WWE has unveiled its newest business venture: a selection of limited edition legends wine. We wonder what could have inspired that idea . . .

WWE has teamed up with Wines That Rock to create the first two products in its new WWE Wines range, featuring company legends The Undertaker and The Ultimate Warrior.

To celebrate The Deadman’s career, a 30-barrel production run has been created to honour his 30-year in wrestling. The wine is a 2018 100% premium Cabernet Sauvignon from Lodi, California aged in oak. 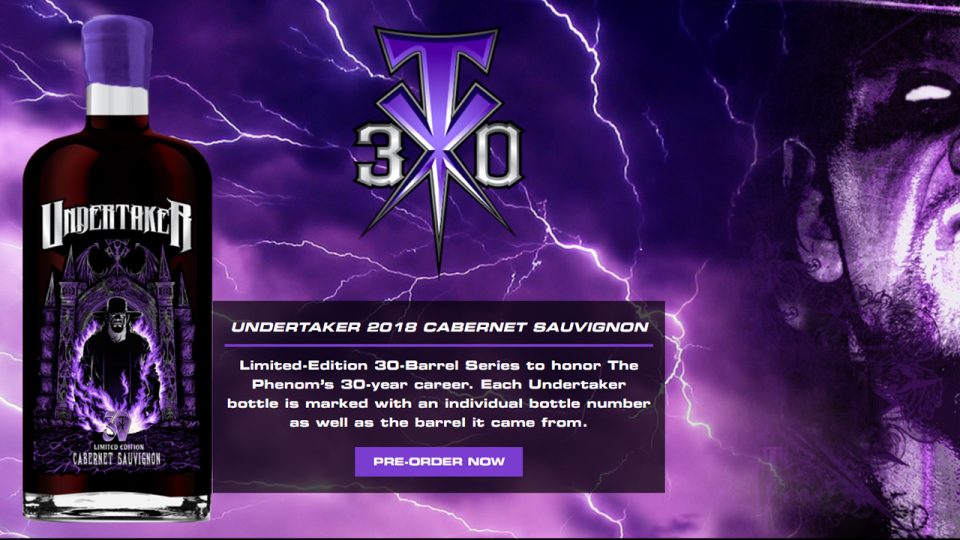 The Ultimate Warrior-themed wine is a high quality, full-bodied and flavourful 2019 Zinfandel (80% Zinfandel, 20% Sangiovese) from Mendocino County. Each bottle will be numbered and will come with one of three corks, each featuring different images and sayings from The Warrior.

This is not the first time in recent years that a wrestling figure has entered the wine market. In November last year AEW star Chris Jericho launched his own range of sparkling wine, ‘A Little Bit of the Bubbly’, based on a catchphrase spawned by his now-famous backstage celebration at AEW All Out 2019 after he became the inaugural winner of the AEW World Championship.

The Undertaker and The Ultimate Warrior are not the first WWE names to receive their own wines either – Carmella also has her own range of wine, which the website describes as “boujee on a budget”.

The Undertaker and Ultimate Warrior-themed wines are pricier than the products from both Jericho (at $23 a bottle) and Carmella (at $17 a bottle); each bottle will set customers back $50 (excluding shipping costs).

WWE will no doubt be hoping to match or exceed the success of Jericho’s product, which sold over 10,000 bottles within the first two days.

WWE’s wine will not ship until October but you can pre-order today at wwewines.com