Having had two years without a UK tour, WWE is definitely making up for lost time by returning to the UK for the second time in a matter of months!

WWE’s UK shows are always much-anticipated, with the audience in the United Kingdom having a reputation for being rowdy – particularly when the shows deliver massive shocks, such as AJ Styles defeating Jinder Mahal for the WWE Championship in 2017.

But when is WWE returning to the UK, and how do you get tickets? Well, we have you covered! 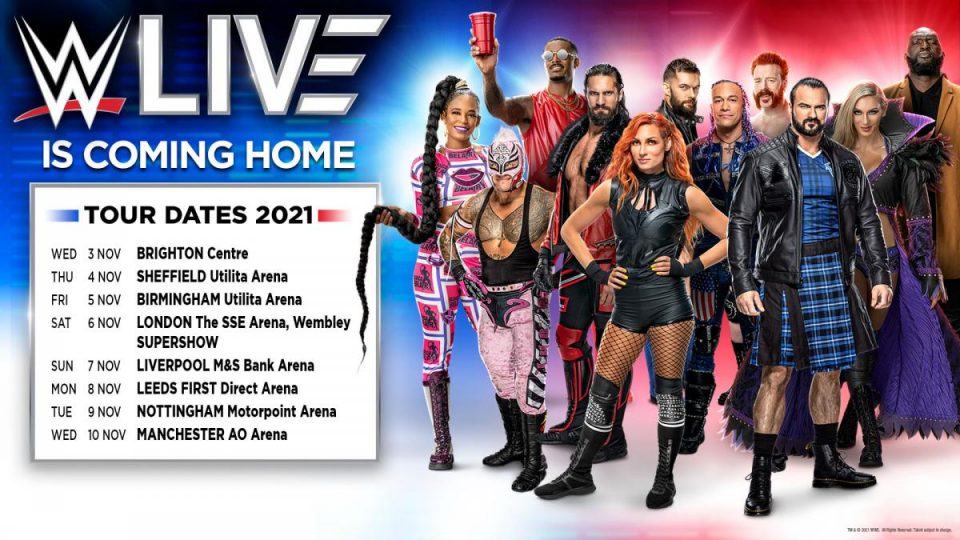 When is WWE coming to the UK?

WWE returns to the United Kingdom with eight dates across England at the beginning of November, from the 3rd until the 10th. There are no dates in Scotland or Wales on the upcoming tour, with WWE visiting Glasgow and Cardiff on their last tour in September.

Brighton, Sheffield and Birmingham will feature the RAW roster, while the SmackDown roster will be appearing at Liverpool, Leeds, Nottingham and Manchester. Meanwhile, the show in London will be a Supershow with Superstars from both brands appearing!

The dates are as follows:

Which WWE Superstars will be on the tour?

BOTH Raw and SmackDown rosters will be making their way across the pond, with a massive Supershow planned for London!

The card for Brighton, Sheffield and Birmingham is as follows:

How can I get tickets for WWE’s UK tour?

You can grab tickets for the WWE Live tour in the UK here!