Monday Night Raw is set to feature the return of John Cena to celebrate 20 years since his WWE debut!

The June 27th episode of Monday Night Raw emanates from the Sames Auto Arena in Laredo, TX and will feature the return of John Cena to the WWE! The 16 time World Champion debuted in the WWE on June 27th, 2002 in a match against Kurt Angle. Though he wasn’t able to defeat the Olympic gold medalist, he showed the sort of ruthless aggression that Vince McMahon had called for on the previous episode of Raw. 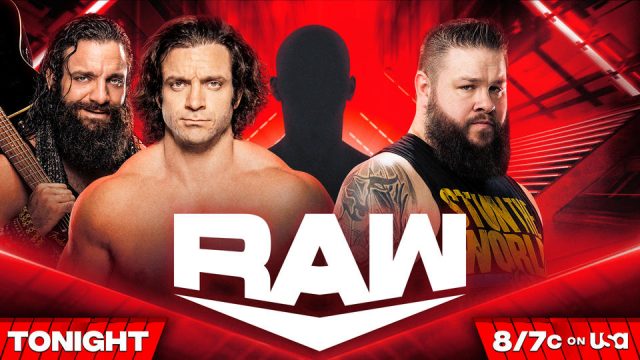 Ever since Ezekiel first came on the scene the night after WrestleMania 38, Kevin Owens has been on a quest to prove that he and his older brother Elias are one in the same. For weeks, Owens has been enraged at the insistence that the two brothers are different people, even going as far as to administer a lie detector test and to secretly collect some of Ezekiel’s DNA (however, the results of the DNA test were corrupted by barbecue sauce).

Last week, Elias made his return to the red brand and reunited with his brother in a segment that has received nearly universal praise from fans. Kevin Owens insisted the two used movie magic to convince the crowd that they were brothers and not the same person, and he demanded to face any member of the family on the June 27th episode of Raw, whether it be Ezekiel, Elias, or an unseen brother named Elrod.

However, it was announced during the show the Kevin Owens match had to be rescheduled, and we’ll have to wait to see which family member he faces at a later date.