The June 20th episode of Monday Night Raw will feature a Money in the Bank qualifier match and the return of Elias!

Emanating from the Pinnacle Bank Arena in Lincoln, NE, the June 20th episode of Monday Night Raw is set to feature the return of Elias to the program to perform a concert for the first time since declaring himself “dead” back in August of 2021.

On the night after WrestleMania, a man who bore a striking resemblance to The Drifter interrupted Kevin Owens during a promo, but claimed to be Elias’ younger brother Ezekiel. In the following months, Owens has been driven mad by trying to prove that the man has actually been Elias all along, even going to the lengths of a lie detector test and attempting to analyze Ezekiel’s DNA.

Last week, Ezekiel announced that his older brother would be making his grand return to Raw to perform a highly anticipated concert.

While Asuka and Becky Lynch were originally scheduled to face off for a chance to qualify as a participant in the Money in the Bank ladder match on July 2nd, plans changed when Bianca Belair revealed that her scheduled Money in the Bank opponent Rhea Ripley was not medically cleared to compete. Instead, she announced that a fatal five way match between Alexa Bliss, Asuka, Becky Lynch, Liv Morgan, and Carmella would determine her contender for the Premium Live Event. 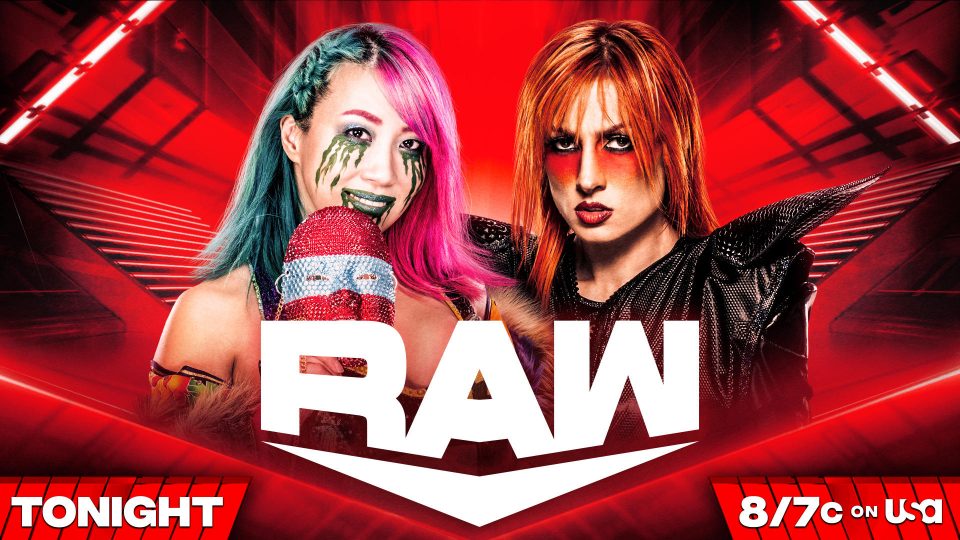 However, after neither woman managed to win the fatal five way match, Adam Pearce announced that the planned Money in the Bank qualifier would take place later in the night.

Meanwhile, WWE announced shortly before the show that Brock Lesnar would be making his return to the red brand after his surprise appearance on SmackDown last Friday.

THE RETURN OF THE BEAST pic.twitter.com/3SodA3E4vz