The first Monday Night Raw after SummerSlam will feature a Tag Team Championship match and determine the next contender for the United States Championship!

Emanating from the Toyota Center in Houston, TX, the post-SummerSlam edition of Monday Night Raw is set to be “packed” according to one report. The August 1st show will feature a blockbuster match for the Undisputed WWE Tag Team Championships when The Usos take on Dominik and Rey Mysterio, who were successful at defeating The Judgment Day with some assistance from a returning Edge.

The Usos have been the reigning Undisputed WWE Tag Team Champions since defeating RK-Bro on the May 20th episode of SmackDown. 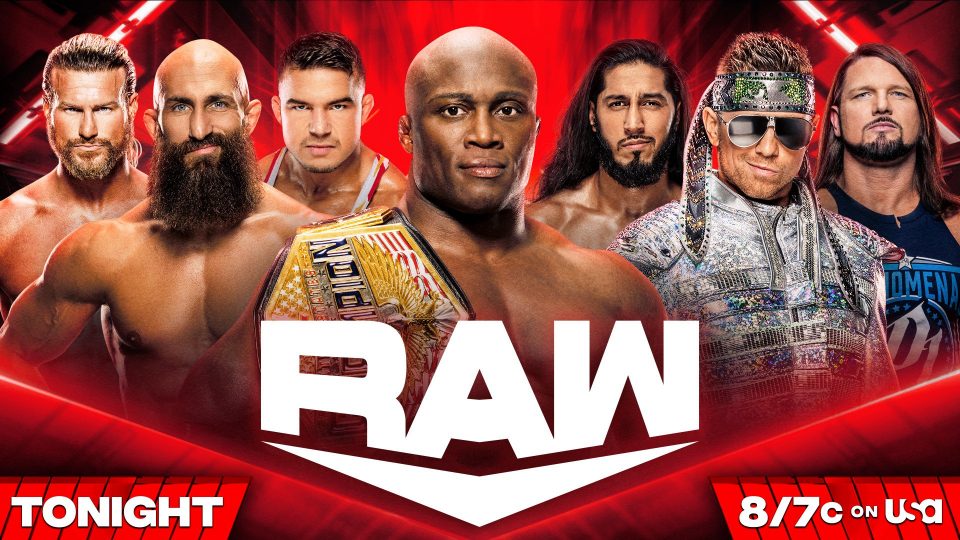 Bobby Lashley was successful in defending his United States Championship against Theory at SummerSlam, and as open challenges for the US Title are no longer being done, his next contender will be determined via a series of triple threat matches on Raw. The first bout will see Dolph Ziggler, Ciampa, and Chad Gable face off, and the second will pit Mustafa Ali, The Miz, and AJ Styles against one another.

The winners of both of those matches will then go one on one with the winner being declared the number one contender to face The Almighty.