Emanating from the Capital One Arena in Washington, DC, the August 15th episode of Monday Night Raw will see Bobby Lashley defend his United States Championship against AJ Styles. The Miz interfered on Ciampa’s behalf in a singles match with AJ Styles two weeks ago, earning Ciampa a title shot. However, after Ciampa came up short last week, the Phenomenal One is getting his chance to once again reign as United States Champion. 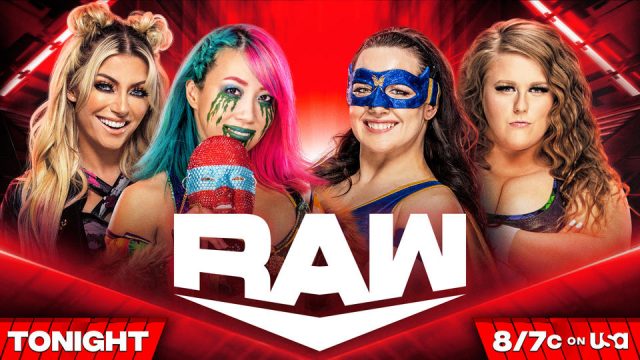 The WWE Women’s Tag Team Title Tournament also continues tonight. The titles were vacated when Sasha Banks and Naomi walked out of the company back in May, and at long last a series of teams are vying for the vacant championships. Last week, Dakota Kai and IYO SKY advanced when they defeated Tamina and Dana Brooke, and this week will see Asuka and Alexa Bliss take on Nikki ASH and Doudrop. 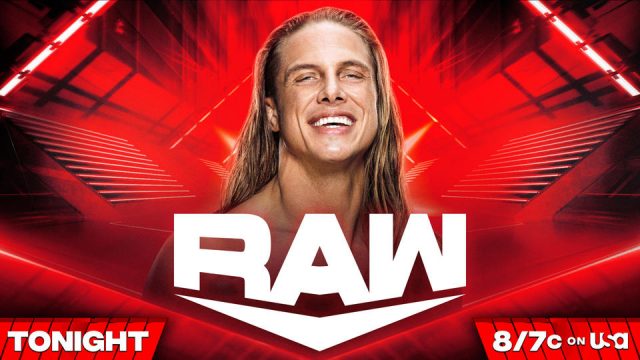 Though Riddle said he was not medically cleared to compete at SummerSlam, the Original Bro showed up in Nashville anyway to confront Seth Rollins after Rollins injured him the previous week. The two brawled, leading to Riddle’s injuries being exacerbated. He’s not been seen on Raw since, but will make his return to television tonight to update WWE fans on his future in an exclusive interview.