The April 18th edition of Monday Night Raw is set to feature a double wedding and multiple title matches!

Emanating for the Key Bank Centre in Buffalo, NY, the April 18th edition of Monday Night Raw will see Theory (formerly known as Austin Theory) challenge Finn Balor for the United States Championship. The two have gone back and forth multiple times over the past few months, with their most recent singles bout taking place on the March 21st episode of Raw. Finn Balor was victorious in that match after interference from Pat McAfee ahead of his match with Theory at WrestleMania 38. 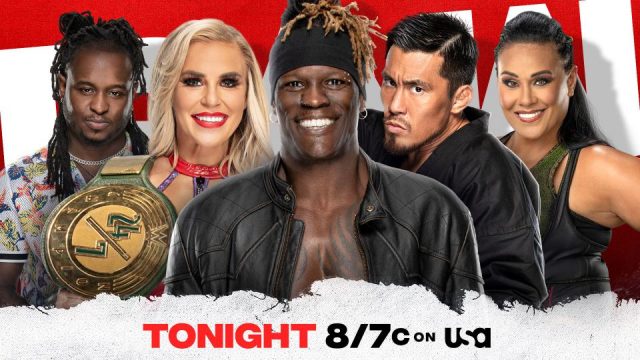 Wedding bells are also set to ring in a double wedding ceremony officiated by R-Truth! Reggie became engaged to 24/7 Champion Dana Brooke on the March 28th episode of Raw, and immediately afterward, Akira Tozawa proposed to Tamina. Last week featured both a bachelor and a bachelorette party, and while Nikki ASH attempted a sneak attack on Dana for her championship, she was unsuccessful when Tamina made the save. R-Truth revealed that he was a licensed officiant and will look to help the happy couples tie the knot. 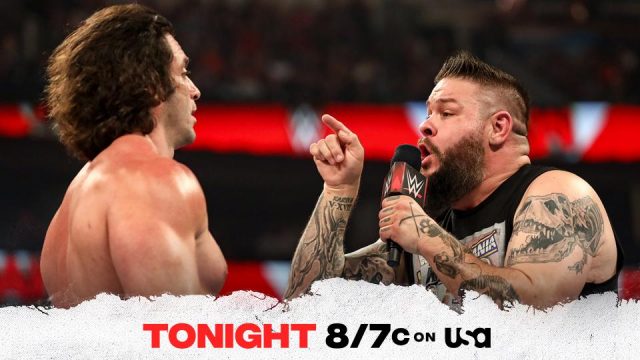 Ever since Ezekiel made his debut the night after WrestleMania, Kevin Owens has been on a quest to prove that the wrestler is not Elias’ younger brother, but is in fact Elias himself with a shaved face. Last week, Owens got permission to make Ezekiel face a lie detector test and hopes to reveal the star’s true identity. 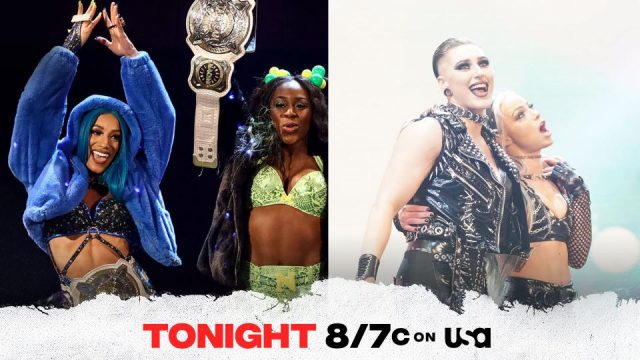 Women’s Tag Team Champions Sasha Banks and Naomi are set to defend their titles against the pair of Rhea Ripley and Liv Morgan. After walking out on her partner the night after WrestleMania, Ripley looked to mend their relationship by securing at tag team title opportunity for the duo, but was absent last week and Liv Morgan had singles matches against Sasha Banks on SmackDown and Namoi on Raw. While she was able to defeat Banks, she lost her match with Naomi.