Monday Night Raw in Detroit, MI will see Cody Rhodes step inside a Raw ring for the first time since 2016 as he takes on The Miz!

The April 11th edition of Monday Night Raw will emanate from the Little Caesar’s Arena in Detroit, MI.

After making his spectacular return at WrestleMania when he was revealed to be Vince McMahon’s hand-picked opponent for Seth Rollins, Cody Rhodes will compete on Monday Night Raw for the first time since his WWE departure in 2016. Cody made it clear last week that his goal is to win the Undisputed WWE Universal Championship, but on his way to a potential match with Roman Reigns, he’ll go one on one with The Miz tonight. 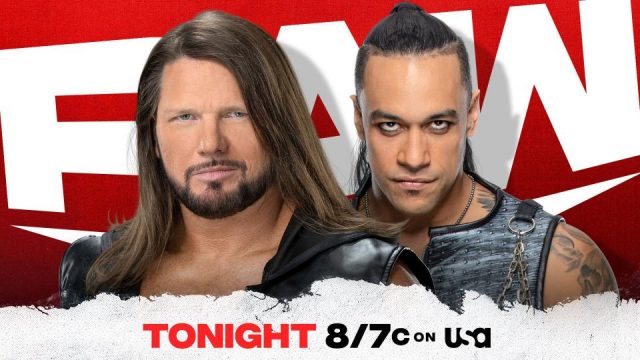 After Damian Priest formed an alliance with Edge at WrestleMania, he is set to face off against AJ Styles, the man he helped Edge defeat on the Grandest Stage Of Them All. Last week, Edge and Damian Priest addressed the crowd about their alliance. While it remains to be seen if they’ll add more members to their ranks, multiple former NXT Champions have been rumored as possible additions.

It’s also expected that there will be fallout from last week’s episode that saw MVP turn on former WWE Champion Bobby Lashley and align himself with Omos.