The May 3rd edition of NXT 2.0 is a special Spring Breakin’ episode that will see Bron Breakker defend his NXT Championship against Joe Gacy. The tension between these men has become extremely personal, starting when Gacy kidnapped Breakker’s father Rick Steiner and then stole his WWE Hall of Fame ring. When Bron Breakker attempted to get the ring back after an episode-long search for Gacy, Gacy put the ring in his foe’s pocket before pushing him off a stage to be enveloped by a number of druids.

Bron Breakker is more determined than ever to hold onto the top prize in NXT as he seeks revenge for the mind games played by Gacy in recent weeks. 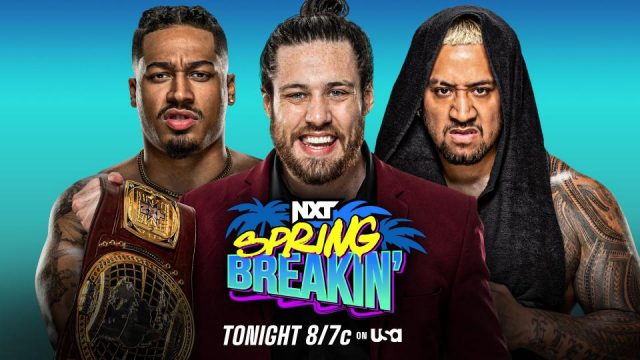 The NXT North American title is also on the line at NXT Spring Breakin’ as Cameron Grimes looks to defend his championship against both Carmelo Hayes and Solo Sikoa in a triple threat match. Solo Sikoa faced Grimes once before in an attempt to become champion, but his attempt was thwarted thanks to interference from Trick Williams. Though Carmelo Hayes became number one contender by defeating Santos Escobar, Solo Sikoa made sure his presence was felt and was granted entry into the triple threat match. 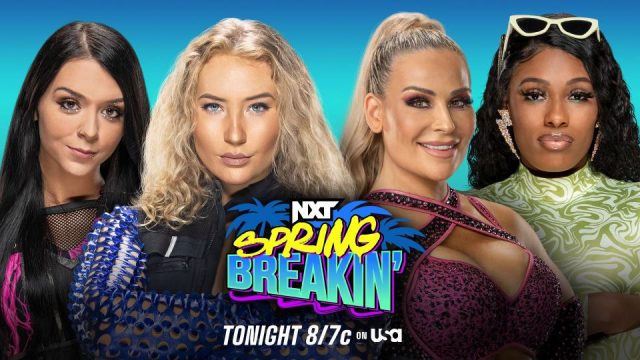 Natalya made a surprise appearance on April 12th and called Cora Jade the future of wrestling before turning on the young star and saying that the future is bleak. Meanwhile, Lash Legend has been angry at the popularity of viral star Nikkita Lyons for weeks, and is looking to gain a victory as she’s been defeated by Lyons twice before. Last week, after Legend suffered another defeat, Natalya came out to help her beat up Nikkita Lyons, but Cora Jade made the save. 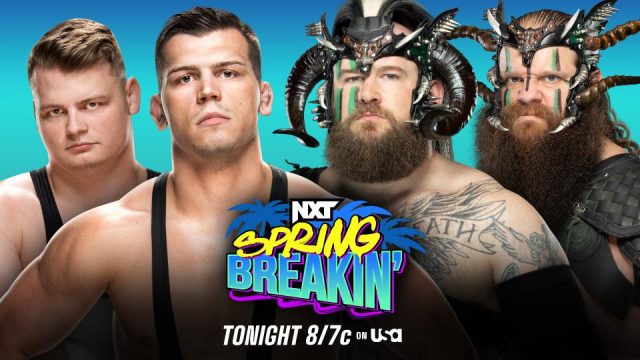 Natalya isn’t the only SmackDown Superstar making an appearance on Spring Breakin’ as the Viking Raiders will face off against Diamond Mine members the Creed Brothers. Last week, Roderick Strong invited the Viking Raiders to NXT 2.0 in an attempt to test his fellow Diamond Mine stablemates and prove that they can be winners once again. 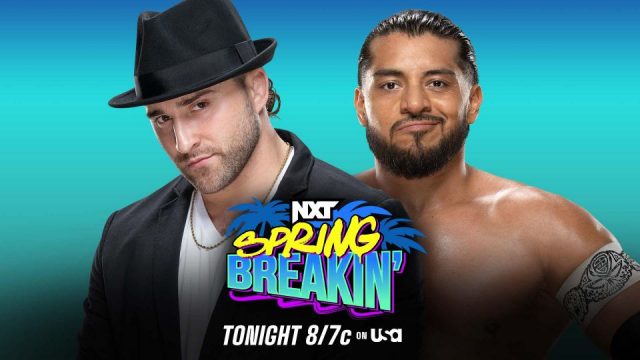 After weeks of Santos Escobar and Legado del Fantasma looking to undermine Tony D’Angelo’s place as Don of NXT, the two men will have a sit down meeting with members of both “families.”