WWE has released over 100 pictures from WrestleMania 38, capturing candid backstage moments between Superstars at the two-night spectacular.

WrestleMania 38 was the first WrestleMania event back at capacity since 2019, and the ‘Showcase Of The Immortals’ more than delivered on the hype. From Roman Reigns becoming the Undisputed WWE Universal Champion to Vince McMahon’s unexpected return to the ring and Cody Rhodes making his much-rumoured return to WWE, the event exceeded many fans’ expectations.

Now, WWE has released dozens of photos taken backstage during the extravaganza. These show moments such as Hall of Famers The Undertaker and Steve Austin sharing a joke before the event and meeting various stars, Superstars waiting for their turn to go through the curtain, and Cody Rhodes entering a WWE arena for the first time in six years.

Get a candid look behind the scenes of #WrestleMania Weekend https://t.co/2Gp08duvPwpic.twitter.com/cRXUvuQzd7

One of the most bizarre matches in WrestleMania history saw Sami Zayn being defeated by Johnny Knoxville and the Jackass crew when he was trapped in a giant mousetrap. Perhaps even stranger is the backstage picture of The Undertaker hanging out with Knoxville and his gang. 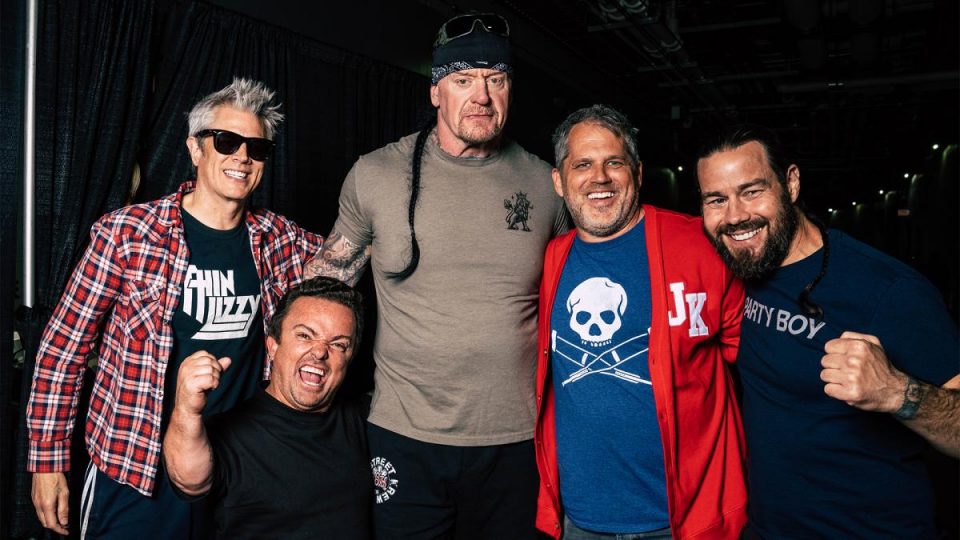 WrestleMania 38 took place over two nights on April 2-3 at the AT&T Stadium in Arlington, Texas. You can read the full results from night one at this link and night two here.