Luke Rhodes, star of BBC One’s MasterChef: The Professionals, revealed he has a side gig as a professional wrestler on the show’s latest episode and Inside The Ropes has uncovered exclusive details surrounding his in-ring career so far!

Alongside working as a sous chef in Sheffield and running his own business, Rhodes revealed to host Gregg Wallace that he also performs as a professional wrestler on the side! Wallace went on to ask if there were any similarities between cooking in the kitchen and grappling in the ring:

More than you’d think: The pressure, you’ve got to perform in front of people, if you don’t do a good job they’ll let you know about it! It’s pretty, pretty similar. *laughs*

Inside The Ropes can confirm that Rhodes performs for Sheffield-based promotion Elite British Wrestling under the ring name The Watcher! Rhodes’ alter-ego can be determined through the two photos below, in which the tattoos on his left arm match up exactly: 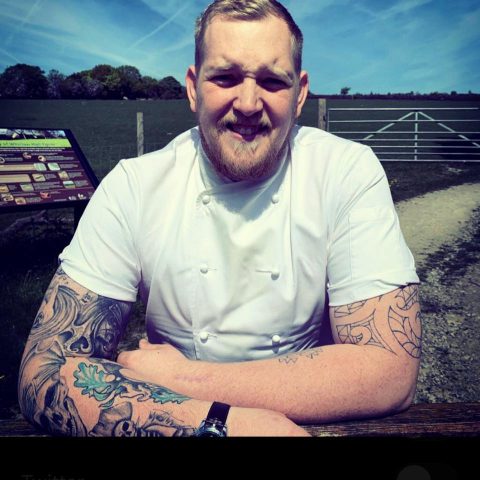 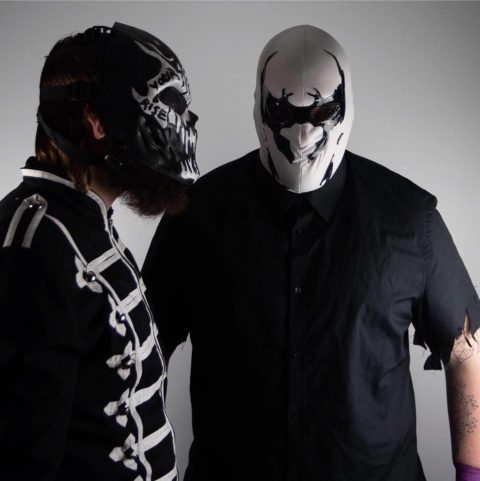 Rhodes began training in November 2017 at the National Community Wrestling Alliance, Elite British Wrestling’s training school. His character The Watcher was seemingly introduced around mid-2018 and takes inspiration from the DC Comics’ series Watchmen, with his mask design being based on the antihero Rorschach!

Most recently, The Watcher has been a part of the promotion’s CarnEvil faction alongside Jim Maguire and Alex Sallers. In his last appearance between the ropes in February, he and Maguire unsuccessfully challenged for the EBW Tag Team Championship in a four-way tag match at EBW Apocalypse Now? 2020.

Luke Rhodes has thankfully found more success whilst appearing on MasterChef: The Professionals as he survived his heat round and made it through to the quarter-finals, after impressing the judges with his pan-roasted cannon of lamb main and dessert of pistachio cake.

You can catch up on every episode of MasterChef: The Professionals Series 13 so far on BBC iPlayer. If you use any of the transcriptions or information in this article, please credit Inside The Ropes with a link to this article.