Carmella and Queen Zelina will defend their Women’s Tag Team Championship in a triple threat match at WrestleMania 38! 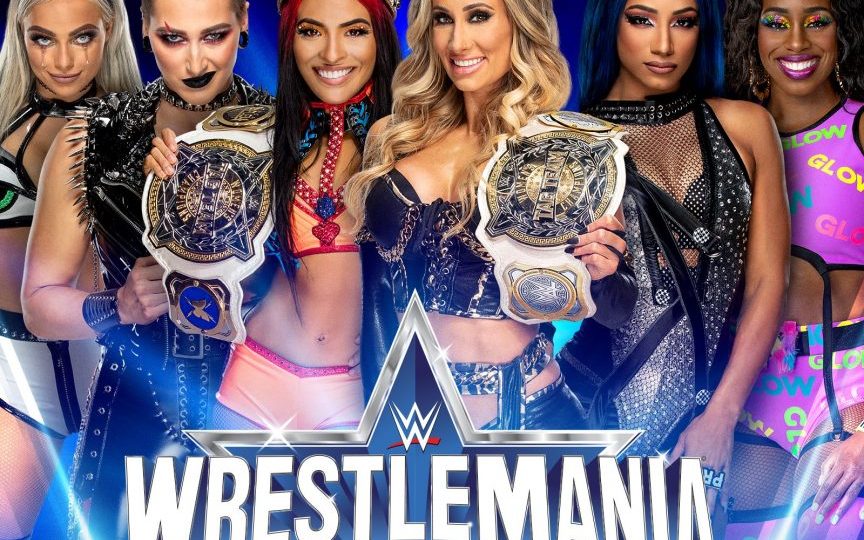 On the most recent episode of SmackDown, Sasha Banks faced Shotzi in one on one action. Naomi sat on commentary for the match, and after Banks successfully defeated Shotzi by submission, Naomi joined The Boss in the ring and declared that they are now a tag team. She also said “You’re looking at the next WWE Women’s Tag Team Champions!” Sasha and Naomi were previously part of Team BAD (which stood for Beautiful and Dangerous and also included Tamina) back in 2015, but have not been aligned in tag team action since.

Sasha Banks was one of the inaugural women to win the WWE Women’s Tag Team Championship alongside her former partner Bayley, who is currently sidelined with an injury but has been rumored to return to television regularly right around the time of WrestleMania.