Love is in the air for WWE Superstar Toni Storm as she has announced her engagement to current New Japan Pro Wrestling star Juice Robinson.

The SmackDown star took to social media to reveal the happy news, sharing an image of Robinson down on one knee popping the question as well as a closer look at her ring, adding the caption: 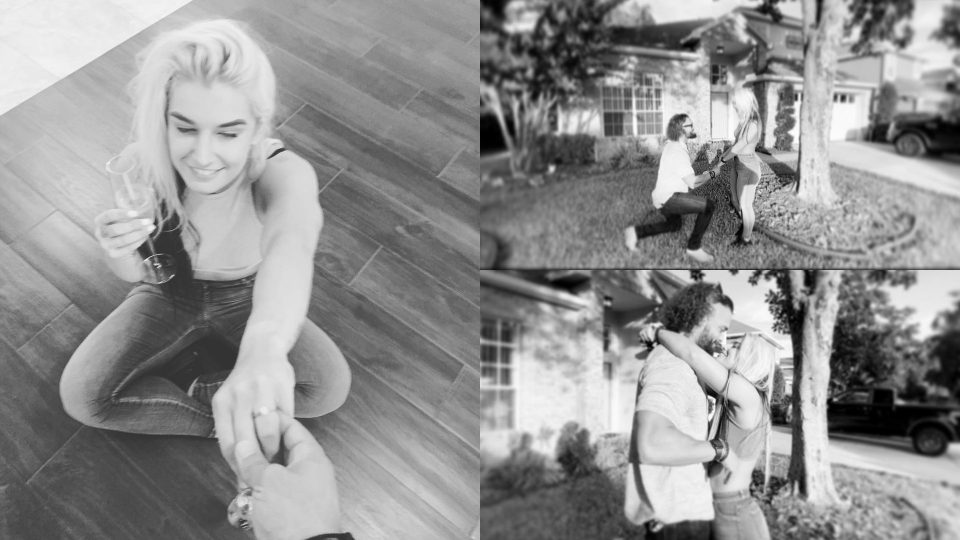 25-year-old Storm and 32-year-old Robinson went public with their relationship in the summer of 2020.

Toni Storm signed with WWE in 2018 after competing in the 2017 Mae Young Classic Tournament. She entered the event again in 2018, winning the whole competition by defeating Io Shirai at the historic WWE Evolution pay-per-view in October of that year.

Storm captured the NXT UK Women’s Championship in January 2019 by defeating Rhea Ripley. Toni Storm held the title for seven months before losing the gold to Kay Lee Ray for her record-setting run.

Toni Storm debuted on SmackDown in July 2021, defeating Zelina Vega in her opening outing on the blue brand.

Juice Robinson has been a mainstay of New Japan Pro Wrestling since 2015 after previously competing in WWE as CJ Parker on the NXT brand. Robinson worked his way up from Young Lion status in Japan and became IWGP United States Champion for the first time in July 2018 when he defeated Jay White. Robinson lost the title two months later to Cody Rhodes before becoming a two-time champion when he defeated Rhodes in what was the American Nightmare’s last NJPW match at WrestleKingdom 13 in 2019.

Juice Robinson has competed for IMPACT Wrestling in 2021, capturing the IMPACT Tag Team Championship with long-time partner David Finlay. Robinson has also been featured on many NJPW Strong shows that have taken place throughout the United States.

Everyone at Inside The Ropes sends their congratulations to Toni Storm and Juice Robinson on their engagement and wishes the couple all the best for their future.