AEW and NJPW’s first-ever inter-promotional PPV, Forbidden Door, was an epic PPV that saw stars from both promotions go head-to-head in a series of first-time-ever matches and multiple title bouts, but one company that was originally mooted to appear was STARDOM and now we know why that didn’t happen.

One such title match at Forbidden Door saw Thunder Rosa defending the AEW Women’s World Title against Toni Storm. This was the only women’s match on the card, due to NJPW not having a women’s division.

Despite not having a women’s division, STARDOM, Japan’s biggest and best Joshi promotion, is owned by NJPW’s parent company Bushiroad. Since the merger in 2019 the two promotions have worked together with Joshi matches taking place on NJPW shows.

The partnership led to speculation that the likes of Giulia, Thekla, and Syuri could feature on the show. Unfortunately, a STARDOM invasion didn’t take place but speaking on the post-show media scrum, Tony Khan revealed he wanted to use said talent, but there was no way of working out the logistics:

“I was interested in using Stardom, obviously they have a close relationship with New Japan, and all the wrestlers from Stardom were pretty much booked and they didn’t have visas. It was a big obstacle. There is definitely potential there.

Tony Khan went on to explain why in the absence of STARDOM competitors, Toni Storm was the perfect choice to challenge Thunder Rosa:

“Certainly, Toni is one of the hottest and rising stars in AEW since she arrived in AEW. I thought it made great sense because she’s been a champion in Japan, has great experience at Stardom, and is someone who has been on our TV. It was a great match we could build to. It was not a blood rivalry. It was forged in mutual respect and fought it with honor. It was a great wrestling match and it was cool.

I thought Toni was the perfect choice given who was on our TV, who was pushed, and knowing that, while it would have been another challenge, in addition to many other challenges, to take people from Stardom and get them over on our TV, it would have been possible to do it, absolutely, but availability is the greatest ability of all in this business and most businesses.

In this case, there was no availability. Toni, for many reasons, was a great choice and they had a great match.”

Storm is a former World of STARDOM Champion. She defeated Mayu Iwatani for the promotion’s top title in 2017 before signing for WWE. 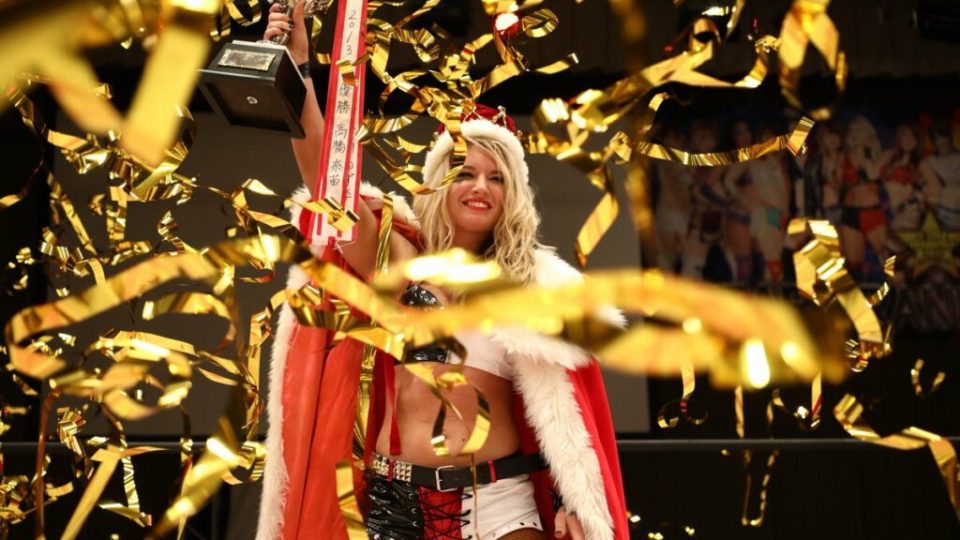 Thunder Rosa also announced that she is returning to Japan to wrestle for Tokyo Joshi Pro, where she held the International Princess Champion in 2020.