Roman Reigns had a hilarious response to finding out his catchphrase is being used on a set of boxer shorts!

WWE is a merchandise-producing machine, creating items for sale that range from lucrative to flat out bizarre. One recent item that has fans talking is a set of Roman Reigns-themed boxer shorts that have the Tribal Chief’s “Acknowledge Me” catchphrase scrawled across the crotch area. 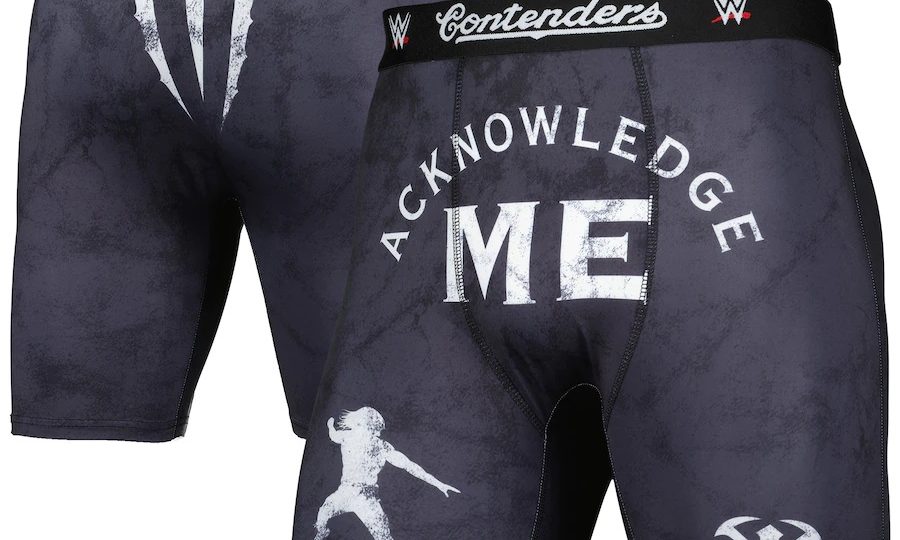 During a recent appearance on the Sports Illustrated Media Podcast, interviewer Jimmy Traina asked Reigns whether he was aware of the merch design. Laughing, the Undisputed WWE Universal Champion said he wasn’t aware of the boxers previously, but then hilariously said that it could be helpful for “shy guys” who don’t know what to say during a date.

“That’s when you drop them and there are no words needed. I’m trying to help my people out. Strong and silent. It’s for the shy guys. You know what they say about shy guys, right?”

It seems that people may be taking Roman up on this advice, as at the time of this writing, the boxers are sold out on WWEShop.com. However, fans may opt for the t-shirt demanding that people “Acknowledge Your Daddy” that still has limited quantity available.

Roman Reigns will be facing Drew McIntyre for the Undisputed WWE Universal Championship at Clash at the Castle this weekend in Cardiff, Wales.