Sean Waltman might be approaching fifty but he has shared a photo of himself in incredible shape after building a gym at home.

The former 1-2-3 Kid, Syxx, and X-Pac has been a high-profile figure in the wrestling industry since he broke onto the WWF scene in spectacular fashion in the early nineties. Waltman, who was wrestling as The Kid at the time caused one of the first sensations on Monday Night RAW when he caused a major upset in defeating Razor Ramon.

Incredibly just days after that monumental win, Waltman went to compete in the Top Of The Super Juniors tournament for New Japan Pro Wrestling where he shared the ring with the likes of Fit Finlay, Jushin ‘Thunder’ Liger, Chris Benoit, and Eddie Guerrero. A year later on RAW Waltman shared the ring with Bret ‘Hitman’ Hart in a match WWE declared the third-best in RAW history. That match has been in the news in recent days after CM Punk and Darby Allin paid tribute to the match at All Out.

Waltman was a part of the backstage faction The Kliq and became the first man to be both a member of the nWo in WCW and D-Generation X in the WWF. As X-Pac, Waltman returned to the WWF on the night after WrestleMania 14 as DX underwent a change of leadership following Shawn Michaels stepping away from the ring. It was as a member of these two groups that Waltman joined an elite group who have been inducted into the WWE Hall Of Fame twice.

Despite having his last match in 2019, Sean Waltman has taken to social media to show off the incredible results after building a gym in his house, saying:

“Getting back in shape. Built a gym here at home, so I don’t have to leave the house to work out every day.” 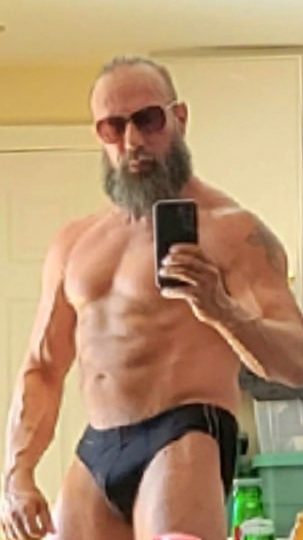 Getting back in shape. Built a gym here at home, so I don't have to leave the house to work out every day. pic.twitter.com/mJKQTLDsCJ

Wrestling Roast #62 – KJ & Oly In The Multiverse Of Wrasslin’

This week, KJ & Oly roast the ridiculousness that was NXT Spring Breakin’ including a… Listen