The last time Sasha Banks was seen in the ring was at a WWE Live Event in Roanoke, Virginia, on May 15th, 2022. The day after that event, she and her fellow WWE Women’s Tag Team Champion, Naomi, walked out of an episode of Raw as it aired, handing their belts over to then-Head of Talent Relations John Laurinaitis before they left.

Since then, speculation has been rife about when we will see the pair wrestling again. For her part, Sasha Banks has hinted at her next move in an Instagram story.

Is Shasha Banks heading to Japan?

In the story, The Boss has shared an image of a potential match between her and another former WWE Superstar, KAIRI – formerly known as Kairi Sane.

The image also features one of New Japan Pro Wrestling’s newest titles, the IWGP Women’s Championship. Banks has already captured all of the women’s titles WWE has to offer, so this could be an indication that she’s looking further afield for her next challenge. 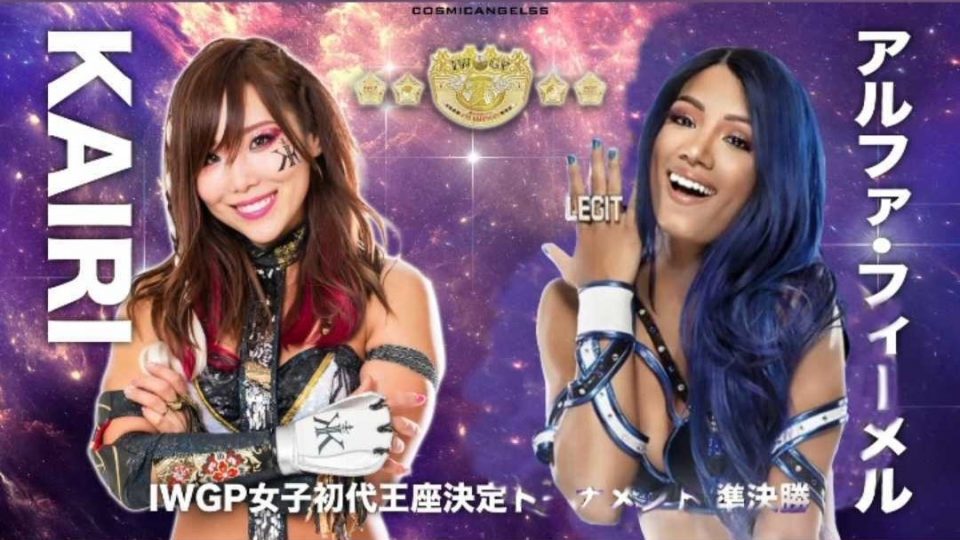 The creation of the IWGP Women’s Championship was announced by NJPW’s sister promotion, Stardom, on July 29th. The inaugural champion will be decided in a tournament which began at NJPW Royal Quest II in the UK on October 2nd. The final will be held at the NJPW x Stardom Historic X-Over event on November 20th in Tokyo, Japan.

KAIRI is part of the tournament’s international bracket and has received a bye to the semi-finals which will be held on October 23rd at Goddesses of Stardom Tag League 2022 Night 1.

KAIRI is the 3rd entrant in the IWGP Women’s Title tournament in the International Bracket!#Stardom

Triple H recently discussed the possibility of Sasha Banks returning to WWE, saying that communication had previously broken down between the two parties and it was a process to start that back up. He also noted it really comes down to what Banks wants to do with her career.

In a potentially positive sign for those hoping to see Banks back in the company, Michael Cole mentioned the star at Extreme Rules, discussing her legendary rivalry with Bayley in their NXT days.