Ring of Honor has announced the brackets for their upcoming Pure Title Tournament.

The tournament will feature 16 competitors, split into two blocks, and will be of single-elimination format.

Of the field of competitors, only Jay Lethal has carried the Pure Title before, having defeated John Walters for the belt back in 2005. He managed just two defences before dropping the title to his mentor, Samoa Joe.

Here is a full list of the tournament entrants and their respective blocks: 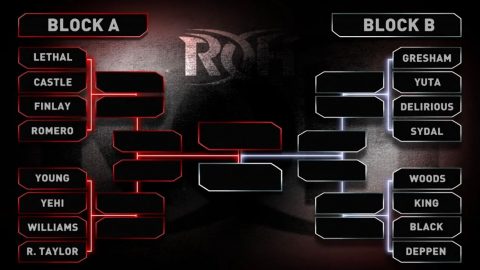 The Pure Title debuted in Ring of Honor in 2004 with AJ Styles as its inaugural champion. In its brief lifespan, the belt was held by seven different competitors prior to being unified with the ROH World Title by then-champion Bryan Danielson (aka Daniel Bryan in WWE).

Pure matches are contested under a specific rule set whereby the Code of Honor pre-match handshake must be adhered to, wrestlers have a maximum of three rope breaks each with which to escape pins or submissions and outside interference is strictly prohibited.