Following Holland’s fleeting victory over fellow Brit, Danny Burch, the powerhouse refused to cease his attack on Burch and found himself the target of Oney Lorcan who raced to the ring in order to save his partner.

At the conclusion of several pull-apart brawls, Lorcan threw himself over the top rope onto Holland whose ankle seemed to give way and bend in sickening fashion. 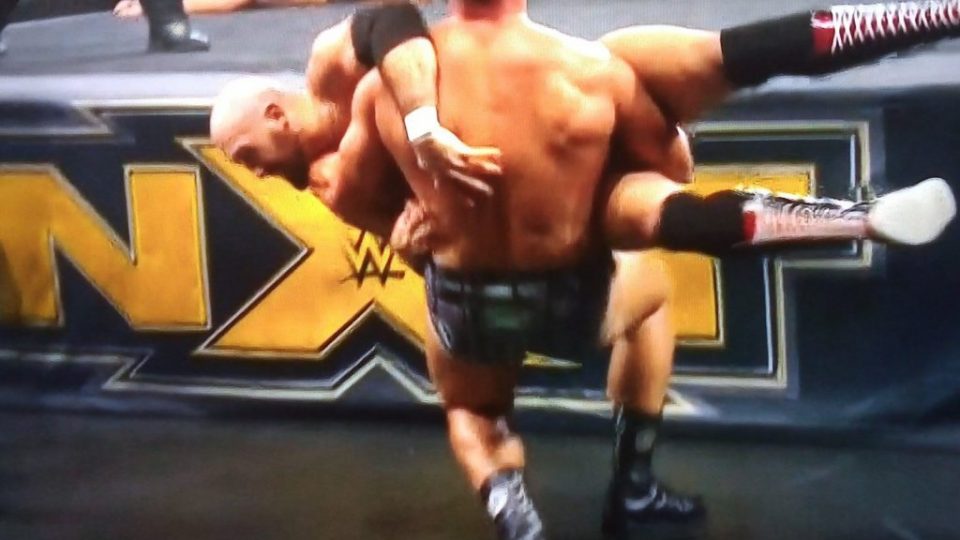 Once the referee had thrown up the dreaded ‘X’ symbol to signal that something had gone awry, the talent was stretchered from the Capitol Wrestling Center and gave those in attendance a thumbs up.

The injury couldn’t have come at a worse time. Ridge Holland was experiencing a mega-push subsequent to his unexpected jump from NXT UK and was deeply involved in an intriguing rivalry with Undisputed Era leader, Adam Cole.

At the culmination of NXT TakeOver 31, Holland was seen carrying an injured Cole through the crowd before dumping him over the barricade. The result of that unseen attack was several broken ribs and as Holland alluded to last night, a higher power who had paid him to target the former NXT Champion.

Inside The Ropes will keep you up to date as soon as more details become available. We wish Ridge Holland a speedy recovery.