One of the most surprising, yet wonderful, moments on AEW Dynamite in 2020 was undoubtedly Jon Moxley’s subtle announcement that he was going to become a father, confirming the pregnancy of wife Renee Paquette.

Well, almost six months on and Paquette, formerly Renee Young in WWE, has bared all in a stunning photoshoot to her baby bump – with one of wrestling’s premiere names in photography, Ryan Loco, sharing the image.

Paquette’s pregnancy photoshoot was for People Magazine with the broadcaster sharing her maternity experience.

“I’m just in the waiting period now, but I’ve had such an easy pregnancy. I’ve not been sick, I’ve been able to work out the whole time, I’ve launched my podcast, so I’ve just been busy and I’ve actually been able to just enjoy it.”

The candid photoshoot shows Renee in all her natural maternal beauty, posing topless with sunflowers, which is wonderfully contrasted by photos of her also sitting eating cup noodles in her underwear – as well as a couple of shots of Paquette with Jon Moxley and their dogs, whose t-shirt pays tribute to the late Danny Havoc. 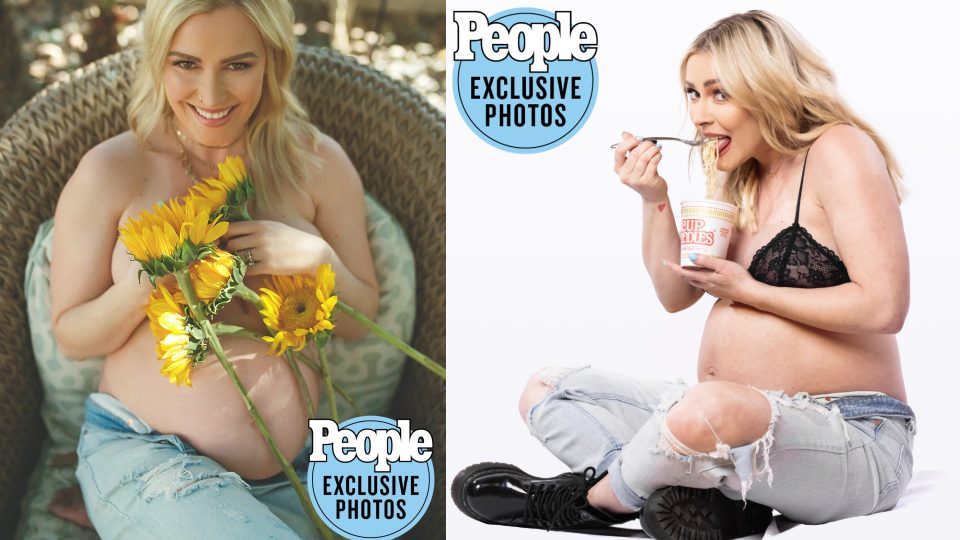 The former WWE announcer even said she loves being pregnant, and hinted that another mini Moxley might be on the way.

“I’m obsessed with being pregnant — I love it. It’s funny, I saw some friends the other day and I was like, ‘Yeah, it sort of feels like it’s that trick that Mother Nature does where it’s like, ‘You love being pregnant.’ Now the next pregnancy is probably going to knock my ass down!”

Back in November, then-AEW World Champion Jon Moxley subtly revealed that he had a “pregnant wife at home” – whipping the internet into a frenzy about Renee, before an ecstatic Tony Khan confirmed the news on Twitter, calling it “the best news ever broken on Dynamite.” 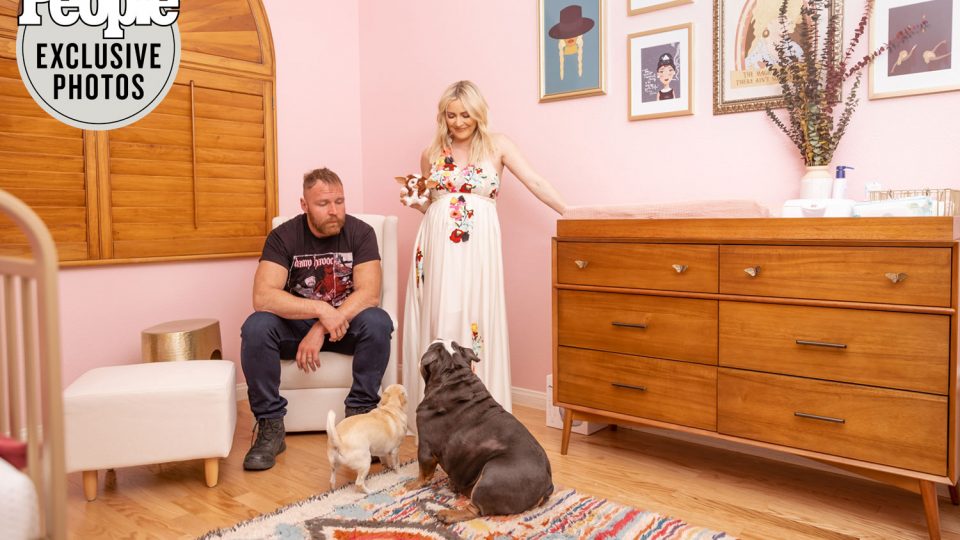