The stars of NXT UK are all too used to battling one another, and sometimes in tag team action, but it was all tag and no team as four of the brand’s top stars went to war on a different type of canvas – in a graffiti contest!

As the four NXT UK stars walked into familiar surroundings to see the new mural, they were visibly blown away – with Noam Dar joking, “I thought I was going to have to pretend that it was good!” 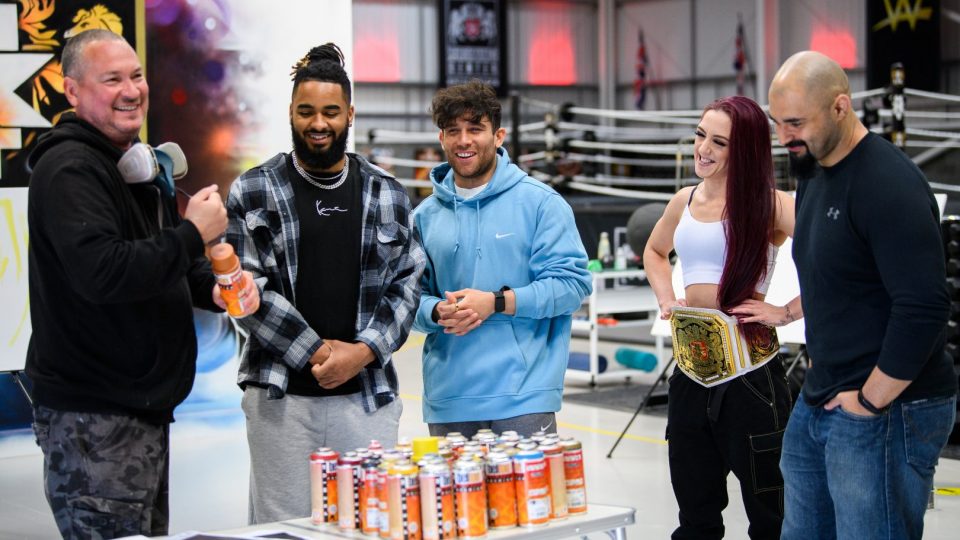 Mr Cenz stepped up to some of the UK’s premiere athletes and issued a challenge of his own – to recreate his Performance Center mural by themselves! While blending creativity and discipline comes as second nature to the stars of WWE in the ring, graffiti is a whole other ball game as can control and colour-blending were their new opponents.

The stars of NXT UK were given 20 minutes to create their own versions, while Noam Dar cheekily tried to spray the canvas of his opponents. Win by any means necessary!

Rampage impressed Mr Cenz with his colour reversal, while Dar opted to swap out ‘NXT UK’ for ‘ND 11’. Oliver Carter’s “energy” impressed as the Swiss-Ghanaian star brought his African roots to the forefront of the piece by adding the Ghana flag to the bottom. Meanwhile, Kay Lee Ray’s “composition and scale” caugth the eye of Mr Cenz.

But who would emerge victorious?

Well, Kay Lee Ray isn’t just the ‘Forever Champ’ in the ring, as the NXT UK Women’s Champion picked up the win! Oliver Carter was judged in second place, while Rampage finished third and a…rather disheartened Noam Dar refused to finish in last place – adjudging that Mr Cenz mural was in last place before flipping over the table of spray paint cans and taking to the streets to sell his creative art.

The Scottish Supernova then took to the streets to sell his piece of art for a modest sum of £5. 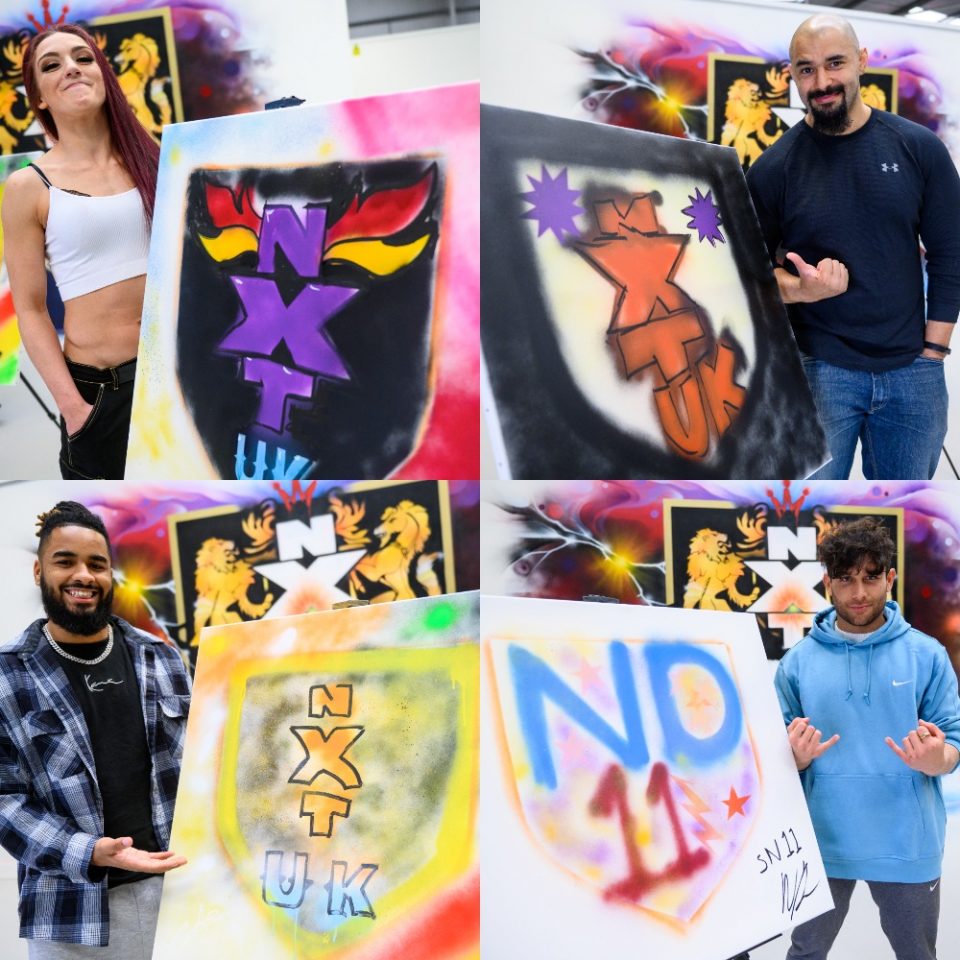