The March 15th episode of NXT 2.0 is set to feature a special edition of MizTV!

As announced on Monday Night Raw, MizTV is making its way to NXT for the very first time as The Miz is set to interview new NXT Champion Dolph Ziggler. Ziggler won the championship in a triple threat match last week, pinning Tomasso Ciampa after interference from Robert Roode kept Bron Breakker from breaking up the pinfall.

Elsewhere on the show, Indi Hartwell will take on her tag team partner Persia Pirotta in one on one action to determine which woman is the best. The two friends have been at odds in recent weeks as Persia has become romantically involved with Duke Hudson, who dated Indi Hartwell previously. Despite the romance between Hudson and Hartwell being long over, Indi isn’t a fan of her friend going after someone she doesn’t trust. 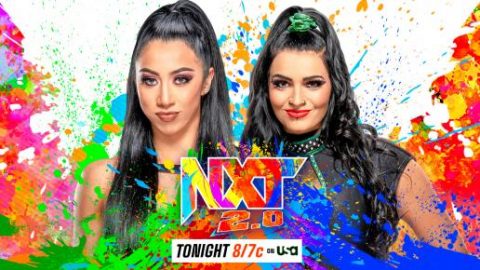 Last week, Carmelo Hayes announced that he would defend his NXT North American Championship in a ladder match at Stand & Deliver, and this week the first entrant into the ladder match will be determined when Cameron Grimes faces off against Santos Escobar. 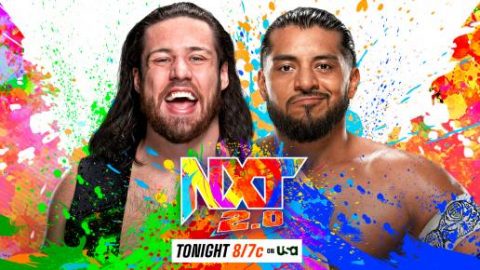 NXT UK sensation A-Kid is also set to make his debut on the rainbow brand as he faces former Cruiserweight Champion KUSHIDA.

After Sarray cost her a match against Fallon Henley on last week’s episode, Tiffany Stratton will go one on one with the Japanese superstar. 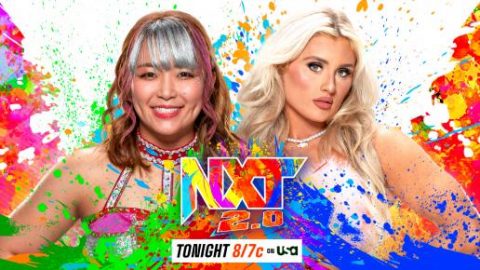 Full results can be found below.