Nikki Bella stepped away from the judges’ table on America’s Got Talent: Extreme to teach some contestants a lesson!

The most recent season of America’s Got Talent: Extreme saw WWE Hall of Famer Nikki Bella join its cast as part of a judging panel alongside Simon Cowell and Travis Pastrana.

On a recent episode, a group of four contestants calling themselves America’s Little Sisters showed up in 80’s inspired wrestling gear. When asked why they wanted to compete on the show, one contestant said:

“We want to expand our sisterhood and inspire more people to start wrestling and connecting.”

Nikki Bella seemed impressed by the group until they revealed that they were Jello wrestlers, who instead of wrestling each other, actually wrestled the Jello itself. Bella seemed doubtful that the Jello was very extreme, but the contestants assured her that she would see how extreme things could get. Despite looking unsure, Nikki Bella wished them luck. 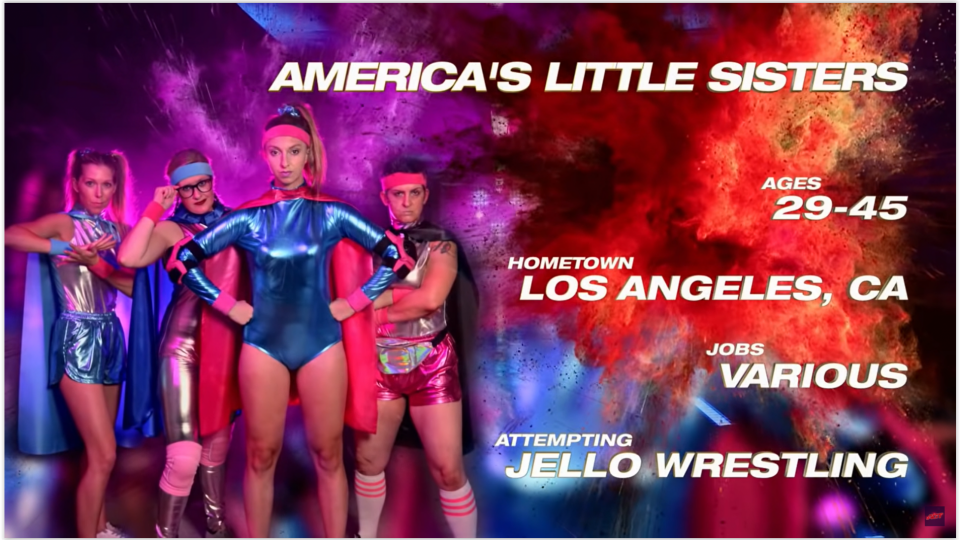 However, when their performance started, the four women splashed around in pools of jello and lightly tapped chairs together. They were quickly given the boot by all three judges, who weren’t impressed with the antics.

The girls looked shocked that they’d all been given the X, and Bella explained:

“I wouldn’t have hit an X if you girls could’ve done it like me. In fact…”

With this, Nikki Bella took off her earrings and got up from the judges’ table, making her way to the contestants. She grabbed the leader who’d introduced the group and proceeded to suplex her into the tub of Jello, much to the delight of the audience in attendance. She also pinned the woman in the pool for good measure before being joined in the Jello by fellow judge Travis Pastrana and host Terry Crews.

America’s Got Talent: Extremeairs on the NBC network in the United States every Monday at 8pm ET.

Nikki’s sister Brie Bella was also part of a reality competition series recently when she was a contestant on The Real Dirty Dancing.

Though the Bella Twins have confirmed that they will never return to full time wrestling, the pair did make their return as part of the 2022 Royal Rumble. As retribution for being eliminated by her sister last year, Nikki Bella was eliminated by Brie Bella before Brie was eventually thrown out by eventual winner Ronda Rousey.