Lacey Evans has landed herself in hot water after sharing a highly controversial post seemingly denying the existence of autism and ADD.

The post which is video clip came with the headline, “ADD, Autism didn’t exist before.”

After being called out for the post, Evans responded by telling people to watch the video as the headline is misleading. This post, and the original post have since been deleted. However, you can find screenshots below.

“Side Note. Like EVERYTHING else in life (headline is misleading) Watch the video.

He literally says there has been a huge difference in health since eating processed foods.”

As someone with an autistic family member, seeing her completely dismiss a serious neurodevelopmental disorder really pisses me off. pic.twitter.com/hlbJDTqKCC 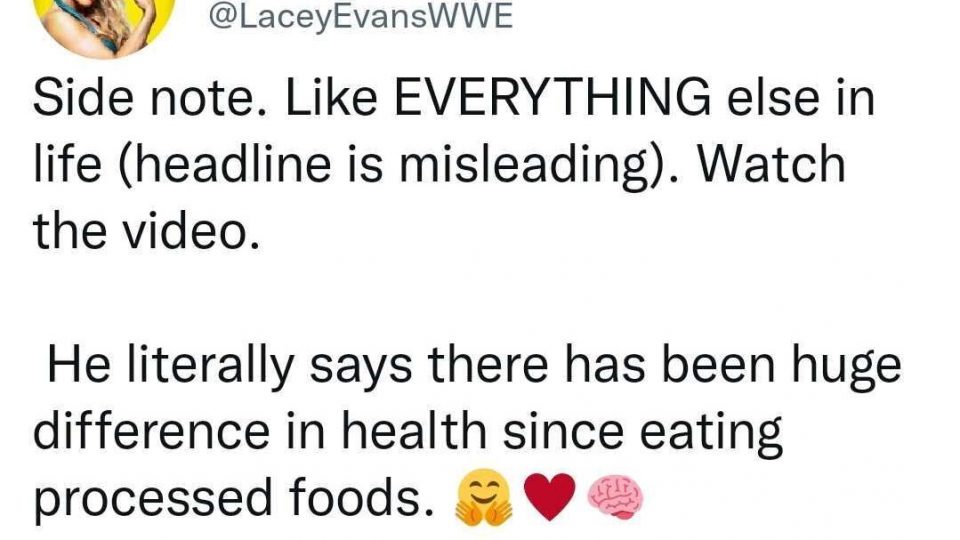 Lacey Evans hasn’t wrestled on WWE television since the November 11th edition of Friday Night SmackDown. On that occasion she competed in a six-pack challenge to crown a new number one contender for the SmackDown Women’s Title. Prior to that, Evans wrestled twice in September, which in turn were her first matches since July.

Evans signed with WWE in 2016 following a career in the United States Marines. After a stint in NXT, Evans arrived on the main roster 2019 and has appeared on both Raw and SmackDown. Her highest profile storyline to date came in early 2021 where she became aligned with Ric Flair.

Flair managed Evans as she battled his daughter Charlotte, but the storyline came to an abrupt end with Evans announcing she was pregnant in February.

Following the birth of her second child, vignettes for Evans’ WWE return began appearing in April 2022, showcasing a more ‘real’ side to her character. This led to a confusing two-month spell where Evans was set to appear on Raw before moving back to SmackDown, finally making her in-ring return on June 10th.

At time of writing Lacey Evans is seemingly undergoing another character overhaul, with military themed vignettes airing on recent episodes of SmackDown.