One week after Tony Khan purchased Ring Of Honor, Jim Cornette has weighed in on the matter.

On the 3 March broadcast of AEW Dynamite, Tony Khan revealed that he had taken over control of Ring Of Honor. The former Sinclair-helmed promotion had been on hiatus since their Final Battle pay-per-view in December, with their comeback event scheduled for Supercard Of Honor XV on 1 April, which will be the first show under Khan’s pen.

Although the overwhelming response was largely positive, famed wrestling promoter Jim Cornette wasn’t so keen on the manner in which the AEW CEO delivered the announcement of his purchase. Believing that announcements of this magnitude deserve the pomp and circumstance, Cornette let his opinion known on his podcast, the Jim Cornette Experience:

“I’m not going top*ss all over this yet, because I don’t know what they are going to do. But I am going to p*ss over the way that they announced it. Jesus Christ! Is it just a completely mystifying thing that if you are in the business of promotion, then you should promote things and make things big, attractive and more important than they might be?

The guy [Tony Khan] comes out and it’s a big deal because he has only been on camera once before, well now we know why. He’s not a TV-friendly, compatible person is Tony Khan. Because it was a last-minute deal and they don’t have any restraint, they can’t sit back like Vince McMahon would do, the time is not right so let’s make the time right.

The deal was done at 6 in the evening. I know for a fact that high ranking ROH employees found out about the announcement when they saw it on television! I know everyone would say they are trying to keep it a secret, but as Vince would say, ‘We are kayfabing ourselves here’. What did he buy besides the video library and the production equipment? They have no wrestlers. Did he buy the TV slots?

Instead of saying okay, I have done this deal and I can announce that there will be a major announcement on Rampage and try to do something for those ratings. Take the time to put together a video package saying, ‘This is Ring of Honor…’ They live in their bubble and I know the AEW guys like the ROH guys, they are the most devoted fans out there, but there is not a ton of them!

Do a package, show some of the highlights and some of the names. Focus on some of the talent that works there but you haven’t brought in to demonstrate this, Briscoes! So focus on who is the ROH talent that may be invading. Make it a big deal, have comments with the wrestlers on rivalries they have had in the past or still have.” 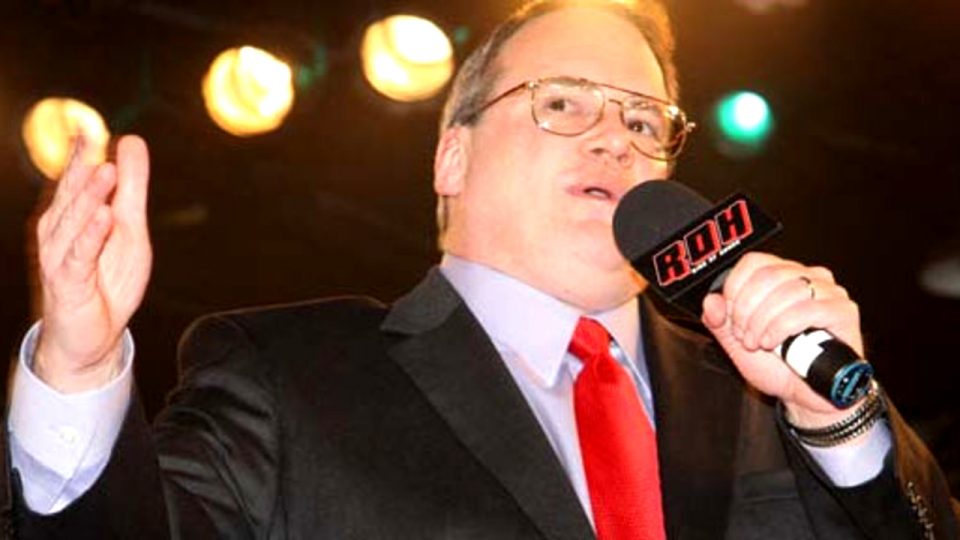 First breaking into the business at just 14-years-old, Jim Cornette had previously served as the Executive Director for Ring Of Honor Wrestling when it aired on HDNet, while also being the Head Booker for a while, too. Using his newfound power to enforce several bans and limitations on the ROH roster, Cornette would depart the promotion in November 2012 after an outburst during an ROH television taping.

To this day, Jim Cornette remains one of the most controversial personalities within professional wrestling, particularly as it’s concerned to, for lack of a better term, abnormal wrestling. This can apply to anything from hardcore wrestling – which Jim Cornette has previously deemed “hardcore bullsh*t – to comedy characters to the differing heights and weights of modern wrestlers.

Over his decades spent in the business, Jim Cornette has worked in a variety of roles for the National Wrestling Alliance, the World Wrestling Federation, Major League Wrestling, and IMPACT Wrestling, amongst others. Jim revealed in December 2019 that he was officially retiring from announcing and commentating.