On the most recent episode of his “Drive-Thru” Podcast, Jim Cornette spoke at length on Ryback’s recent comments regarding his feelings towards Paul Heyman and the speculation around Vince McMahon’s health.

Just under two weeks ago, a fan of Ryback’s got in touch with the former WWE Superstar on Twitter and asked him what he thought of Paul Heyman, before going on to state that he liked the Ryback and Heyman pairing and wished they could have stuck together. In response, Ryback posted the following tweet:

Paul was a piece of shit and he knows it. I would destroy him with an open mic and no script. He has made a nice career for himself though latching on to talented wrestlers https://t.co/ktb5jSLQld

Now I think he’s f*cking drinking Drano if he thinks, in any shape or form, he could be more effective or more entertaining on the mic than Paul Heyman.

Mickie James Hints Her In-Ring Career May Be Over

Cornette and Heyman had, until quite recently, spent much of their professional lives at odds with one another. The animosity between the two wrestling legends dates back to their time in WCW, where both worked as heel managers and even competed in a Tuxedo Match against each other at The Great American Bash 1989. After they both left WCW each took control of rival independent wrestling promotions with very different philosophies.

Heyman famously ran the cutting edge Extreme Championship Wrestling group for years, turning it into the third biggest promotion in America and arguably one of the most influential wrestling organisations in history. Cornette ran the Tennesse based Smoky Mountain Wrestling promotion from its formation in 1991 until its demise in late 1995. SMW mainly focussed on traditional wrestling storylines and feuds (commonly referred to as Rasslin’) and was able to run shows for as long as it did largely thanks to the secret financial backing it received from Def Jam Records founder and legendary record producer Rick Rubin. 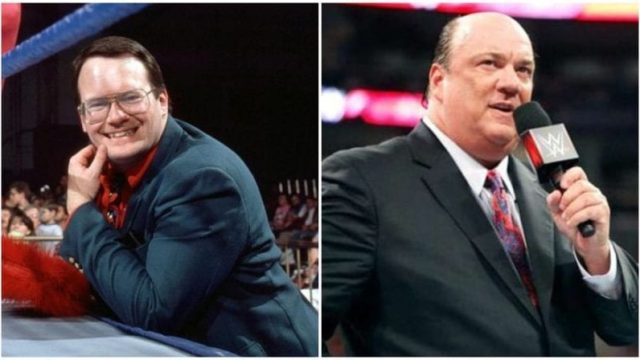 In recent months hostilities between Paul Heyman and Jim Cornette seem to have cooled to the point that Cornette claimed that Heyman was a genius, based on his ability to cut world-class promos and get the most out of talent despite their shortcomings. Of Heyman, Cornette also claimed that:

They could shove a microphone up his (Heyman) ass and let him broadcast his intestinal gas and it would be more entertaining and coherent than f*cking ‘Fatback’.

First of all I doubt very seriously if Ryback will ever be allowed in the presence of Vince’s ass, except maybe whenever he ends up desperate and goes back and kisses it…and that would accomplish what exactly? That he kicked the ass of a 76 year old man?!