Gangrel’s toothy smile has been wider than normal, following his recent surprise appearance alongside The Young Bucks on AEW Rampage.

In the build-up to their Double Or Nothing dream match, Matt and Jeff Hardy had labelled The Young Bucks as ‘Hardy cosplayers’. This remark would inspire The Bucks to spoof the Hardys, which incorporated a surprise appearance by the Attitude Era vampire. 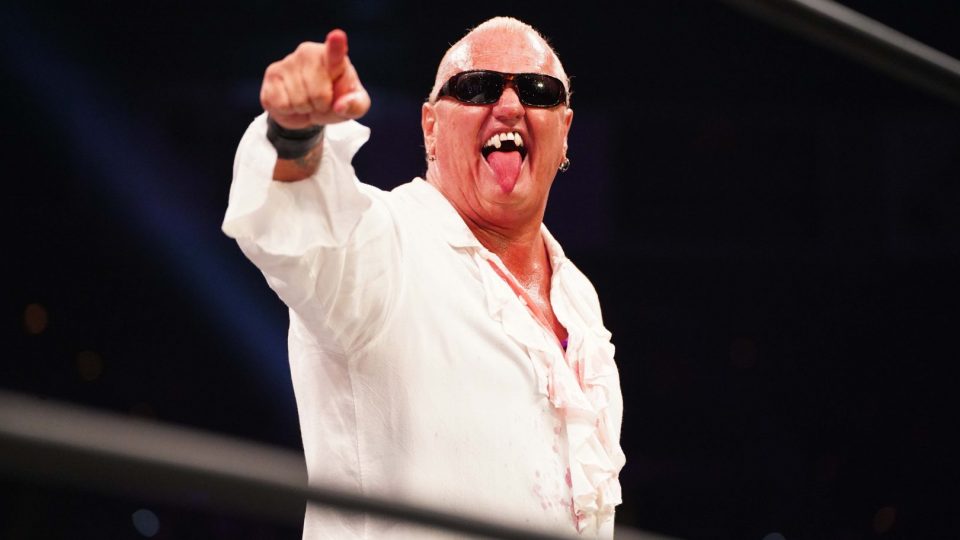 “When you hear the crowd and you feel the energy. It was just [the same energy] how I felt on the Rampage taping too. It just felt like I was back in the groove. And it was awesome. So I couldn’t stop smiling. I was smiling from ear to ear.”

Gangrel, who originally led The Brood with Edge and Christian, would later form The New Brood, alongside the Hardys, was impressed with The Young Bucks’ ability to mimic The Hardys’ unique offence, and Team Extreme style.

“Well, I thought they rewound the clock because they ran all the Hardy sequences pretty damn good.”

This was especially delicious for Gangrel, as an earlier planned appearance on AEW was scuppered when Edge used The Brood theme as part of his Summerslam entrance.

However, all sides remained hopeful something could be worked out, so when Jeff joined his brother in AEW, it was the perfect time to be reunited with The New Brood.

The Hardyz would go on to defeat The Young Bucks at AEW Double or Nothing.

If you use any of the quotes from this article please give a h/t and link back to Inside The Ropes.