AEW President Tony Khan may have revealed the potential card for the company’s upcoming Full Gear pay-per-view in November.

Full Gear has become AEW’s November spectacular in the promotion’s short existence. Previous iterations of the show have seen Darby Allin become TNT Champion and Cody Rhodes be cruelly stripped of his right to challenge for the AEW World Championship by supposed friend MJF.

So far the only match that looks it will be going ahead at Full Gear is the AEW World Title bout after Hangman Page returned on Dynamite and won the Casino Ladder match to earn a shot at former tag team partner Kenny Omega and his title.

Tony Khan, however, has been spotted at a Jacksonville Jaguars game looking pensive and clutching a stack of papers with a potential card for Full Gear showing clearly to the camera that is taking his photo.

Wrestling fans have pounced online on the picture believing this to be the planned card for Full Gear but as ever the card is subject to change. Although some matches on the exposed list will make AEW fans’ mouths water.

Kenny Omega and Hangman Page top the list as the AEW World Championship match is usually the main event. That is followed by Bryan Danielson taking on former AEW Champion Jon Moxley.

Inner Circle is then slated to face American Top Team with Darby Allin and recent rival MJF scheduled to go one-on-one. CM Punk could be set for his toughest test since returning to wrestling as he potentially faces The Pinnacle’s War Dog Wardlow.

Dr. Britt Baker DMD does not appear to have a challenger as yet for the AEW Women’s World Championship but Thunder Rosa looks like she might be continuing her troubles with the impressive Jade Cargill.

Christian Cage could face The Elite’s Adam Cole in singles action while Cole’s Superkliq partners The Young Bucks are slated to face Jurassic Express. Top Guys could be in line for an AEW Tag Team Title shot as the Lucha Brothers’ names appear next to FTRs. The same line contains the word “OPEN” which could mean the show open or that there’s another spot for another tag team to get involved.

Cody Rhodes appears to have a plethora of opponents waiting for him and none will give the American Nightmare an easy night at the office. Rhodes could rekindle his feud with Malakai Black or potentially face Andrade El Idolo or former TNT Champion Miro. 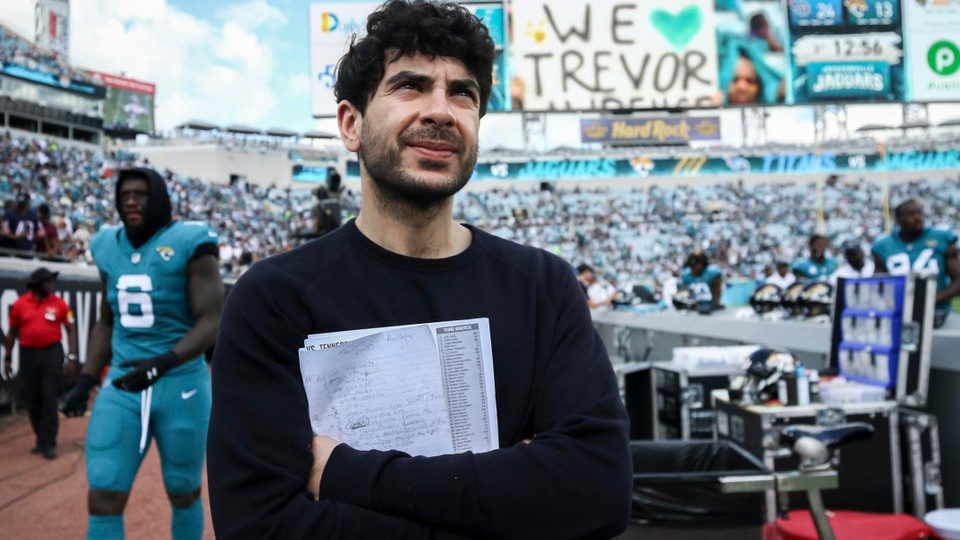 Whether or not the revelation of these notes will cause any major changes remain to be seen but it is possible that Tony Khan knew exactly what way his paper was facing as the wrestling world is now talking about Full Gear.