The famous Williams Racing Formula One team briefly gained two extra mechanics as they prepared for the Mexican Grand Prix after being joined by WWE Superstars Finn Balor and Dominik Mysterio.

Monday Night Raw stars Balor and Mysterio were treated to a tour around the garage and a chance to get up close and personal with the two cars which will take part in the Mexican Grand Prix on October 29th. Williams drivers Alex Albon and Nicholas Latifi presented the WWE stars with signed caps while Balor and Mysterio gifted the team an iconic Mysterio Lucha mask.

The Mexican Grand Prix returned to the F1 calendar in 2015 after a break of 23 years. The famous Autódromo Hermanos Rodríguez had been remodelled, with a new stadium section added. The 2021 race was won by Max Verstappen. 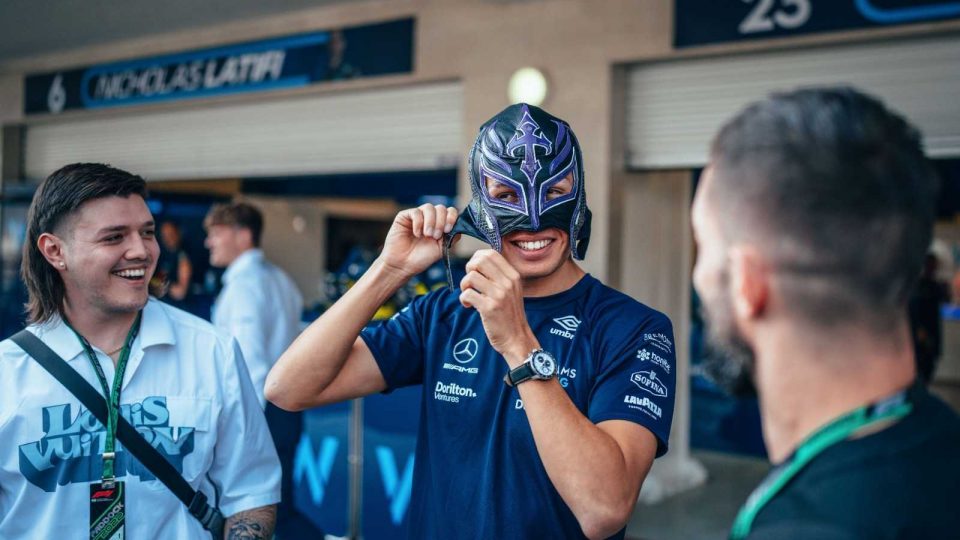 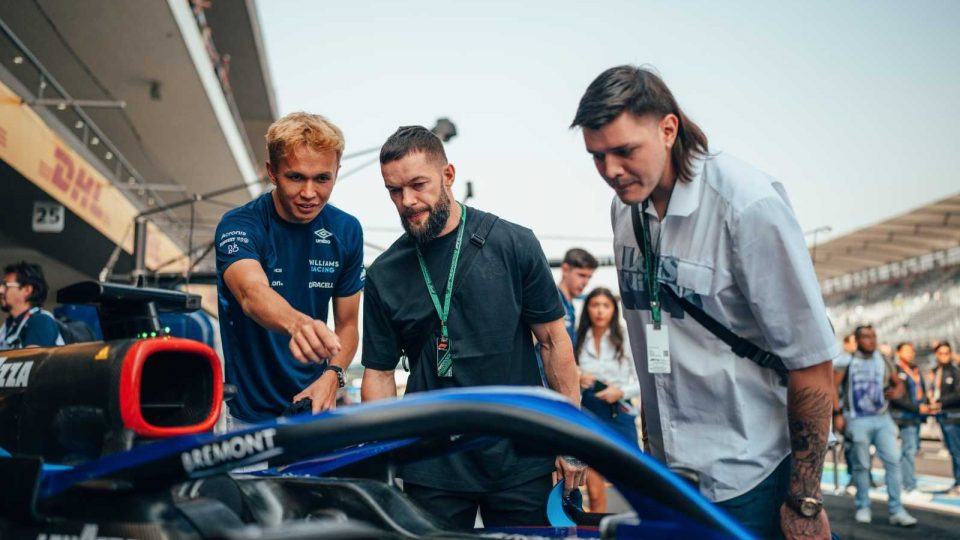 As part of Judgment Day, Finn Balor and Dominik Mysterio have been in dominating form in recent weeks and months. The group also featuring Damian Priest and Rhea Ripley have been a thorn in the side of Superstars across the red brand.

Heading into WWE Crown Jewel Balor attempted to recruit AJ Styles into the group but the Phenomenal One wanted no part of the offer. This dispute led to the return of Luke Gallows and Karl Anderson, which in turn set up a huge tag team match at the event.

WWE’s Crown Jewel is taking place at Riyadh, Saudi Arabia on Saturday 5th November. Tune in via the WWE Network: https://www.wwe.com/wwenetwork/uk-ir or on BT Sport.