A custom-made Vince McMahon jacket has been found in a Florida thrift store, with a fan picking up the show-worn piece for only $45!

Taking to Reddit, a user named XxSpruce_MoosexX would share a photo of them trying on the jacket, with the caption, “Found Vince McMahon’s jacket today. He’s absolutely jacked.” While they provided no other details at that time, aside from a photo of them trying on the “custom-made” jacket, the inner label and the measurements, the thread was whipped into a frenzy asking for elaboration.

Spruce Moose, as we’ll refer to them hence-forth, would be inundated with requests, and images of McMahon wearing a similar jacket – which seems to have been identified as the one the WWE CEO wore for his son-in-law Triple H’s 25th anniversary celebration on SmackDown last year. The buyer responded:

“I think it’s the same jacket he’s wearing in that photo. For reference I’m 5’11, 185 and I look like a child in it. Just sharing because it’s one of the cooler thrift store finds I’ve had. Happy hunting.”

Shortly thereafter, Spruce Moose would add that they paid $45 to pick up the custom suit in a thrift store in Florida, which they didn’t want to name, and said they also found a Steve Harvey suit recently, noting it was inferior quality to that of Mr McMahon’s.

“$45 I paid lol funny enough I found Steve Harvey’s suit a few months back. Much cheaper quality than Vince haha” 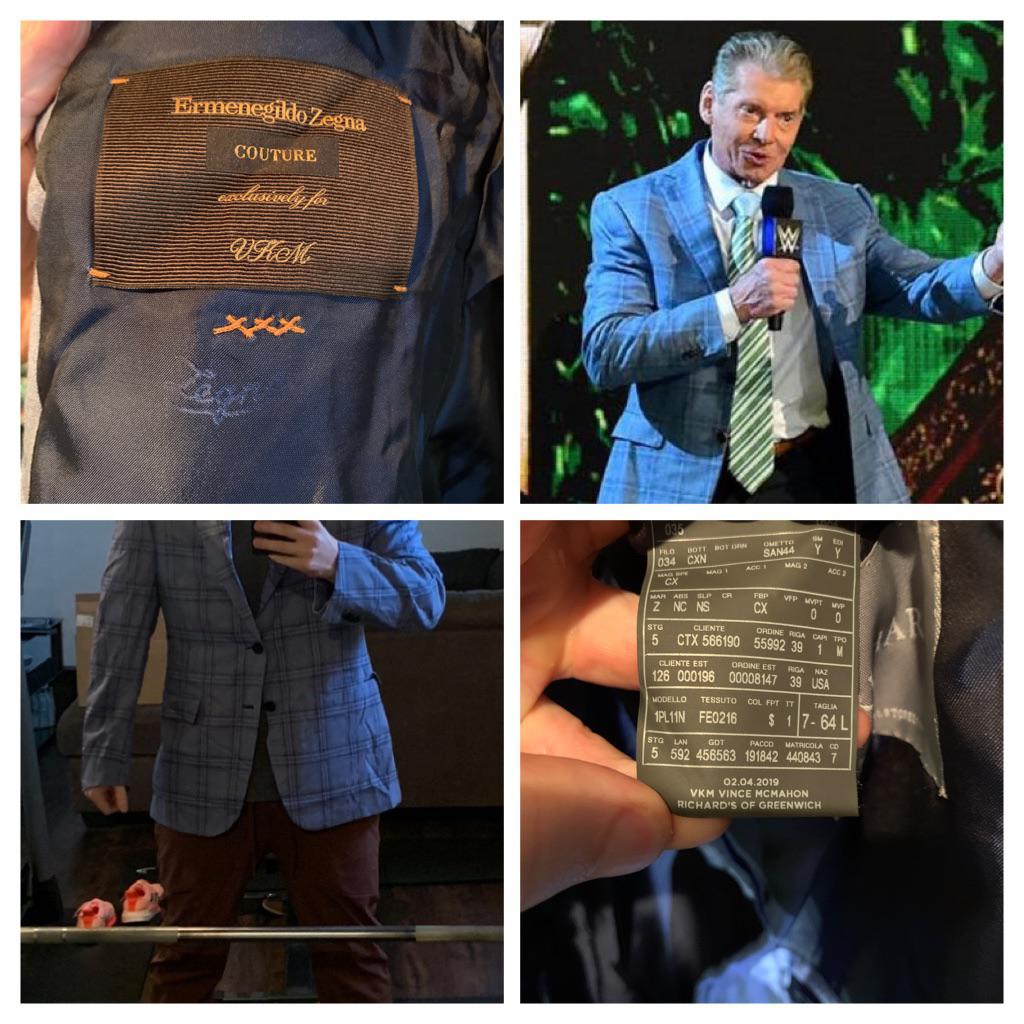 Clearly well-informed when it comes to custom fashion, Spruce Moose would note that “Zegna” – the creators of the piece – is the “brand of choice for athletes” but noted that their “couture” range is very rare. They also added that StyleForum has an entire thread of thrift store finds with relation to wrestling – including more pieces previously worn by Vince McMahon and 16-time World Champion John Cena.

One fan joked that Spruce Moose must have mugged the WWE CEO to get the jacket, which is clearly several sizes too big for them, to which they comically responded, “Could you imagine the beating he’d give me? Would make for a cool story though.”