As WrestleMania edges closer and closer, rumours are starting to run rampant about what matches will feature on WWE’s biggest show of the year. Perhaps one of the most rumoured potential appearances is from Dwayne Johnson, who wrestled as “The Rock” in WWE for several years.

After a rather blatant tease on Young Rock recently, the expectations of a Dwayne Johnson appearance at WrestleMania have been taken up a notch.

During a scene in Young Rock set a decade in the future, Dwayne Johnson (appearing as himself) is shown walking past an impressive collection of championships, action figures and other Rock-related memorabilia.

Though mostly everything would pass a quick examination, eagle-eyed wrestling fans have noticed one particular championship that stands out: The WWE Universal Title. 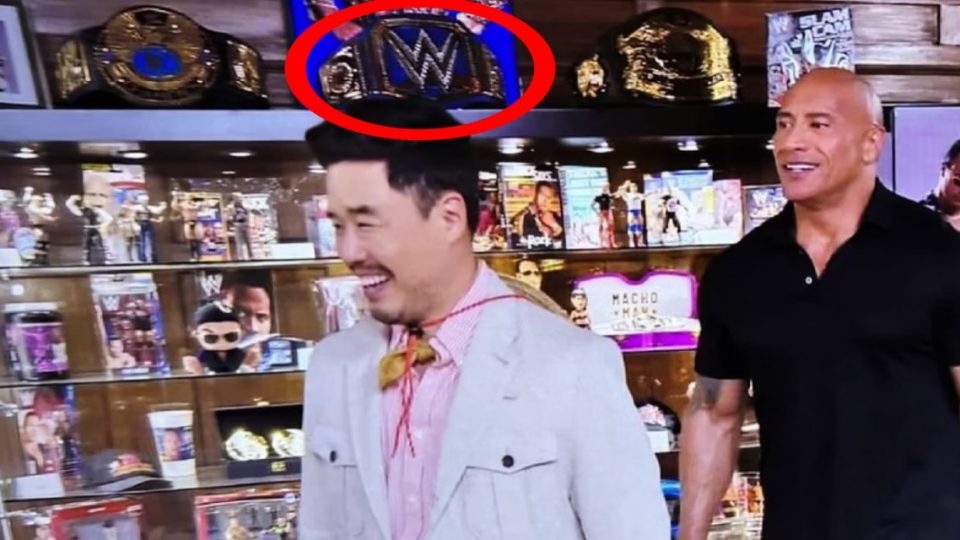 Dwayne Johnson has held many championships in WWE. He is an eight-time WWE champion, a one-time WCW champion and a five-time WWF Tag Team Champion. However, he has never held the WWE Universal Title, so its appearance on Johnson’s trophy cabinet has raised eyebrows within the wrestling community.

Many have assumed that the Universal Title’s appearance is an intentional tease from Johnson to get people talking about his potential return to professional wrestling. Interestingly, the Universal Title is currently held by “Head of the Table” Roman Reigns, a man whom Rock is heavily rumoured to be facing at WrestleMania 39.

It has yet to be confirmed whether Dwayne Johnson will once again appear as “The Rock” for WWE. Johnson has refused to confirm or deny an appearance at WrestleMania 39, though it has been said by Dave Meltzer of the Wrestling Observer that Johnson’s return has at least been “talked about.”

All eyes are on the 2023 Royal Rumble, which looks to be the “cut-off” for the return of The Rock. If The Rock does not appear in some capacity on this show, then it may be unlikely that he will appear at WrestleMania 39.

At the time of writing, Dwayne Johnson’s final WWE match was a six-second win over Wyatt Family member Erick Rowan at WrestleMania 32. Johnson won the impromptu match via his patented finishing move, the “Rock Bottom,” in what has been named the fastest victory in WrestleMania history.