Skip to main content
WWE Champion Drew McIntyre and Mr Money In The Bank The Miz are set to take part in some unique challenges at The SHAQ Bowl – a monstrous event that sees Shaquille O’Neal take on ‘The Biggest Sunday In Sports’ with a live event in Tampa!
McIntyre and Miz will be on opposite teams as Mr Money In The Bank koins forces with Diplo, Ezekiel Elliott, Olivia Culpo, Quavo and Steve-O, while the WWE Champion tags with Anthony Anderson, Drew McIntyre, Nelly, Offset, Tim Tebow, and Winnie Harlow.

“The Big Game looks pretty different than it has in years past. With no in-person events, I decided to team up with Mercari to create The SHAQ Bowl and connect fans across America on the biggest Sunday in sports. We’ve got celebrity fueled viral challenges, plus a superstar musical line-up for our Halftime Show. Be prepared for the most exciting and action-packed kickoff event ever!”

A full list of the unique challenges which will see Miz and Morrison, alongside their celebrity tag partners, is as follows:
In addition to the celebrity challenges, Shaquille O’Neal will join in on the fun with one very special challenge:

Terrell Owens & Chad ‘Ochocinco’ Johnson host , while Migos and DJ Diesel are confirmed for the halftime entertainment with another major guest teased.

The SHAQ Bowl will air live from Tampa on Sunday, February 7th from a brand-new, custom built studio. The live, three-hour special begins at 3:00 PM ET and is available for free on Facebook (@SHAQ) and via SHAQBowl.com. Additionally, it will be simulcasted by LiveXLive across 20+ other platforms including: LiveXLive, YouTube, Twitch, TikTok, Twitter and more. 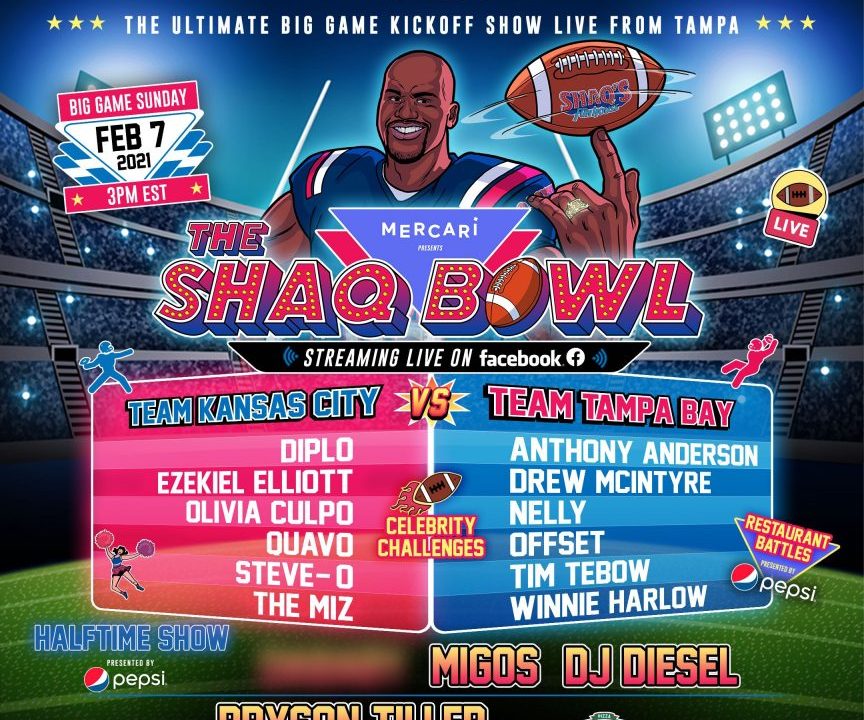