Former World Champion Dolph Ziggler has been making regular appearances on NXT 2.0 as he’s been embroiled in a feud with both Bron Breakker and Tommaso Ciampa. The dissension between the men first began on the February 8th episode of NXT 2.0, where Ziggler made a surprise appearance to confront Breakker after the NXT Champion called out Ziggler on social media. That appearance also saw the Dirty Dawg called out by Tommaso Ciampa, as Ziggler was running down NXT and calling it a small time operation.

Tommaso Ciampa has made multiple appearances on Raw in recent weeks, and faced Dolph Ziggler in a number one contender’s match on the February 22nd episode of NXT 2.0. Ziggler was able to defeat the former NXT Champion with assistance from his tag team partner Robert Roode. Ciampa and Breakker teamed up the next week to take on the Dirty Dawgs in tag team action, with Tomasso Ciampa pinning Dolph Ziggler and earning his way into the NXT Championship triple threat match at Roadblock. 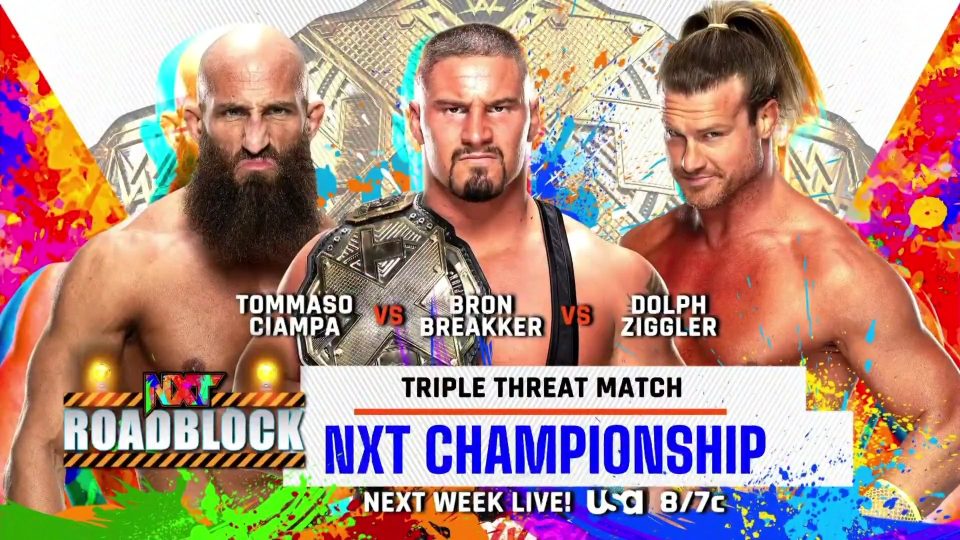 Building up to the triple threat match, Bron Breakker made his Raw debut on the most recent episode and scored a pinfall victory over Ziggler in tag team action.

Robert Roode accompanied his fellow Dirty Dawg to the ring, and would play a huge role in securing the win for his tag team partner.

The final moments of the match saw Tommaso Ciampa hit a Fairytale Ending on Bron Breakker, but Ziggler threw Ciampa out of the ring and tried to steal the pinfall. When Breakker was able to kick out, Ciampa got into the ring and attempted to hit a knee on the champion – but Breakker was pulled out of the ring by Robert Roode, distracting Ciampa and allowing Ziggler to hit a superkick for the shocking pinfall victory.

An absolute SHOCKER on #WWENXT Roadblock!!! 🤯@HEELZiggler is your NEW NXT Champion! pic.twitter.com/PPbq2XMwgl

WWE Hall of Famer Shawn Michaels, who works in an instrumental role backstage in NXT 2.0, took to social media to congratulate Ziggler on his win.

You can’t argue the fact @HEELZiggler is talented…

And now you can’t argue the fact he is #WWENXT Champion!!! Wow! What a main event!!!! #AndNewhttps://t.co/74VeWKrAYP