Dana Brooke has seemingly fired back at Corey Graves after the announcer appeared to criticise her on the October 4th edition of Monday Night Raw.

On the show Brooke was the latest challenger to go up against the reinvigorated Shayna Baszler. The former MMA star has been on a roll in recent weeks having put both Nia Jax and Eva Maire out of action.

Prior to facing Baszler, Brooke had been absent from Raw since June with her former tag team partner Mandy Rose moving to NXT. In the intervening period Brooke wrestled on Main Event once where she was beaten by Doudrop in September.

While the match between Brooke and Baszler went as expected with the former NXT Women’s Champion winning in short order, Graves appeared to be highly critical of the former bodybuilder on commentary. Graves suggested there was only so long someone can trade on potential before you have to “cut your losses.”

“I’m all for giving people time to develop, giving people time to realize their potential, but on a long enough timeline, you gotta cut your losses,” Graves said of Brooke. He later added, “You can give me a chest full of tools, that doesn’t mean I can build you a house, OK? It’s a matter of putting things together, and Dana Brooke, in my opinion, hasn’t exactly done that.”

Brooke has now seemingly hit back at the comments via her Instagram stories. You can see a screenshot of the post below. 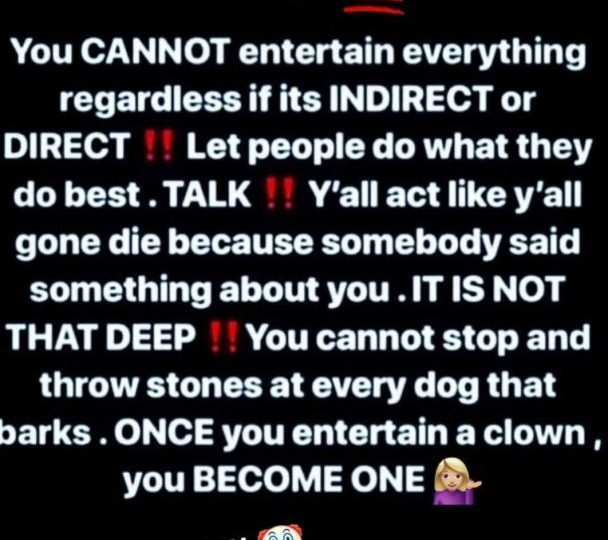 Dana Brooke signed with WWE in 2013 after enjoying a career as a professional bodybuilder, where she competed in the famed Arnold Classic on multiple occasions.

Upon signing with WWE, Brooke spent the first part of her wrestling career in NXT, before moving to the main roster in 2016.