Carmella currently serves as one-half of the WWE Women’s Tag Team Champions, having captured the titles from Rhea Ripley and Nikki A.S.H last November alongside Queen Zelina. The former SmackDown Women’s Champion has been in the news for other reasons as of late, though, as she and fiance Corey Graves have launched their new reality show on WWE’s YouTube channel.

To promote this, Corey and Carmella were guests on Rasslin’, where they were asked about who their inaugural wrestling crushes were. Responding, Carmella responded by saying she was fond of a certain D-Generation X member (h/t Wrestling Inc.):

Responding to his soon-to-be wife, Corey Graves revealed who his crushes were, too:

“I got really into ECW when I was growing up. I think like Beulah McGillicutty, and Francine. Because they weren’t like the glitz and glamour, it was kind of like, these chicks are kind of hardcore. I was really into that, I think they’d have to be the first off the top of my head.” 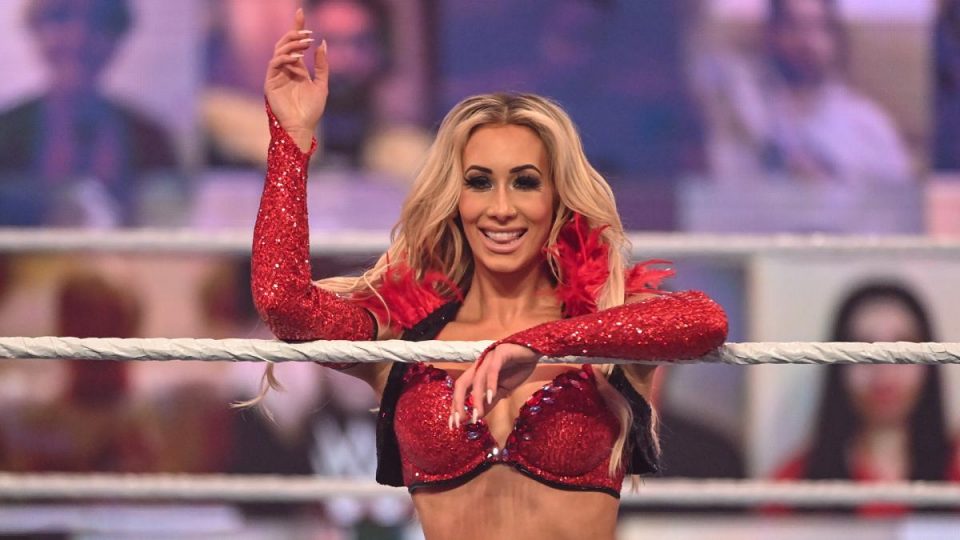 Carmella made her televised in-ring debut on the 16 October 2014 edition of NXT, defeating current All Elite Wrestling star Leva Bates – dubbed “Blue Pants” in the black-and-gold brand – after being “trained” to wrestle by Enzo Amore and Colin Cassidy after they cost her to lose her hairdressing job. She had previously withdrawn a Tough Enough application after being accepted as a Laker Girl.

Throughout her career, Carmella has found decent success, being a former SmackDown Women’s Champion and two-time 24/7 Champion. Aside from championships, ‘Mella also won season two of the Mixed Match Challenge with R-Truth, the 2019 WrestleMania Women’s Battle Royal, and the inaugural women’s Money in the Bank winner in 2017.

Corey & Carmella can be viewed on WWE’s YouTube channel.