Former WWE Superstar Buddy Murphy has teased a potential appearance as the Joker in the upcoming Casino Ladder Match to take place on AEW Dynamite.

Murphy was released from his WWE contract at the beginning of June alongside former WWE Universal Champion Braun Strowman, Lana, Santana Garrett as well as current AEW stars Malakai Black and Ruby Soho.

Following his release, he has changed his name to Buddy Matthews and has released some vignettes pointing towards the next stage of his career.

AEW announced on Dynamite in Rochester, New York that a Casino Ladder Match was going to take place on the 6th of October edition of AEW Dynamite that will emanate from Philadelphia. On Friday’s edition of AEW Rampage, six of the seven combatants for the ladder match were announced with a seventh – known as the Joker – is yet to be revealed. The winner of the ladder match will jump to the head of the queue and earn a shot at Kenny Omega’s AEW World Championship.

The six participants that are known are PAC, Orange Cassidy, Matt Hardy, Andrade El Idolo, Jon Moxley, and Lance Archer. These six have all been involved with feuds with each other in recent weeks. Andrade and PAC met on Rampage where Chavo Guerrero helped Andrade pick up the win before Andrade El Idolo attacked his Executive Consultant and maintains he could defeat the Newcastle native without assistance.

Matt Hardy has had his sights set on Orange Cassidy and his hair in recent weeks. Hardy forced Hardy Family Office member Jack Evans to face Cassidy in a hair vs. hair match on Rampage with Orange Cassidy picking up the win. Cassidy was joined by Chuck Taylor and Wheeler Yuta in then shaving the head of Evans.

Archer and Moxley’s long-standing rivalry has continued in recent weeks with Moxley joining Eddie Kingston to face Archer and his Suzuki-gun leader Minoru Suzuki in a lights out match at AEW Rampage Grand Slam. On that occasion, Moxley and Kingston picked up the win with a little help from former ROH World Champion, Homicide.

Buddy Murphy took to social media to tease a potential appearance as the Joker in the upcoming match, simply Tweeting an emoji of a joker playing card however, the Australian star has now deleted the Tweet. 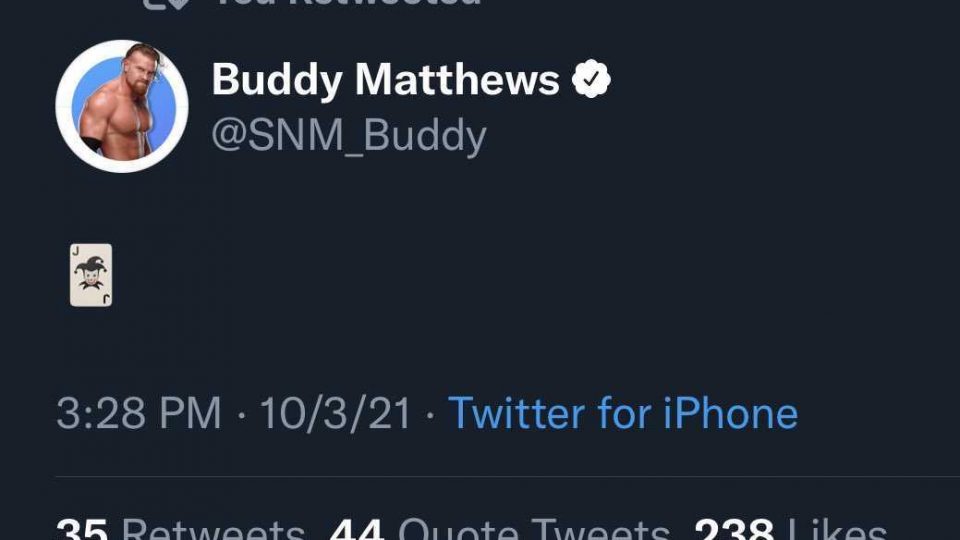 Jokers have often been surprises in Casino matches in AEW whether it be Casino Ladder Matches or Casino Battle Royales. At Double Or Nothing in 2020, Brian Cage made his AEW debut in a Casino Ladder Match and claimed victory, going on to challenge Jon Moxley for the AEW World Title.