Bryan Danielson took his hard-hitting style to a new level on the latest AEW Dynamite when he kicked one of Colt Cabana’s teeth out!

Since Bryan Danielson joined AEW at All Out in September, he has been using a more violent style of wrestling than he did during his tenure in WWE. His submissions have seemed tighter and his kicks have looked harder than ever before.

On the most recent episode of Dynamite, Danielson took things a step further when he landed a devastating kick on Colt Cabana that knocked one of his teeth right out of his mouth.

After the match, the ‘American Dragon’ grabbed a microphone and accused the hostile Chicago crowd of being “fickle”, a callback to one of his WWE catchphrases. He went on to say he did what he said he would do, before revealing he was holding one of Cabana’s teeth in his hand.

“I said I was gonna kick Colt Cabana’s head in, and not only did I kick his head in, I kicked his teeth out!” 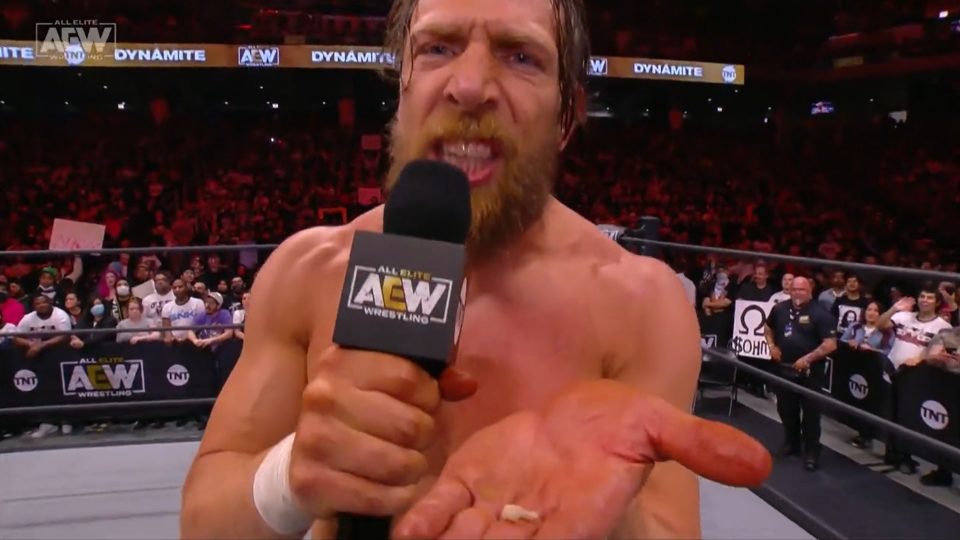 Bryan Danielson’s newfound intensity should not come as too much of a surprise as he made his mission statement clear when speaking in a media scrum after All Out just after his debut, saying that, unlike CM Punk who wanted to help the younger wrestlers, he was going to “kick their f***ing heads in”.

I’m going to go out there and I’m going to show everybody here what ‘elite’ really looks like this, this is what ‘elite’ looks like. I’m not, you know, Punk can come in and said like,’ Oh, I want to help the young guys and all that kind of stuff.’ Nah man, I’m going to kick their f*cking head in.”

At Full Gear on November 13th, Danielson was set on a collision course with ‘Hangman’ Adam Page after he beat Miro to become the Number One contender to the AEW World Championship Page won for the first time at the same event.