Booker T may have been one of the most successful King Of The Ring winners but in the courtroom, he has come up short in his lawsuit against game developer Activision.

The five-time WCW Champion began proceedings against Activision in February 2019 claiming that the character Prophet in the massively successful Call Of Duty: Black Ops 4 game was based on him. However, now over two years later, a jury has disagreed with Booker T and his suit has been dismissed.

Booker T claimed in the lawsuit that Prophet was directly based on his G.I Bro character that he portrayed during his early career in the Western Wrestling Alliance and later reprised while part of the Misfits In Action faction in WCW. In that group, Booker T was joined by Corporal Cajun [Lash LeRoux], Sgt. AWOL [The Wall], Major Gunns [Tylene Buck], Private Stash [Van Hammer], Lt. Loco [Chavo Guerrero], and their leader General Hugh. G. Rection [Hugh Morrus].

Booker’s lawyer Micah Dotch argued when showing the jury a photo of Booker T side by side with a photo of Prophet that:

“There can be no question that this character was copied from G.I. Bro. From the hair, body type, and clothing, right down to facial expressions, the similarities are too profound to be an accident.” 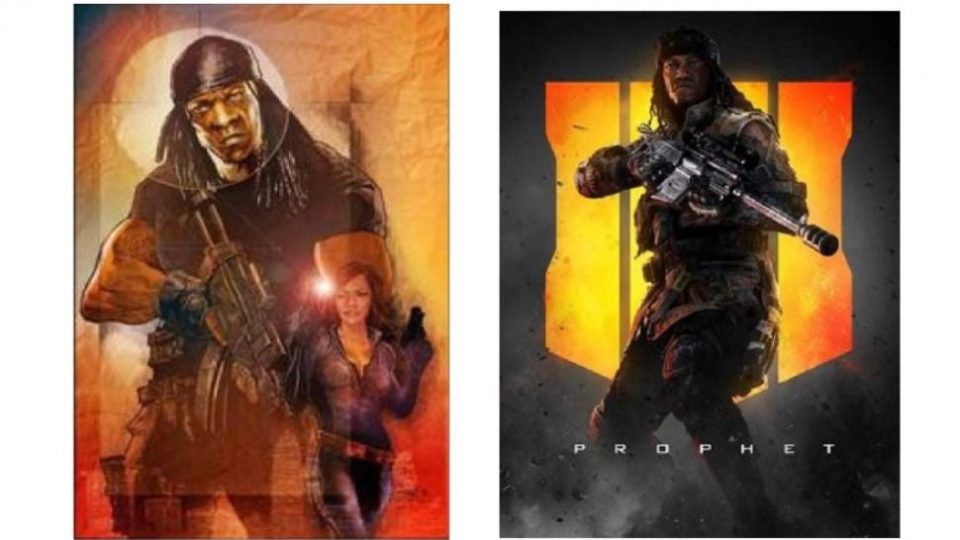 Activision’s lawyers however pointed out in a motion filed in court that the image showing Booker T was not original but a copy of The Rock “from the neck down.”

In the courtroom, Booker maintained his argument that the character of Prophet was still copying his facial expressions and attitude. However, this argument was shot down by Activision’s legal team as they stated:

“Plaintiff does not own the idea of an angry man with a scowling look.”

In the end, Activision came out on top in this legal tussle with the WWE Hall Of Famer found to be unentitled to any of the reported $500 million that the game made.

Wrestling Roast #62 – KJ & Oly In The Multiverse Of Wrasslin’

This week, KJ & Oly roast the ridiculousness that was NXT Spring Breakin’ including a… Listen