Bayley could be receiving a new entrance theme, as a Def Rebel Instagram story suggests.

Def Rebel, who produces entrance music for WWE Superstars, shared a photo on an Instagram story which shows the album art for Bayley’s current theme on a monitor in a music studio – an indication that he’s working on a new song for her. 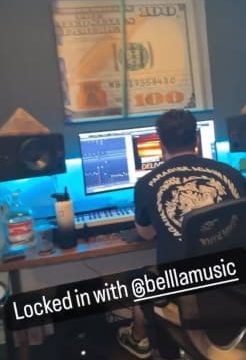 Bayley returned to WWE last August at SummerSlam, forming a new faction with a returning Dakota Kai and IYO SKY. While it’s unclear if a new theme really is in the works, it could be made to match Bayley’s new position as the leader of her new faction.

Despite RAW’s high ratings earlier this week, WWE were criticized by fans when Kai and SKY lost to Raquel Rodriguez and Aliyah in the finals of the WWE Women’s Tag Team Championship Tournament, with some believing that the loss stumped the new faction’s momentum and credibility.

Bayley, Dakota Kai, and IYO SKY set to face Bianca Belair, Alexa Bliss and Asuka in a 6-Woman Tag Team match at Clash At The Castle on September 3rd. The teams have been at odds on Raw for weeks, and their feud has even involved an appearance from WWE Hall of Famer Trish Stratus.