SCU member, Christopher Daniels, has opened up on the progress of the once mentioned AEW comic book that was meant to be in the work some time ago.

Last year, the promotion joined forces with DC Comics – the powerhouse behind legends such as Batman and Superman – to produce art pieces on several of their stars. The collaboration spawned talk of a comic book as DC are owned by Warner Media who also own TNT, the home of All Elite Wrestling. 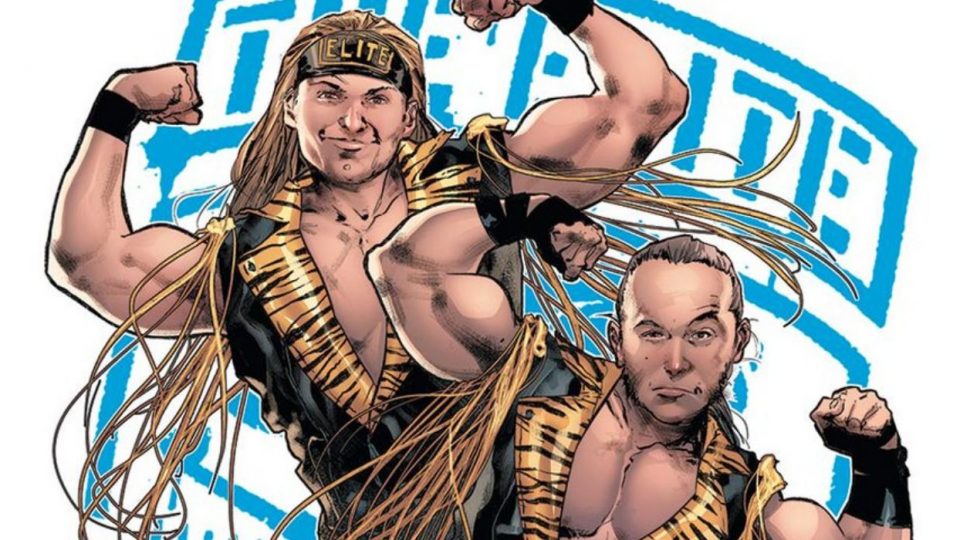 However, one year on and the aforementioned comic has yet to materialise. According to Christopher Daniels, who spoke to Wrestling Inc., there is now a chance the project may never get off of the ground as there has been little movement with the company prioritising their television product:

“Yeah, because TNT has ties with Warner Bros. who also has ties with DC Comics. We did a little bit of a thing especially because we did our Revolution PPV earlier this year. It was a part of C2E2, which is the big comic book convention in Chicago. It was great. We had some DC artists, Ramon Villalobos and Howard Porter, did some great cover art of some AEW stars. There was some great shots of Cody, and Chris Jericho, and Nyla Rose and they did an SCU piece that I really dug. It was very cool. Because we’ve got that tie, we’re looking into doing an AEW comic book I’m sure. I don’t think there’s been any movement on that just because of the stuff that we’re doing with the television show right now that takes precedence, but we’re always in the market to sort of find new ways to get new fans to get their eyes on the AEW product.”

AEW wouldn’t be the first professional wrestling company to delve into the comic book industry. Both New Japan Pro Wrestling and World Wrestling Entertainment have produced their own comics which have been commercially successful.

Credit for the interview: Wrestling Inc.

h/t for the transcription: Fightful

Kenny and Fin are back to chat NXT’s Halloween Havoc, Bryan Danielson talking about enjoying… Listen