For the first time in WWE history, WarGames takes over Survivor Series. The Premium Live Event goes down on Saturday, November 26, 2022, at the TD Garden in Boston, Massachusetts.

The addition of the WarGames stipulation to the Survivor Series event has turned up the anticipation and (thankfully) done away with the tired Raw vs SmackDown “brand supremacy” concept. The event will feature two WarGames matches, two title bouts and one grudge match.

The full card is as follows.

Here are our predictions for everything going down at Survivor Series WarGames. 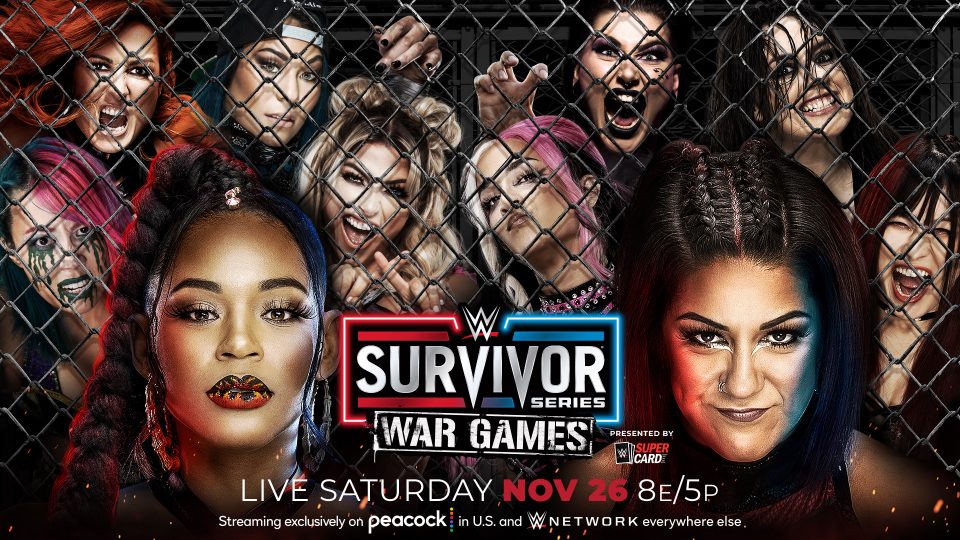 Since their surprise return at SummerSlam, Damage CTRL has been at war with Bianca Belair, Alexa Bliss and Asuka. The six women clashed several times in various different matches over the past few months leading to the WarGames clash. The addition of a rejuvenated Nikki Cross and an on-fire Rhea Ripley brings an extra level threat to Damage CTRL. However, Belair, Bliss, Asuka and Mia Yim brought Becky Lynch in as their final fighter to give them the edge.

Prediction: Bayley certainly has the odds stacked against her here. Belair has had her number throughout this entire rivalry while Lynch is out payback for Damage CTRL putting her on the shelf for almost four months. Bayley has certainly beefed up her team with Ripley and Cross but the insertion of Lynch makes Team Belair the clear favourite to win. 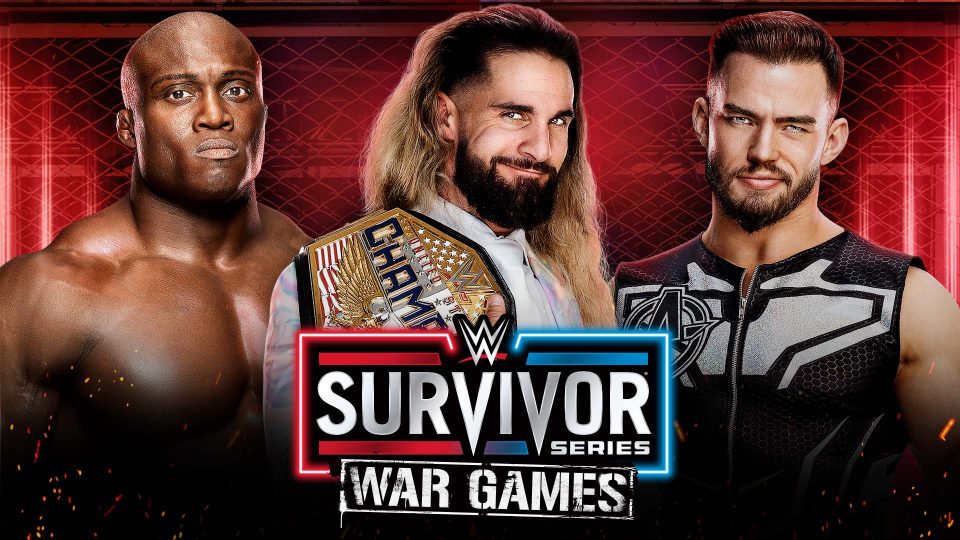 Seth Rollins recently defeated Bobby Lashley for the United States Championship after Brock Lesnar attacked the All-Mighty during their mini-feud. Since then Lashley has unleashed his inner monster and been on a mission to get it back. Austin Theory gets another chance at Monday Night Raw’s top prize after his cash-in attempt for the title failed so dramatically earlier this month.

Prediction: Since losing the Money in the Bank briefcase, Theory has produced a new aggressive edge to his character but so has Lashley in recent weeks while Rollins is always on form. Therefore, Theory will have to bring his A-game if he wants to get the win and the title, which is what will go down at Survivor Series. 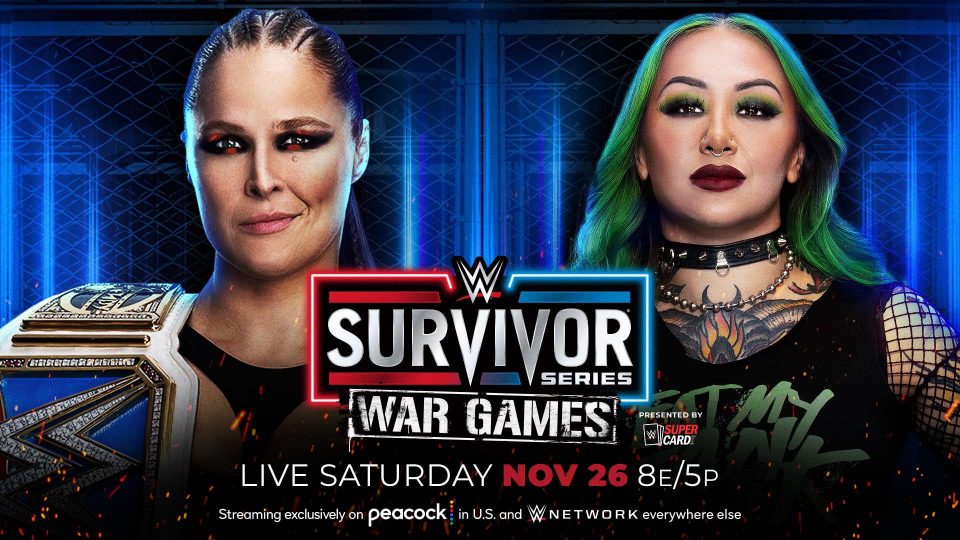 After Ronda Rousey got the SmackDown Women’s Championship back from Liv Morgan at Extreme Rules there was no clear challenger for her. So when Shotzi defeated Morgan, Raquel Rodriguez, Sonya Deville, Lacey Evans and Xia Li in a Six-Pack Challenge on SmackDown for a title shot the match was set at the PLE.

Prediction: The fact that this match is happening at one of WWE’s “big four” shows proves just how weak the women’s division is on SmackDown. There is no other possible outcome than Ronda Rousey retains and hopefully onto more important things. 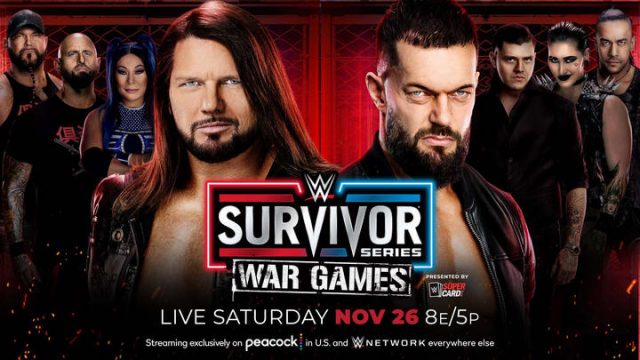 Two of the best wrestlers on the planet go one-on-one at WWE Survivor Series after weeks of faction wars. Balor and his merry band of goths, the Judgment Day targeted Styles as a potential new member, which resulted in Styles bringing back his old running buddies, Machine Gun Karl Anderson and Luke Gallows to reform the OC. Now the two leaders will battle it out in what will undoubtedly be an excellent encounter.

Prediction: The last time these two met at 2017’s TLC Balor took the win. Expect another excellent match, plenty of interference from their stablemates and Balor getting his hand raised in victory. 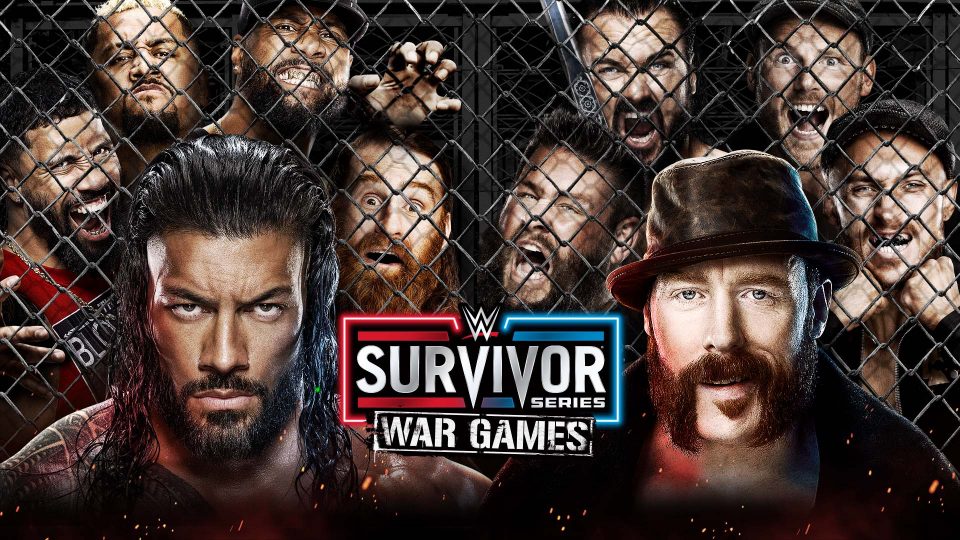 The Bloodline and the honorary Uce Sami Zayn enter the WarGames structure against familiar foes the Brawling Brutes, Drew McIntyre and the returning Kevin Owens in what promises to be an absolute cracker of a fight.

The epic stipulation comes after weeks of rivalry between the Bloodline and the Brawling Brutes involving the Tag Team Championships and a brutal attack that saw Sheamus get taken out of action. With revenge on his mind, Sheamus called upon two men who have as much beef with Roman Reigns and the Bloodline as he does to help out his gang when the two factions go to war. McIntyre and Owens, both tried and failed to dethrone the Head of Table as champion and would love to get another opportunity to take him out at WarGames.

Predictions: This is the first time the Bloodline has fought together as one cohesive unit. Their dominance and collective title successes make them clear favourites to win. But the animosity between Zayn and Jey Uso could very well play a major factor in the outcome of the match. The possibility of something going down between the two causing dissension in the Bloodline ranks adds serious doubt toward their victory. Expect to see Jey and Zayn cross paths resulting in defeat for the Bloodline and victory for their opponents.

Survivor Series, is streaming live on Peacock in the U.S. and on WWE Network everywhere else at 8ET/5PT on Saturday, Nov. 26.