Whilst many acts of defiance can be forgiven in the eyes of Vince McMahon, walking out on an advertised appearance is the ultimate cardinal sin a pro wrestler can commit. Both Sasha Banks and Naomi have been at the centre of a controversial week in pro wrestling with their decision to walk out on their advertised WWE RAW Main Event.

WWE even went so far as to release an official statement on the incident, leading the internet wrestling community to speculate on what the future will hold for the tag team champions. Whilst this is the latest incident of this kind, it’s certainly not the first. Let’s start here and then discuss four other WWE superstars who walked out on McMahon.

Whilst the details are unclear, what we do have is an excerpt from the official WWE statement:

“During the broadcast, they walked into WWE Head of Talent Relations John Laurinaitis office with their suitcases in hand, placed their tag team championship belts on his desk and walked out.

They claimed they weren’t respected enough as tag team champions. And even though they had eight hours to rehearse and construct their match, they claimed they were uncomfortable in the ring with two of their opponents even though they’d had matches with those individuals in the past with no consequence. Monday Night Raw is a scripted live TV show, whose characters are expected to perform the requirements of their contract.”

This unusual reference to the scripted nature of WWE’s programming could be an indication of the severity of the incident, whereas some fans have pointed towards the uncharacteristic statement and use of the word belts instead of titles as evidence that it could even be a work.

At this point we only have WWE’s official side of the story, but with heated reactions from around the industry and the fanbase, there is no doubt this will be a drama for the ages. 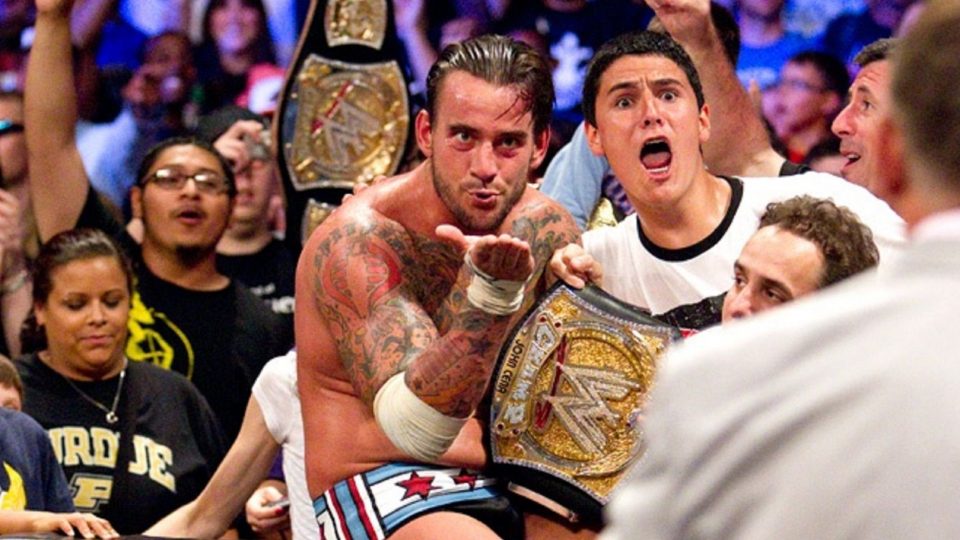 Fans can easily be forgiven for confusing what’s a work with what’s real, given the amount of times that life has imitated art in WWE.

Who could forget the critically acclaimed 2011 ‘Summer Of Punk’ era of Punk’s career that was set in motion by his storyline threat to walk out on the company. The infamous pipe bomb promo captured the imagination of the fans and mainstream audiences around the world, solidifying Punk’s status as a legit main eventer.

Who would have thought that iconic image of CM Punk walking out on Vince and the company would become a reality only 3 years later. Punk angrily walked out on the company in early 2014, citing his frustrations on Colt Cabana’s podcast, setting off a messy chain of events that would lead to years of litigation and a seven year absence from in-ring competition.

Even with all that bad blood, Phil Brooks and WWE still managed to amicably cross paths, with Punk serving as an analyst on Fox’s WWE Backstage show. Even after the most bitter of real-life disputes, the Chairman is almost always willing to do what’s best for business. When you see double J’s name appear here, you’ll likely presume we’re going to retell the tale of when Jarrett held Vince McMahon up for an additional fee to drop the Intercontinental Title to Chyna. However, as an agreement was reached to get the job done as planned (pun intended), this event doesn’t qualify for this article.

Instead, we’ll be talking about another of Jarrett’s intercontinental Title matches, this time, a losing effort to Shawn Michaels with The Roadie by his side. Prior to the match taking place at In Your House 2, Vince McMahon had told Jarrett that it was time to for him to part ways with The Roadie. Jeff felt the act had much more to offer before splitting and became so enraged with the decision that he decided to strut right out of the building after the match, ruining the angle that was to follow.

Whilst Jeff Jarrett did the actual match as planned, he alongside The Roadie, later known as Road Dogg, walked out on WWE making it impossible at that time to conclude the storyline implosion of the duo. It was to be revealed that it was in fact The Roadie who had provided the vocals for Jarrett’s ‘With My Baby Tonight’, but as both stars walked out immediately after the match, it wouldn’t be until the following year that the angle could conclude. 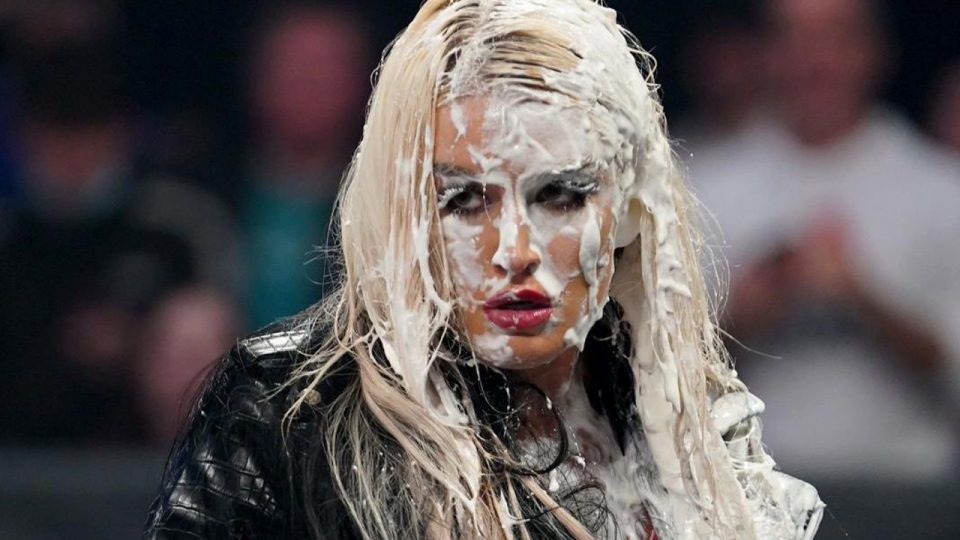 This walk-out seemingly came out of nowhere. Storm’s stock was rapidly on the rise, following a Smackdown Women’s Championship match with Charlotte the previous week. In a short space of time, Storm had gone from building a strong following on the indies, entering the 2nd Mae Young Classic Tournament, advancing from NXT UK to NXT before finally reaching main event WWE status headlining against the 13-time World Champion.

After the match, Storm flew herself home citing reasons of burn out and later stated the following in an interview in the months after her exit.

“There was a moment where I realized it wasn’t for me. As much as I might have romanticized it as a child and thought it was my dream and what I have to accomplish, I just realized, maybe it’s not and maybe it’s not the place for me. Who am I to take someone else’s spot that actually wants to be here? That’s not fair. I’m still going to be a wrestler.”

Toni Storm has since debuted with AEW and we look forward to seeing where her career develops from here. It seems that Storm is where she wants to be, and doing this on her own terms, but only time will tell if she ever returns to WWE. 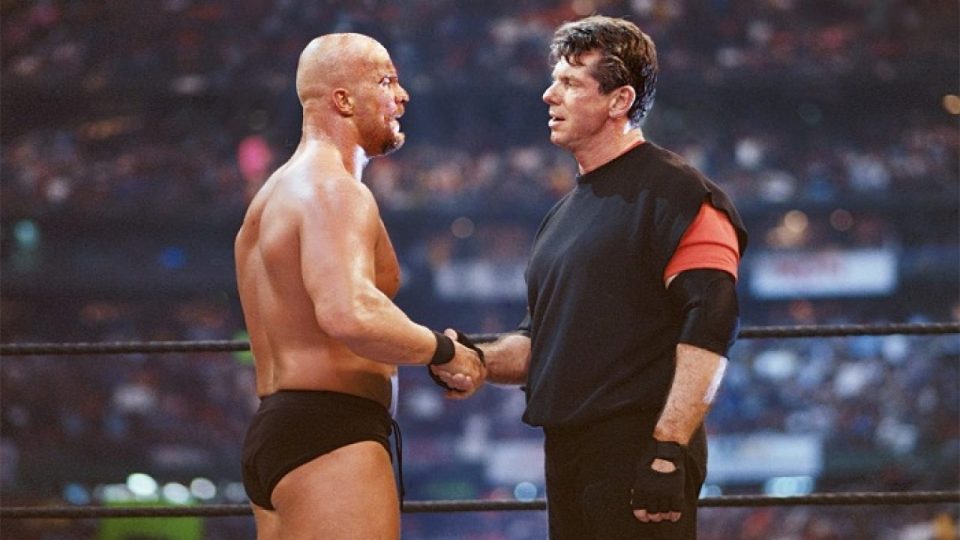 The list wouldn’t be complete without Stone Cold Steve Austin’s 2002 walk out on his scheduled King Of The Ring Qualifier match with Brock Lesnar. Steve Austin flat out refused to lose to Lesnar on the flagship show for the reason that there was no build or story, which in his mind should be a basic prerequisite for the industry’s biggest star to put someone over.

Whilst Austin’s reasoning isn’t wrong, the Rattlesnake has since confessed that he regrets how he protested against this booking decision, stating that the walk out was bad business for all parties involved.

As well as being frequently buried on television in promos and on commentary in his absence, WWE even made sure that Austin was given a mid-card rating in the iconic WWE Here Comes The Pain video game. Unfortunately for Austin’s legacy, this was arguably the finest outing of the series and fans were left bewildered by the decision.

Vince was so enraged that on that year’s Raw Anniversary show, whilst Austin had still been popular enough in his absence to win the Superstar of the Decade award, McMahon himself accepted the award on behalf of Austin stating:

“Unfortunately Stone Cold Steve Austin could not be here tonight and you can bet there’s a damn good reason why he’s not.. and that reason is simply because, he was not invited… and that’s the bottom line because Mr. McMahon said so!”

Eventually, the on-screen and real-life rivals were able to patch things up resulting in Stone Cold Steve Austin returning in early 2003 and going on to finish his career against The Rock at WrestleMania 19. Well that was until his in-ring return against Kevin Owens!

So, Vince McMahon was eventually able to see this walk out as water under the bridge, but only time will tell if the same fate will be waiting for the WWE Women’s Tag Team Champions.