The inaugural SummerSlam took place on August 29, 1988. That event was headlined by the huge tag team bout pitting ‘The Mega Powers’, Hulk Hogan and ‘Macho Man’ Randy Savage versus ‘The Mega Bucks’, Ted DiBiase and Andre ‘The Giant.’

The show pulled an impressive 400,000 pay-per-view orders, only 85,000 less than WrestleMania IV a few months earlier. Due to it’s incredible financial success, SummerSlam became a permanent fixture and the the third annual pay-per-view on WWE’s calendar, after WrestleMania and Survivor Series.

Incredibly, in the three decades of it’s existence, only four wrestlers have won their first ever World Championship at the event. Even more amazingly, the first time this occurred wasn’t until the 15th edition of SummerSlam in 2002.

This feature looks at every wrestler to have claimed their first World title at the hottest event of the summer.

On his debut, Brock Lesnar was dubbed ‘The Next Big Thing’ and so it proved. Lesnar announced himself in WWE on the post-WrestleMania X-8 Raw on March 18, 2002, when he attacked Maven, Al Snow and Spike Dudley during their Hardcore Title bout.

In doing so, Lesnar also earned another distinction. He became the first ever wrestler to win their first world title at SummerSlam.

‘The Viper’ Randy Orton is a 13-time WWE World Champion, having held multiple WWE and World Heavyweight Titles during his near 20 year WWE career. It was 17 years ago, when ‘The Legend Killer’ claimed the first of those World Championships.

Orton’s first World title victory is rarely mentioned on WWE television today. That is wholly due to whom he defeated for the strap. ‘The Apex Predator’ dethroned the late Chris Benoit for the belt.

For obvious reasons, references to Benoit have been completely eliminated from WWE’s television output. Orton’s World Championship win was historic, despite the fact it has effectively been erased from history. Not only was this Orton’s inaugural World title win; with this victory, he also became the youngest ever World title-holder in WWE history at just 24 years of age. 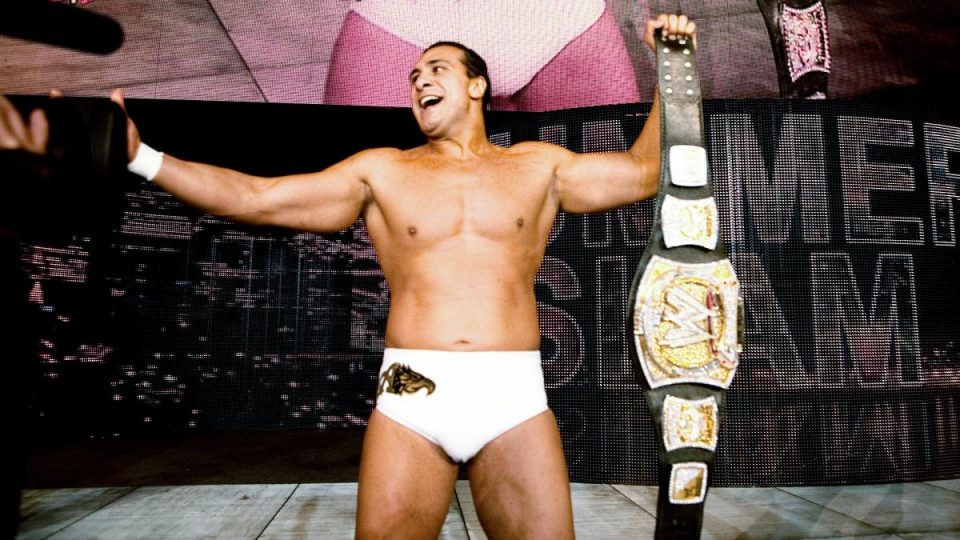 Alberto Del Rio had won the 2011 Royal Rumble match and contested World Championship matches at both WrestleMania XXVII and Extreme Rules, the following month. On both occasions, the Mexican failed to claim the belt.

However, victory in the Money in the Bank Ladder Match in July, enabled Del Rio to choose when and where his next World Title bout would take place. That would prove to be SummerSlam 2011.

‘The Pride of Mexico’ captured the WWE Championship from CM Punk. After the WWE Champion had been laid out by Kevin Nash, Del Rio struck and cashed in his briefcase. Nash’s sneak attack had followed ‘The Best In The World’s’ successful title defence versus John Cena in the SummerSlam headliner. Del Rio’s title win earned him his first World Championship in WWE, as the aristocrat joined an elite club.

Finn Balor only debuted on main roster WWE television 27 days before his Universal Championship match with Seth Rollins at SummerSlam 2016. In a bout to determine the inaugural Universal Champion, Balor’s alter ego, ‘The Demon King’ overcame the former WWE Champion, Rollins to claim the gold. It was the quickest ascent for any WWE superstar, from main roster debut to World Title in history.

Unfortunately for Balor, there was no chance for him to make his history making victory, a long and triumphant reign. The Irishman was forced to vacate the title the next night on Raw. Hr had suffered a severe shoulder injury during his title winning bout.

Nevertheless, to date, Balor is the final WWE Superstar to have captured his first World Title at WWE’s annual summer spectacular.