Following the 2002 brand split, however, the criteria for the Triple Crown widened somewhat. With two World titles, two mid-card belts and two sets of Tag Team Championships, WWE advised that holding one of each would qualify a wrestler for the Triple Crown.

This meant that many more wrestlers earned an honour, previously reserved for a select few. However, wrestlers who have won both the WWE and WCW Triple Crown is a select club. Only four wrestlers have achieved that feat. This feature counts down each one. 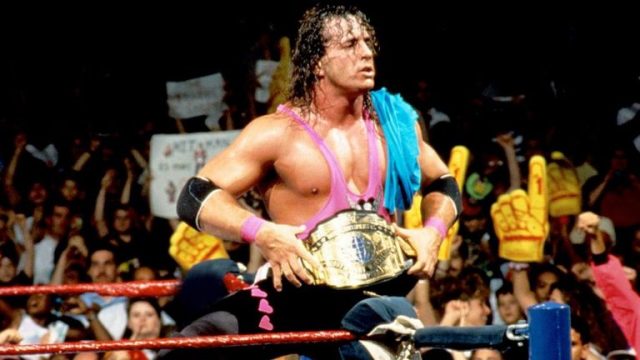 Bret Hart was the first wrestler to complete the Triple Crown in both WWE and WCW. The ‘Hitman’ began his WWE career as part of the Hart Foundation tag team with his brother in law, Jim Neidhart. The pair had phenomenal success, enjoying two long reigns as Tag Team Champions between 1987 and 1991.

From there, Hart embarked on an even more fruitful singles career. He defeated Mr Perfect for the Intercontinental Title in a stunning contest at SummerSlam 1991. He won the belt for a second time in another choice effort opposite Rowdy Roddy Piper.

Hart upset Ric Flair to win his first of five WWE Championships on a House Show in Saskatoon, Canada on October 12, 1992. That completed the WWE Triple Crown. Despite a less than stellar WCW run between 1997 and 2000, the ‘Hitman’ enjoyed enough success to also win the WCW Triple Crown.

Hart won his first belt in WCW, the United States Title on the July 20, 1998 Nitro. He captured the strap twice more later that year.

After a lengthy absence from WCW due to injury and compassionate leave due to the death of his younger brother, Owen, Hart returned in late 1999 and finally won the World Title at Mayhem on November 21. Several weeks later, he also captured the Tag Team Championship with Goldberg on the December 7, 1999. 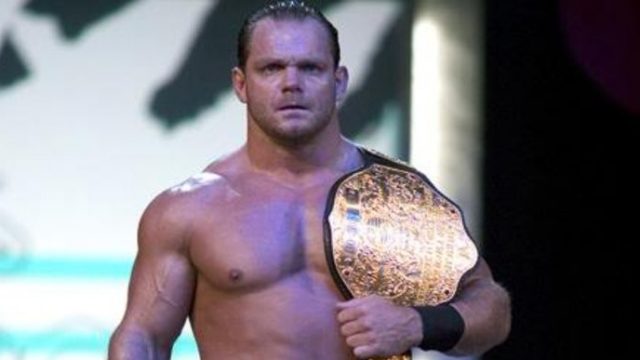 Chris Benoit was a WCW mainstay. After short runs in the company between 1992 and 1993, ‘The Crippler’ signed on full time in late 1995. He soon joined the famed Four Horsemen stable and became an integral part of WCW.

Championship gold would follow. Benoit with Dean Malenko captured the WCW Tag Team Championship from Curt Hennig and Barry Windham at Uncensored 1999 on March 14. Benoit would finally win his first singles title in WCW, the United States Championship on the August 9, 1999 Nitro. He would drop the belt to Sid Vicious at Fall Brawl the following month.

‘The Crippler’s’ WCW tenure culminated in a WCW World Title victory over Vicious at Souled Out on January 16, 2000. With that victory, Benoit achieved WCW’s Triple Crown. However, he left the company the following day. Two weeks later he would resurface in WWE and kicked off an even more successful run there. He won his first Intercontinental Title at WrestleMania 2000 on April 2. That was a belt he would hold a further three times.

Benoit teamed with Chris Jericho to win the Tag Team Championship from Stone Cold Steve Austin and Triple H in a classic encounter on the May 21, Raw. At WrestleMania XX, he completed the WWE Triple Crown as well when he made Triple H submit to win the World Heavyweight Championship in the superlative main event Triple Threat Match, also featuring Shawn Michaels.

Ric Flair was synonymous with the NWA and WCW from the mid-1970s through to 2001. That long run encompassed a mass of championship gold, which included the WCW Triple Crown.

Flair captured six WCW World Titles, five United States Titles and three Tag Team Championships during his NWA/WCW tenure. However, what may be more impressive, is that the ‘Nature Boy’ captured the WWE Triple Crown as well, despite only wrestling for the company between 1991 and 1993 and not re-joining WWE until the age of 52 in November 2001.

‘Naitch’ won his first WWE Championship in the 1992 Royal Rumble Match. Flair famously captured the belt after entering the bout at number three. Following his WWE return in 2001, Flair won the World Tag Team Championship with Evolution stablemate, Batista at Armageddon on December 14, 2003.

At the age of 56, Flair won the WWE Triple Crown when he captured the Intercontinental Title. ‘Naitch defeated Carlito at Unforgiven 2005, on September 18. That victory also made him the oldest title-holder in the belt’s long history.

Booker T spent the majority of his first six years in WCW as part of the tag team, Harlem Heat with his brother, Stevie Ray. Harlem Heat won a record 10 WCW Tag Team Championships during their tenure as a team.

In the summer of 2000, however, Booker T was making a name for himself in the singles division. He captured the WCW World Title in the memorable main event of Bash at the Beach 2000 on July 9. That famously, was the first of five WCW World Title wins for Booker T.

At Greed, the final ever WCW pay-per-view, held on March 18, 2001, Booker T would win the United States Championship from Rick Steiner. That victory ensured that Booker T would be the final WCW Triple Crown winner in history. However, following WCW’s closure, the reigning WCW World Champion would join WWE as part of the Invasion storyline during the summer of 2001. Booker T would win the World Tag Team Championship with Goldust as the odd couple tag team finally triumphed at Armageddon on December 15, 2002.

He finally claimed a WWE World Title in 2006 after he adopted the King Booker gimmick. King Booker defeated Rey Mysterio to win the World Heavyweight Championship at The Great American Bash on July 23, 2006. His reign lasted until Survivor Series on November 26, 2006, when he lost the belt to Batista.

King Booker never won another World Title in WWE. However, his solitary WWE World Championship reign was enough to write his name in the history books, as the final wrestler to win the WCW and WWE Triple Crown.