The WCW Triple Crown was made up of three Championships; the WCW World Title, the WCW United States Title and the WCW Tag Team Championship.

WCW was founded in November 1988 by Ted Turner, after the media mogul bought out Jim Crockett Promotions.

WCW utilised the NWA’s World, United States and Tag Team Championship for the first few years of it’s existence before the latter two titles were rebranded as WCW Championships, retaining the NWA lineage.

The WCW World Championship was established as a separate title to the NWA World Title in July 1991. Lex Luger was the inaugural champion.

Nine wrestlers won the WCW Triple Crown. This feature counts down each one. 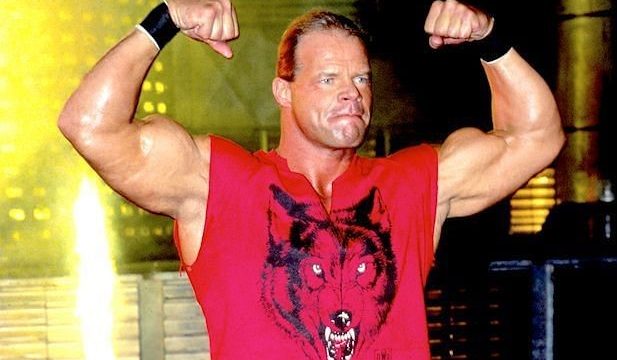 Lex Luger was the first wrestler to achieve the WCW Triple Crown. Luger captured his first of five United States Championships on July 11, 1987 at the Great American Bash event. The then 29-year-old dethroned long reigning champion, Nikita Koloff in a Steel Cage Match.

The future ‘Narcissist’ would team with Barry Windham to win the NWA Tag Team Championship at the inaugural Clash of the Champions show. The pair dethroned the Four Horsemen squad of Arn Anderson and Tully Blanchard in a superlative, heated battle on March 27, 1988.

Luger completed the treble when he became the first WCW World Champion at the 1991 Great American Bash on July 14, 1991. It would be another two years before another WCW wrestler would join Luger in the exclusive Triple Crown club. 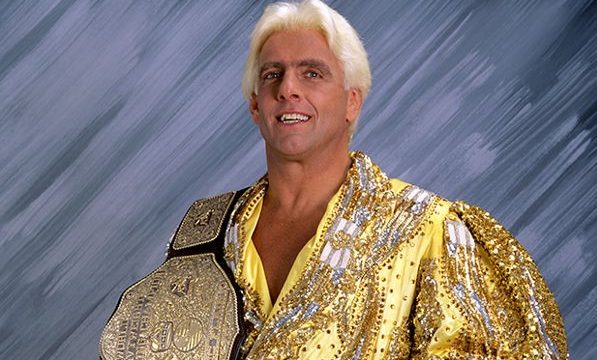 Ric Flair began his wrestling career way back in December 1972 for the AWA. He would soon make a splash in JCP, whom he joined just two years later. ‘The Nature Boy’ captured the NWA Tag Team Championship with partner, Greg Valentine on Boxing Day 1976 dethroning Gene and Ole Anderson.

Flair soon embarked on his legendary singles career and captured his first of six United States Titles on July 11, 1987. The two-time WWE Hall of Famer had held the NWA World Championship on eight occasions before he captured his first WCW World Heavyweight Championship at Starrcade 1993. Flair, in a classic moment, pinned Vader to win the gold and complete the WCW Triple Crown.

The ‘Stinger’ was a mainstay in JCP/WCW from 1987 to the company’s demise in March 2001. He first captured the United States Championship on August 25, 1991 defeating Steve Austin in a tournament final for the vacant belt. Sting would later win another tournament final at the Great American Bash 1995, overcoming Meng to win his second and final US Title.

Sting won his first WCW World Championship at SuperBrawl II on February 29, 1992. ‘The Stinger’ beat his former buddy, Lex Luger to win the gold. It was his first of six WCW World Titles.

Diamond Dallas Page famously began his in-ring wrestling career at the age of 35 back in 1991. Despite a late start, DDP had a hugely successful decade long run in WCW. He won the United States Title at Starrcade 1997 on December 28, toppling Curt Hennig. It was a title he would hold once more the following year, trading the belt with Bret Hart.

DDP finally won the big one, when he captured the WCW World Championship in a four way match with champion, Ric Flair, Hollywood Hogan and Sting. He traded the belt with Sting later that month, before winning his final WCW World Title from Jeff Jarrett the following year.

DDP claimed the Triple Crown when he won the Tag Team Championship with his Jersey Triad buddies, Bam Bam Bigelow and Chris Kanyon. The team overcame Raven and Perry Saturn to win the belts on the May 31, 1999 Nitro. It would be the first of four Tag Team title wins for DDP in WCW.

Bill Goldberg debuted in WCW on the September 22, 1997 Nitro. The newcomer made an immediate splash in the company embarking on a reported 173 match winning streak. That streak encompassed two singles title wins for Goldberg. He captured the United States Championship from Raven in a memorable bout on the April 19, 1998 Nitro. Whilst still recognised as US Champion, ‘Da Man’ defeated Hollywood Hogan in an electric bout also on Nitro, on July 6, 1998.

Goldberg would never reclaim the World Title during his WCW tenure, but did win a second United States belt when he crushed Sid Vicious at Halloween Havoc 1999. He dropped the strap to Bret Hart the next night on Nitro, which set up a lengthy feud and partnership, which culminated in Goldberg completing the Triple Crown.

Goldberg and Hart claimed the WCW Tag Team Championship on the December 7, 1999 episode of Thunder. This would be the only Tag Team title victory in ‘Da Man’s entire career.

However, Hart’s WCW run was underwhelming. Derailed by bad booking, injuries and the tragic loss of his younger brother, Owen, which resulted in a lengthy absence from television, the ‘Hitman’ nevertheless managed to capture the Triple Crown.

He won four United States Championships in WCW. His first victory came on the July 20, 1998 Nitro, when he defeated Diamond Dallas Page for the strap that had been vacated by Goldberg. Hart finally captured the WCW World Title in a tournament final, when he defeated Chris Benoit in the main event of Mayhem on November 21, 1999.

Just over a fortnight later, the ‘Hitman’ completed the treble, when he won the WCW Tag Team Championship. With this victory, Hart claimed the Triple Crown at the exact same time as his partner, Goldberg. Sadly, for Hart, he would be side-lined the following month due to a severe concussion, that would end his in-ring career. 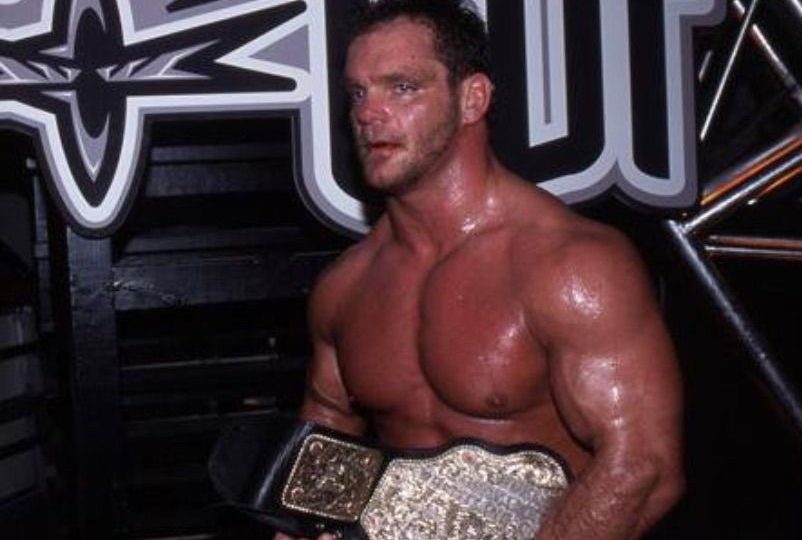 Chris Benoit was the first WCW wrestler to complete the Triple Crown in the new millennium. Benoit had a lengthy career in WCW, beginning his tenure there in short stints in 1992 and 1993, before signing on full time in late 1995.

‘The Crippler’ would soon become a member of the famed Four Horsemen faction and would begin collecting WCW championship gold. His first title win was the Tag Team Championship with Horsemen buddy, Dean Malenko at Uncensored on March 14, 1999. The tandem defeated Curt Hennig and Barry Windham for the belts.

Benoit would win his first singles gold, the United States strap on the August 9, 1999 Nitro. He crushed David Flair to win the belt. He completed the treble at Souled Out on January 16, 2000 when he defeated Sid Vicious to win the World crown. His reign lasted a single day, when Benoit famously left the company on January 17.

‘The Crippler’ debuted in the WWF a fortnight later on the January 31, 2000 Raw, along with fellow defectors, Malenko, Eddie Guerrero and Perry Saturn. 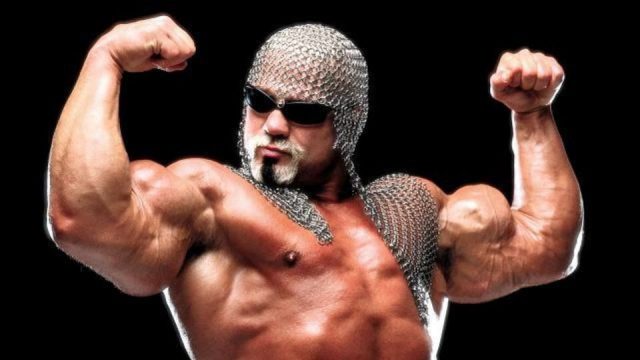 Scott Steiner was a WCW mainstay. He debuted in the company as a wrestler in January 1989. Steiner teamed with his brother Rick and formed a hugely successful tag team that captured numerous Tag Team Titles and accolades. The pair jumped to the WWF in 1992 but returned to WCW in 1996. The brothers first won the Tag Team Championship on November 1, 1989. They defeated The Fabulous Freebirds for their first of seven WCW Tag Team title wins.

Steiner betrayed his brother and joined the nWo at Superbrawl VIII on February 22, 1998. That kicked off a singles run, which culminated in a United States title victory on April 11, 1999 at Spring Stampede. ‘Big Poppa Pump’ defeated Booker T in a tournament final for the vacant strap.

The following year, Steiner finally won the WCW World Championship. He dethroned Booker T to win the solitary World Title of his career at Mayhem on November 26, 2000 to complete the WCW Triple Crown. Steiner dropped the belt back to Booker T on the final episode of Monday Nitro on March 26, 2001.

Booker T spent the majority of his WCW career in a tag team with his brother Stevie Ray. The tandem were known as Harlem Heat and debuted in WCW in the summer of 1993. The brothers teamed together on and off for the remainder of the decade.

Harlem Heat won a record 10 WCW Tag Team Championships. They captured their first Tag Team Title on a WCW Saturday Night taping that aired on January 14, 1995. Harlem Heat last teamed together in early 2000 and ‘The Book’ won his first of five WCW World Titles at Bash of the Beach on July 9, that year.

At the final WCW pay-per-view ever, Greed on March 18, 2001, Booker T won his first United States Championship. With that win, he became the final Triple Crown winner in WCW history.

You can watch these WCW title changes exclusively on the WWE Network.