WCW technically existed in three different decades, although only fleetingly in two of them. The WCW World Championship was its premier title. The company came into being in November 1988 after Ted Turner purchased Jim Crockett Promotions and renamed the league, World Championship Wrestling.

WCW closed its doors shortly after the new millennium in March 2001. Therefore, very few wrestlers held the WCW World Championship in more than one decade. In fact, only three wrestlers did so. This feature lists all of them. 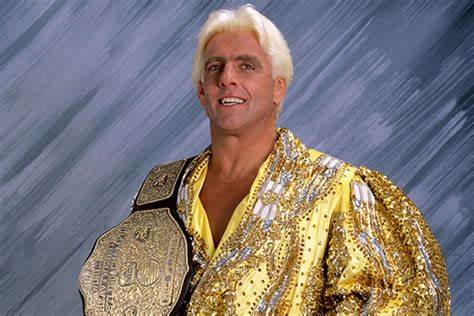 Ric Flair was a prolific winner of World titles. Everyone is aware of that. However, of his 16 recognised World Championships, only six of them were WCW World straps.

‘The Nature Boy’ captured his first WCW World Title at Starrcade 1993, when he dethroned Vader in their classic war. He famously left with the gold in the headliner at Starrcade 1995 as well, where he defeated defending champion, Randy Savage in a Triangle Match also featuring Lex Luger. After short runs with the gold in 1996 and 1999, Flair despite his advancing age would enjoy a further two reigns as World Champion in the 2000s.

At the age of 51, Flair upended Jeff Jarrett for the gold on the May 15, 2000 Nitro. After dropping the belt the following week, Naitch was gifted the strap by new WCW Champion, Kevin Nash on the May 29, 2000 Nitro.

Impressively, Flair held World Championships in four decades (1970s, 80s, 90s and 00s). However, he only held the WCW World Title in two decades due to it’s short existence. ‘The Nature Boy’ would never win another World Title after his final WCW Championship run ended.

Kevin Nash held the WCW World Championship on five occasions. His five reigns only lasted a paltry 96 days. However, they did encompass World title reigns across two separate decades.

His inaugural WCW Championship win infamously occurred in the headliner of Starrcade 1998. Nash, with a little help from his buddy, Scott Hall and a taser ended Goldberg’s 173 match undefeated streak. Nash’s first WCW World Championship reign lasted less than a week. He relinquished the belt to Hollywood Hulk Hogan in yet another baffling booking move. That title change took place in the much maligned ‘Fingerpoke of Doom’ bout on the January 4, 1999 Nitro.

Nash won and lost the belt frequently over the next two years. His final three reigns came in the new millennium. The Outsider’s final WCW World Title win occurred on the August 28, 2000, Nitro, when he defeated Booker T. ‘Big Sexy’ never won another World title after his last WCW World title victory.

He traded the belt with Sting on the April 26, 1999 Nitro before dropping the strap to Kevin Nash at Slamboree, a fortnight later. The New Jersey native won his third and final WCW Championship on the April 24, 2000 Nitro, ensuring he would become the final wrestler to hold the WCW World Title in two different decades.

DDP defeated Jeff Jarrett in a Steel Cage Match but famously dropped the belt to his own team-mate in a bizarrely stipulated Tag Team match-up, pitting himself and actor David Arquette versus Jarrett and Eric Bischoff. Arquette won the gold in a booking decision which regrettably accelerated the demise of the company.

For his part, DDP never held a World title again and retired as a full time performer in 2002.

You can watch all of these WCW World Championship changes exclusively on the WWE Network.