The WWE Championship is WWE’s oldest and most prestigious title. The belt was conceived in April 1963 when WWE broke away from the National Wrestling Alliance.

The WWE Championship has endured as the centrepiece of the most famous wrestling promotion in the world. There have been 141 WWE Championship reigns over the past 58 years. However, only nine have lasted less than one day. This features lists every wrestler to have won and lost the WWE title on the same day.

Andre ‘The Giant’ is one of the most famous wrestlers to have ever lived. The seven foot tall giant was one of the major attractions in wrestling throughout the 1970s and 1980s.

However, Andre would only have a fleeting relationship with the World title. After falling to Hulk Hogan in the famous main-event of WrestleMania III, Andre received another crack at the gold on NBC’s The Main Event special on February 5, 1988. This time in a colossal screw job, Andre defeated Hogan after Earl Hebner counted ‘The Hulkster’s’ shoulders down for the three count, despite him clearly kicking out at one.

Andre was WWE Champion. However, moments later, in a speech, the new champion explained that he was surrendering the belt to ‘Million Dollar Man’ Ted DiBiase who had purchased the title from the ‘Eighth Wonder of the World.’

It may have only lasted a few minutes, but Andre’s solitary WWE Championship reign is one of the most memorable in the title’s six decade history.

The mammoth Yokozuna crushed everyone in his path en route to the main event of WrestleMania IX.

After winning the 1993 Royal Rumble match, Yokozuna set his sights on WWE Champion, Bret ‘Hitman’ Hart. Following a mediocre battle, Mr Fuji threw salt into Hart’s eyes, distracting him long enough for Yokozuna to earn the pin and the title.

However, Mr Fuji unwisely challenged Hulk Hogan to an impromptu title match immediately following his charge’s victory over the ‘Hitman.’ That ended in a quick defeat for the new champion as he succumbed to the ‘Hulkster’ in less than 30 seconds.

Despite the humiliation of winning and losing the WWE Championship in the space of 10 minutes, Yokozuna would recapture the belt from Hogan two months later at the inaugural King of the Ring pay-per-view. 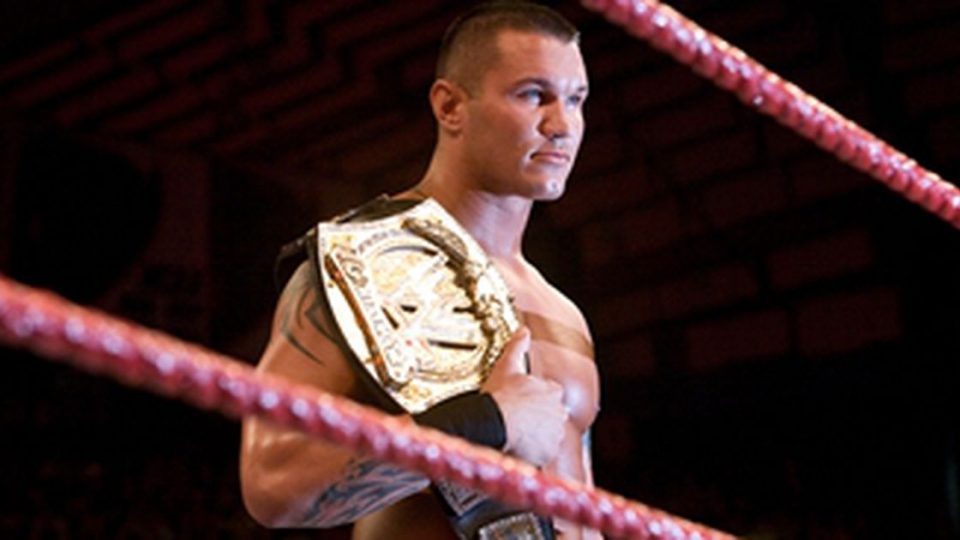 Randy Orton is the youngest World Champion in WWE history. He relieved Chris Benoit of the World Heavyweight Championship in the headliner of SummerSlam 2004.

‘The Viper’ was made to wait before he won his second World title. Orton was awarded the WWE Championship at No Mercy, on October 7, 2007. Orton was declared the new title-holder after defending champion, John Cena was forced to vacate the belt. Orton’s reign was short-lived. Moments after he was anointed champion, ‘The Legend Killer’ was challenged to a title match by Triple H.

‘The Game’ defeated Orton in an impromptu title bout, to become the new champion.

Triple H’s victory over Randy Orton at No Mercy 2007 was not the only title change to take place that night.

‘The Cerebral Assassin’ truncated Orton’s title reign in the opening bout of the card. Incensed at the title switch, WWE Chairman, Vince McMahon ordered Triple H to defend the belt versus Umaga later that night. ‘The Game’ successfully turned back Umaga’s title challenge but was forced to defend the strap again versus Orton in the show’s main event.

On this occasion, ‘The Viper’ earned a measure of revenge by defeating Triple H in a Last Man Standing match. With that victory, Orton won his second WWE Championship of the night and Triple H’s title reign ended around two hours after it began. 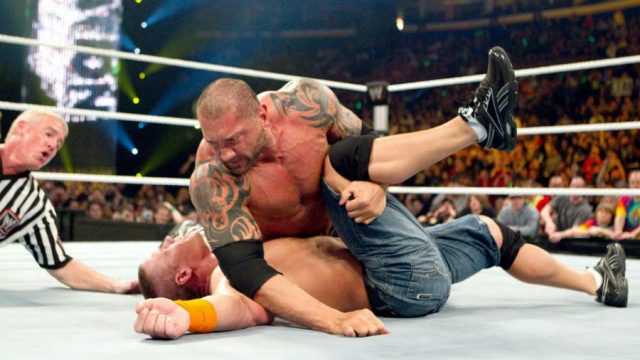 John Cena has won more WWE Championships than any other wrestler. Cena has held the WWE title 13 times during his long career.

His celebrations were truncated however, when Cena was immediately ordered to face Batista following the Chamber bout. 30 seconds later and ‘The Animal’ was the new WWE Champion.

Cena put the ignominy of his brief title run behind him when he defeated Batista in a re-match at WrestleMania XXVI the following month. 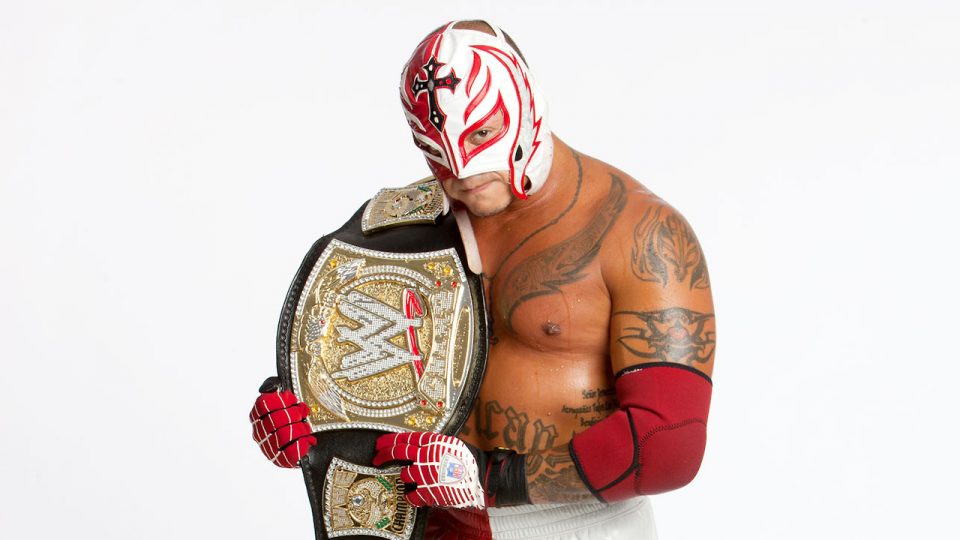 Putting a new WWE Championship up for grabs in a tournament, Rey Mysterio and The Miz progressed to the final. Mysterio overcame Miz to win the WWE title for the first and only time on the July 25, 2011 Raw.

Unfortunately for the master of the 619, his reign would be brief. Mysterio defended the strap versus former champion, Cena in the main event of the same episode of Raw. Cena pinned Mysterio in an entertaining battle. Post-match, Cena was confronted by the returning Punk, which set up a battle of the two champions at SummerSlam 2011.

Daniel Bryan was riding the crest of a wave in the summer of 2013 and fans demanded the leader of the ‘Yes Movement’ be elevated to the main event. They got their wish at SummerSlam 2013. In an incredible match, Bryan defeated WWE Champion, John Cena to win the title.

As Bryan basked in the adulation of the adoring WWE Universe, he was pedigreed by special referee, Triple H. That left him vulnerable to a Money in the Bank cash in from Randy Orton. ‘The Viper’ pinned Bryan to end his first WWE title reign after just a few minutes.

Roman Reigns was originally earmarked to dethrone Brock Lesnar for the WWE Championship in the main event of WrestleMania 31. However, when fans greeted Reigns’s 2015 Royal Rumble victory with derision, Seth Rollins was chosen to supplant Lesnar as champion instead.

‘The Big Dog’ was made to wait for his championship coronation, which eventually came at the 2015 Survivor Series when he defeated his former Shield comrade, Dean Ambrose in a tournament final for the vacant strap.

Moreover, the victory party was short-lived. Moments after his long awaited title win, Reigns was attacked by the Money in the Bank contract holder, Sheamus.

After an impromptu title match, Sheamus pinned Reigns to become a four-time WWE Champion. However, despite the humiliation of his title defeat, Reigns would bounce back and reclaim the gold from Sheamus several weeks later.

At WrestleMania 31, Seth Rollins used his Money in the Bank contract to great effect. The former Shield member cashed in his contract on his former buddy, Roman Reigns to lift the WWE Championship.

However, the following year, the Money in the Bank briefcase would come back to haunt Rollins. ‘The Architect’ ended Reigns’s WWE title run at the 2016 Money in the Bank pay-per-view to become a two-time World Champion. On this occasion, moreover, the title reign would be short-lived.

Moments after his victory, Rollins was blind-sided by his former Shield ally, Dean Ambrose. ‘The Lunatic Fringe’ smashed the new champion with the Money in the Bank briefcase and pinned him to win the WWE Championship.

Rollins’s second WWE title reign lasted just a few minutes. ‘The Architect’ remains the final wrestler to have won and lost the WWE Championship on the same day.

You can watch all of these WWE Championship wins and losses exclusively on the WWE Network.

Kenny and Fin are back to talk about the NWA’s all female PPV, EMPOWERRR, rumours… Watch

Kenny and Sean are back to talk about Sean’s trip to Jacksonville, Piper Niven, WWE… Listen