This feature runs down every wrestler to have held both the WWE and WCW World Championships. 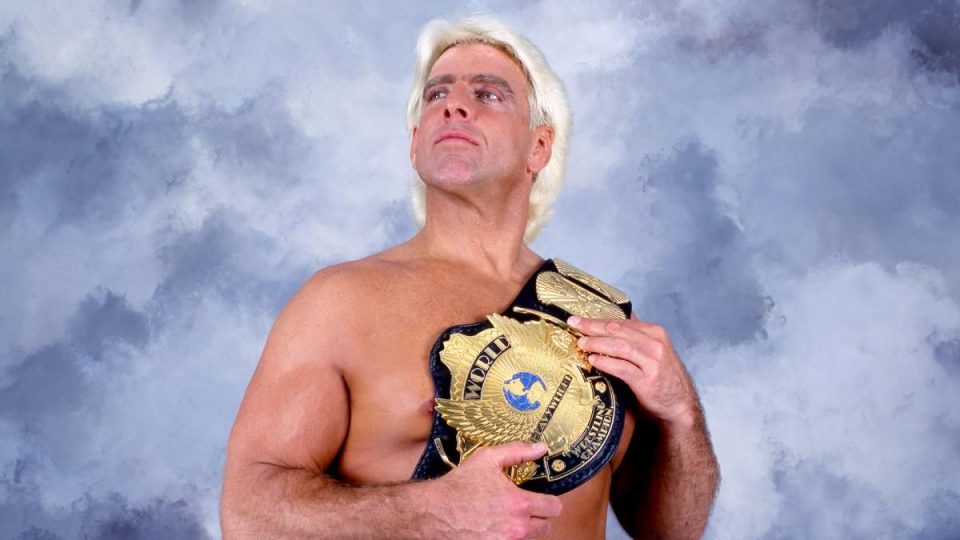 Ric Flair’s world title history is complicated. WWE bill him as a 16-time World Champion, even though it is well documented the ‘Nature Boy’ has won many more world titles during his legendary career. What is universally agreed however, is that Flair won lots of world championships.

Flair held the NWA World Championship on eight occasions before he jumped to WWE in the summer of 1991. In January 1992, Flair won the WWE Championship for the first time when he won the 30-Man Royal Rumble Match. The following January, the ‘Nature Boy’ departed WWE and re-joined WCW. In December of 1993, Flair defeated Vader in a classic bout at Starrcade to become WCW World Champion for the first time.

That win made Flair the first wrestler to hold both world titles.

Hulk Hogan is one of the most honoured world champions in wrestling history. He has won an impressive 12 world titles across WWE and WCW.

The ‘Hulkster’ won his first WWE Championship in January 1984 when he crushed The Iron Sheik. A decade later, Hogan jumped to WWE’s rival, WCW and won their world title on his debut match. Hogan defeated Ric Flair in the first ever meeting on pay-per-view between the two legends to win the WCW World Championship.

Over the next five years, ‘The Hulkster’ would win five more WCW world titles. Hogan returned to WWE in February 2002, one year after WCW was bought out by WWE. He would win his 12th and final world title when he claimed his sixth WWE Championship by defeating Triple H at Backlash on April 21, 2002.

Hogan was just the second wrestler, following Flair, to win both titles.

‘Macho Man’ Randy Savage won four matches at WrestleMania IV to claim his first WWE Championship in a tournament for the vacant belt.

He defeated Ric Flair at WrestleMania VIII to win his second WWE Championship. Savage was phased out from in-ring competition in 1993-94 and joined WCW in December of 1994, believing he had much still to offer as a wrestler. The ‘Macho Man’ was correct. He also had much more gold in his future.

Although he never held the WCW world title for long, he did claim the title four times between 1995 and 1999. With those title wins, he joined an elite group of wrestlers to have won both WWE and WCW world titles.

‘Big Daddy Cool’ Diesel won his only WWE World Championship when he defeated veteran, Bob Backlund at a house show in November 1994.

Diesel would reign as champion for one year, before dropping the strap to Bret ‘Hitman’ Hart at the 1995 Survivor Series. Kevin Nash dropped the Diesel name when he jumped to WCW in mid-1996 but surpassed his success in WWE by forming the nWo with his buddy Scott Hall and Hulk Hogan.

He finally won the WCW world title by famously ended Goldberg’s 173-0 undefeated streak at Starrcade 1998. With that victory he also joined the elite club of wrestlers to have won both world titles.

Paul Wight was billed as Andre ‘The Giant’s’ son when he first appeared on WCW television during the summer of 1995.

Billed as The Giant, Wight shockingly defeated Hulk Hogan to win the WCW World Championship in his debut match at Halloween Havoc 1995. Due to the controversial nature of his victory; a clause was added by Hogan’s manager, Jimmy Hart unbeknownst to the ‘Hulkster’ which dictated Hogan could lose the strap by disqualification, which is exactly what occurred on the show.

However, there was no controversy regarding The Giant’s second world title reign. He squashed WCW Champion, Ric Flair on the April 22, 1996 Nitro to regain the belt. His title reign was finally terminated by Hogan, who had recently formed the New World Order with Kevin Nash and Scott Hall at Hog Wild in August.

Three years later, The Giant would join WWE as The Big Show. Just nine months after his debut, Big Show would win his first of two WWE Championships at the 1999 Survivor Series. His final WWE title win would also occur at Survivor Series in 2002.

With title wins in both WWE and WCW, Big Show is part of an elite club and at just 27 years of age in November 1999, he is the youngest wrestler to achieve the feat. 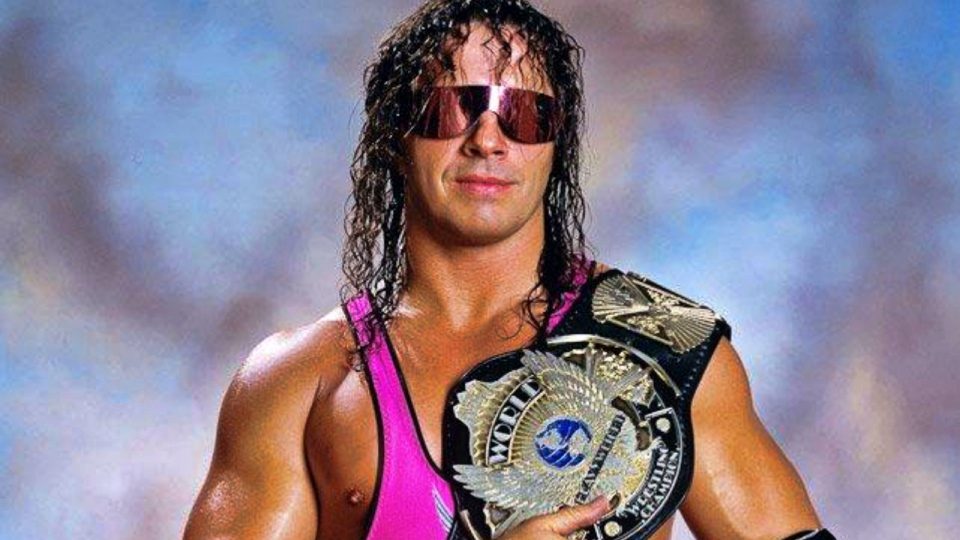 Bret ‘Hitman’ Hart shocked the world when he defeated Ric Flair to win his first WWE Championship at a House Show in Saskatoon, Canada.

The title win was also a surprise to Hart himself, who originally thought WWE Chairman, Vince McMahon was going to fire him when he summoned Hart to his office to advise him of the title change. The title switch was necessitated by an injury to new champion Flair. Hart’s inaugural title run was not viewed as a success owing to a dearth of credible challengers and WWE business being at an all time low. However, Hart’s work ethic and connection with the WWE’s audience, led to him winning four further WWE titles.

When he left WWE in acrimonious circumstances in late 1997, Hart left behind an enviable legacy. The ‘Hitman’s’ WCW tenure between 1997-2000 is not remembered as fondly. Hart was never presented as a headliner. Regrettably he saw his route to the top of the card blocked by the same names that had dominated WWE’s headline scene prior to Hart’s ascension as WWE Champion.

In November 1999, Hart finally claimed the WCW World Championship versus Chris Benoit in a tournament final at Mayhem. He successfully defended the strap at Starrcade 1999 wherein Vince Russo booked a re-run of the Montreal Screwjob. Hart nonsensically vacated the belt and regained it on the same episode of Nitro on December 20, 1999 in an angle which facilitated his heel turn.

Unfortunately, a concussion suffered by Hart in the Starrcade headliner would prove career ending. Hart would never wear a world title in either company again. 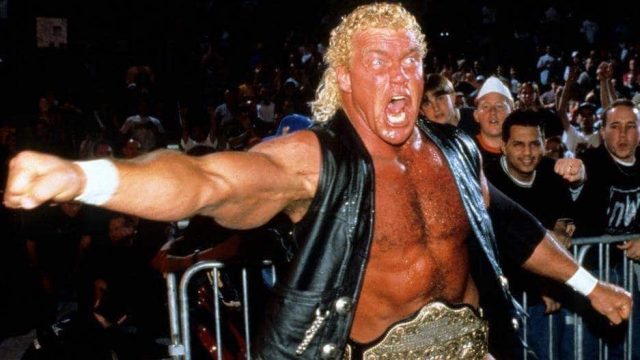 ‘Sycho Sid’ is a four-time world champion. He won his first world title in WWE when he dethroned Shawn Michaels in the memorable top liner of the 1996 Survivor Series.

Sid’s reign would be short lived however and he dropped the belt back to Michaels two months later at the 1997 Royal Rumble in HBK’s home town of San Antonio, Texas. He regained the title the following month when he defeated Bret Hart for his second WWE strap. His second title run was even more brief than his first as he dropped the belt to The Undertaker in the main event of WrestleMania 13.

‘The Millennium Man’ would win further gold when he returned to WCW in 1999. Sid won the WCW world title twice in January 2000. He was stripped of his second WCW World Championship on the April 10, Nitro when the new regime of Eric Bischoff and Vince Russo took over WCW.

Despite the ignominious end to his final world title reign, Sid’s title wins in both WWE and WCW ensure he will always be a member of an elite club.

Kurt Angle was one of the fastest rising stars in WWE history. From his WWE debut at the 1999 Survivor Series, only 11 months elapsed before his first WWE world title win.

Angle’s second world title would be the WCW World Championship which he wrested from Booker T on the July 26, 2001 SmackDown. That reign was short lived as the Olympian dropped the belt back to Booker T on the following episode of Raw. ‘The Wrestling Machine’ would win three more WWE Championships and a World Heavyweight title in WWE before he departed the company in the summer of 2006. Angle would win several more world titles in TNA (now Impact Wrestling) and Japan over the subsequent decade.

Despite his wide array of accolades, holding both WWE and WCW world titles rank high on Angle’s list of career achievements. 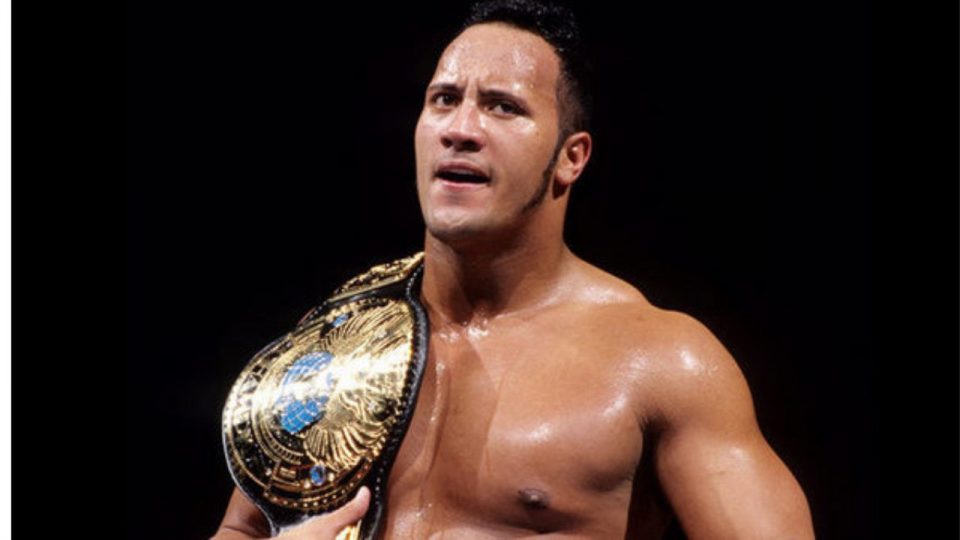 The Rock never worked for WCW. He did however win two WCW world titles during the WCW/ECW invasion of WWE in the summer and fall of 2001.

‘The People’s Champion’ dethroned 5-time WCW World Champion, Booker T in the main event of SummerSlam 2001. The Rock traded the belt with Chris Jericho in October. He dropped the strap to ‘Y2J’ once more at Vengeance on December 9, 2001.

Prior to his WCW title victories, ‘The Great One’ had racked up six WWE title wins by the age of 28. He would win a seventh in 2002. He won his final world title in January 2013 following his long awaited return to the company in 2011.

The Rock was the ninth man to achieve the impressive feat of holding both the WWE and WCW World Championships. 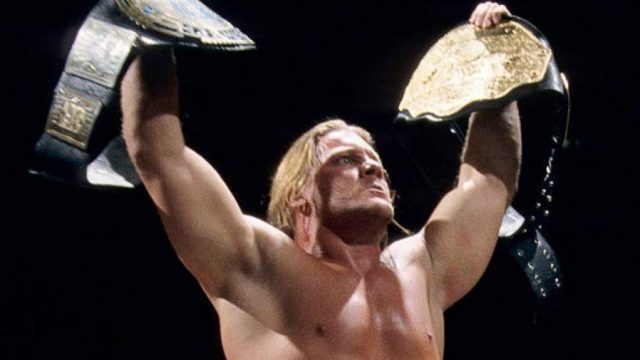 Chris Jericho never won the WCW world title during his three year run in the company between 1996-1999.

That fact is what led ‘Y2J’ to jump ship to WWE in the summer of 1999. Just two years later, Jericho finally won his first world title at No Mercy 2001 when he defeated The Rock to win the WCW Championship. The WCW world title was now active in WWE following their buyout of WCW in March that year.

Jericho would defeat The Rock again at Vengeance in December. Later the same night, he would also relieve Stone Cold Steve Austin of the WWE Championship. Those two title victories made ‘The Ayatollah of Rock ‘n’ Rolla’ the first Undisputed Champion in wrestling history.

Jericho’s WWE title win made him the final wrestler to have won both the WWE and WCW world titles.

You can watch all of these WWE and WCW World Championship title changes exclusively on the WWE Network.