Halloween Havoc was one of WCW’s flagship pay-per-view events. The show took place each October between 1989 and 2000. Only Starrcade took place more times under the WCW banner. However, despite the event’s longevity, only four wrestlers headlined Halloween Havoc more than once. This feature lists each one.

Ric Flair was synonymous with Starrcade. However, he also had an impressive record at Halloween Havoc. However, surprisingly ‘The Nature Boy’ only headlined the show twice.

Flair headlined the first Havoc pay-per-view. The WCW World Champion teamed with Sting to battle Terry Funk and The Great Muta in a Thunder Dome Cage Match. The match could only be won when the opposing team threw the towel in.

In a heated and action-packed match-up, the faces defeated the heels in a contest that was only marred by the screwy finish. Gary Hart, who accompanied Funk and Muta was decked by a right hand from Ole Anderson, causing him to drop the towel. The special referee, Bruno Sammartino, adjudged that to be a submission and awarded the bout to Flair and Sting.

Flair next headlined Havoc in 1994. Challenging Hulk Hogan for the WCW World Title, ‘The Nature Boy’ lost to ‘The Hulkster’ and per the pre-match stipulation was forced to retire. Flair would return to action less than six months later.

Sting had a long history at Halloween Havoc. ‘The Icon’ competed in the first and last Havoc pay-per-view. However, somewhat surprisingly, ‘The Stinger’ only headlined the event on three occasions. He partnered Ric Flair to battle Terry Funk and The Great in the inaugural Havoc headliner. An excellent bout, which helped set up Sting’s main event push the following year.

At Halloween Havoc 1990, Sting defended his WCW World Championship against Sid Vicious in a bafflingly booked bout. Vicious apparently won the match, but had pinned Barry Windham, in Sting make-up. ‘The Stinger’ who was apparently not in on the con, stumbled out and pinned Vicious, while he was celebrating. That was WCW’s way of booking their star babyface.

Sting was made to wait nearly a decade for his final Havoc main event. However, it was not a happy one for ‘The Icon.’ He was crushed by Goldberg in just three minutes. 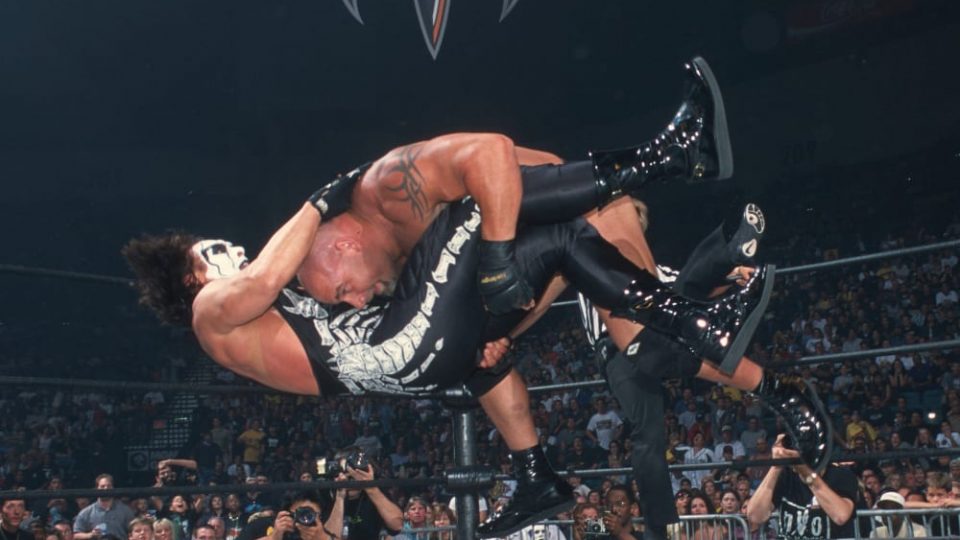 Goldberg competed at three Halloween Havoc events and headlined every single one of them. His first Havoc match was a blinder. Goldberg defeated Diamond Dallas Page in one of the best bouts of both men’s careers. Far more competitive than the usual Goldberg contest, the Las Vegas crowd bit for every near fall and were glued to the action.

At Havoc 1999, Goldberg pulled double duty. Earlier in the night, he crushed Sid Vicious by TKO in a bloody battle for the United States Championship. In the headliner, he smashed Sting to seemingly win the WCW World Title in an impromptu challenge. The title change was declared null and void the next night on Nitro in a typical Vince Russo swerve.

There was little memorable about ‘Da Man’s’ final Havoc main event. Goldberg battered Kronik in a Handicap Match in under four minutes. 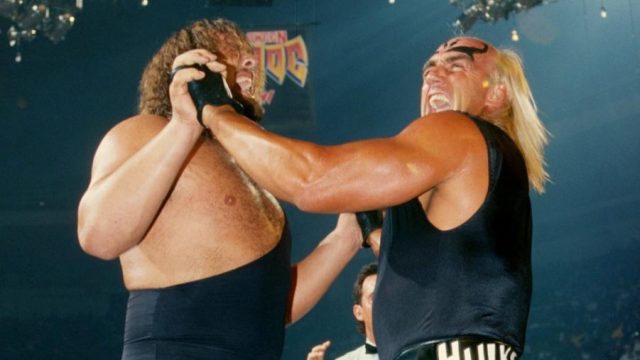 Hulk Hogan headlined an incredible four consecutive Halloween Havoc events between 1994 and 1997. Hogan defeated Ric Flair in a bout that was billed as a ‘Retirement Match’ with Hogan’s WCW World Title at stake, in the Halloween Havoc top liner. Although their battle three months earlier at Bash at the Beach had been an excellent contest, full of drama and extra curricular activity, their rematch, with more at stake, was decidedly bereft of action and atmosphere.

It was also the set-up for a Starrcade main event between ‘The Hulkster’ and ‘The Butcher’ Ed Leslie, incredibly. Hogan was still WCW World Champion, the following year. However, in controversial circumstances, ‘The Hulkster’ dropped the belt to The Giant, in Paul Wight’s in-ring debut. In typical Hogan fashion, he lost the title via DQ when his manager, Jimmy Hart betrayed him.

At Halloween Havoc 1996, Hogan, now billed as ‘Hollywood Hogan’ had undergone an attitude change and aligned with The Outsiders, Scott Hall and Kevin Nash to form the nWo. He successfully defended the WCW World crown versus Ric Flair in a decent battle.

Hogan’s final Havoc main event occurred in 1997. In a non-title bout, Hogan was defeated by ‘Rowdy’ Roddy Piper in an embarrassing match-up, bereft of the atmosphere which had made their Starrcade headliner the previous year so memorable.

No-one headlined more Halloween Havoc events than ‘The Hulkster.’ Although, regrettably, most of those matches failed to deliver.

You can watch every Halloween Havoc pay-per-view exclusively on the WWE Network.