WrestleMania is WWE’s flagship show, playing host to the biggest matches and moments in company history. Starrcade was WCW’s premier event from its inception in 1983 through to its final show in 2000.

Across 36 WrestleManias and 18 Starrcades, only six men have wrestled in the main events of both. 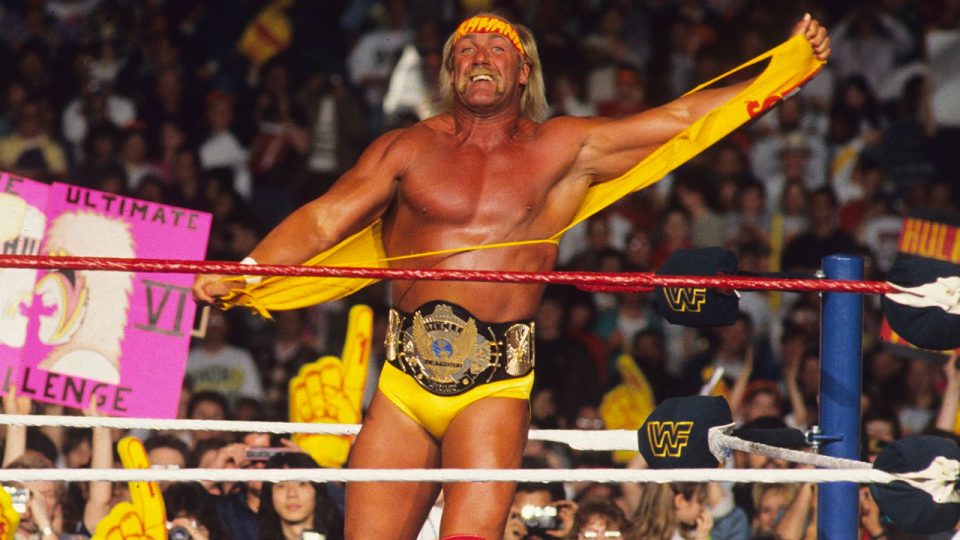 Hulk Hogan is one of the most enduring headliners of all time. With unmatched charisma, no-one could work a crowd like the ‘Hulkster’. It’s no surprise then that Hogan was the star man in both the WWF and WCW. Hogan headlined eight of the first nine WrestleMania events, earning himself and the WWF, millions of pounds in the process.

The ‘Hulkster’ jumped to the WWF’s rival, WCW in the summer of 1994 and helped the company supplant the Federation as the number one wrestling promotion in the world. Hogan headlined the 1994, 1996 and 1997 Starrcade main events. His clash with Sting at Starrcade 1997 was the most financially successful WCW pay-per-view ever.

Hogan dominated the WWF and WCW in the 1980s and 1990s. Few wrestlers are more synonymous with WrestleMania or Starrcade. 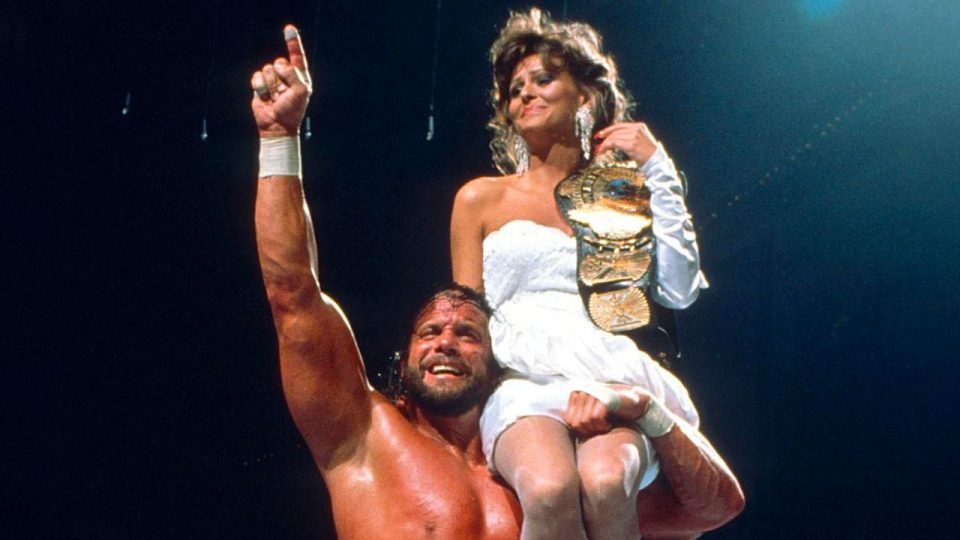 Macho Man Randy Savage defeated four men en route to winning a tournament final in the headliner of WrestleMania IV to temporarily supplant Hulk Hogan as the number one guy in the WWF. Fast forward 12 months and Savage defended that same title versus Hogan in the main event of WrestleMania V.

Although Savage would hold the WCW World title four times, he never held the strap for long and only headlined one Starrcade event. In said title defence, he dropped the bout to perennial foe Ric Flair in a decent bout.

Savage, therefore, like his great friend and rival the ‘Hulkster’, shares the distinction of headlining both WrestleMania and Starrcade.

Rowdy Roddy Piper holds the distinction of wrestling in the main event of the first ever WrestleMania. However, it would be the only time he ever did so, despite working for the WWF on and off for another decade. Piper resurfaced in WCW in October 1996 and was immediately thrust into a high profile programme with WCW World Champion, Hulk Hogan.

In a non-title bout, Piper defeated Hogan in the top liner of Starrcade ‘96, earning a rare distinction in the process. 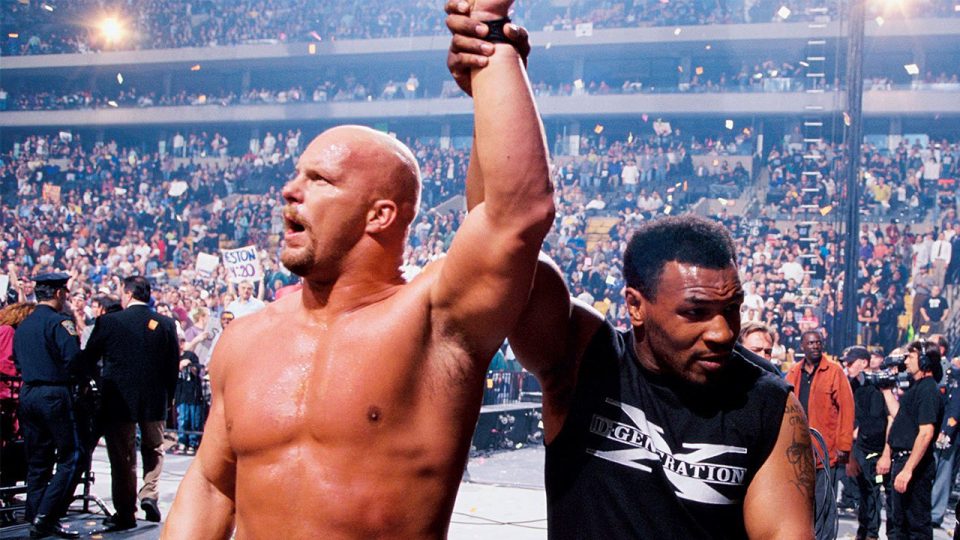 When wrestling fans think of ‘Stone Cold’ Steve Austin, they don’t instantly think of Starrcade. However, Austin did wrestle at two Starrcade events in 1991 and 1993. His 1991 appearance included a main event at Starrcade 1991. After wrestling and winning his tag team encounter with partner Rick Rude versus Van Hammer and Big Josh, Austin qualified for the BattleBowl main event, won by Sting.

After being fired by WCW in Autumn 1995, Austin resurfaced in ECW before signing with the WWF in December. By the time 1998 rolled around, the summit of the business was in sight for ‘Stone Cold’ and he defeated Shawn Michaels for the WWF Championship in the main event of WrestleMania XIV. Austin headlined two further ‘Mania’s versus The Rock in 1999 and 2001, winning the World title in both.

Although, ‘Stone Cold’ is most closely associated with WrestleMania, his WCW run was notable and even as a mid-carder was worthy of a Starrcade main event. 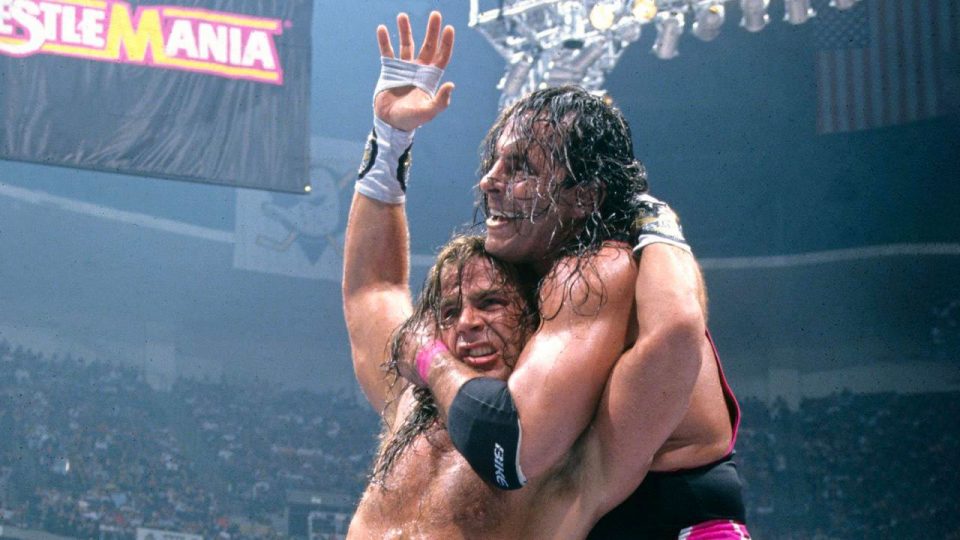 However, even if you don’t count WrestleMania IX as a headline appearance for Hart, the ‘Hitman’ main-evented ‘Mania proper the following year in a title re-match with Yokozuna. He also headlined WrestleMania XII in a WWF title defence versus Shawn Michaels. After nearly 14 years in the WWF, Hart joined WCW in December 1997. His first and only appearance at Starrcade took place at Starrcade ‘99. Hart successfully defended the WCW World title versus Goldberg in the headliner that year.

One of the only items of interest in Hart’s WCW career is the fact he joined an elite list of wrestlers who have main-evented both WrestleMania and Starrcade. 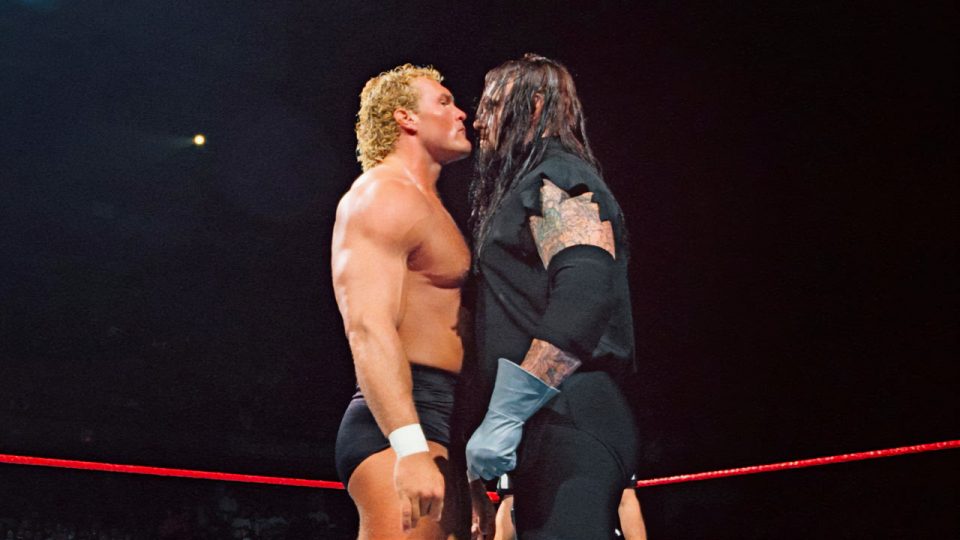 It might surprise some that Sid Vicious has main evented two WrestleMania’s and one Starrcade. This is because WWE rarely mentions the former WWE and WCW World Champion on it’s broadcasts and he is yet to be inducted into the WWE Hall of Fame. Vicious was a major star in the late 1980s and throughout the 1990s. A successful run as one half of the Skyscrapers tag team with Dan Spivey led to a singles run in JCP/WCW.

Vince McMahon saw Vicious as a potential successor to Hulk Hogan. He poached the giant and brought him to the WWF in the summer of ‘91. Vicious opposed Hulk Hogan in the main event of WrestleMania VIII, losing by disqualification. However, he earned the distinction of kicking out of the ‘Hulkster’s’ patented Legdrop of Doom, when Papa Shango was late to interfere in the contest. Vicious lost the WWF Championship in the WrestleMania 13 main event before also coming up short in his WCW World title challenge at Starrcade 2000 versus Scott Steiner.

Despite an 0-3 record in flagship main events, Vicious remains part of an elite club to have headlined both WrestleMania and Starrcade.

All WrestleMania and Starrcade events are available to view on the WWE Network.